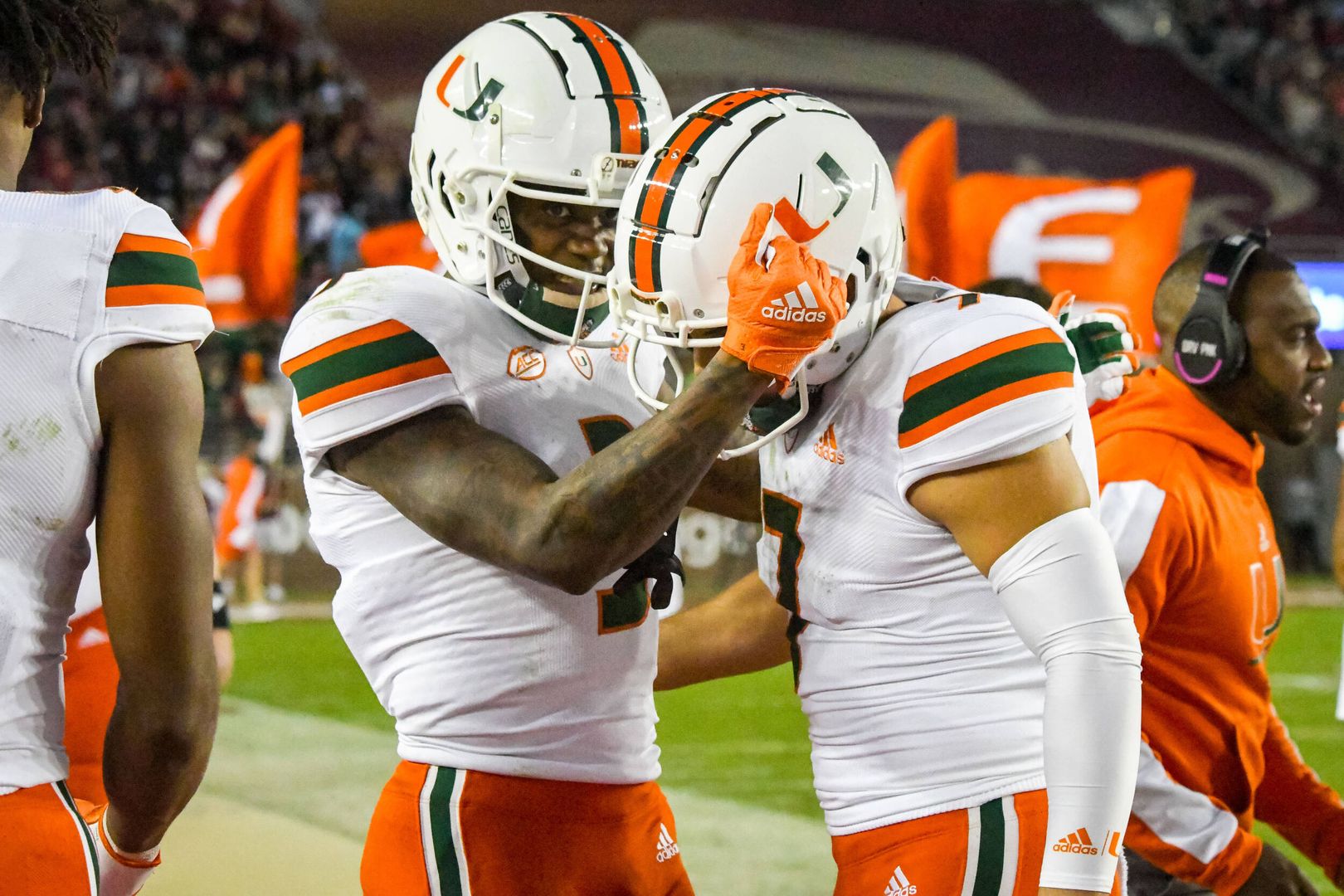 Trailing 28-23 with just more than two minutes to go, Florida State (4-6, 3-4 ACC) drove down the field and scored the go-ahead touchdown on a 1-yard run from quarterback Jordan Travis with 26 seconds remaining.

Quarterback Tyler Van Dyke threw for 296 yards with four touchdowns and two interceptions. But an uneven first half saw Miami turn the ball over three times, and Florida State’s late comeback effort was just enough to win its first game over Miami since 2016.

Down 17-0, Miami got on the scoreboard with a touchdown pass from Van Dyke after a well-orchestrated offensive drive by coordinator Rhett Lashlee. A similar trick play to the one called in its road win over Pitt saw tight end Will Mallory burst free for 45 yards up the visitors’ sideline.

Three plays later, Van Dyke hit Key’Shawn Smith for a five-yard touchdown pass to cut the deficit to 17-7. It was Smith’s third straight game with a touchdown catch.

Despite their offensive struggles in the first half, Miami entered the halftime locker room trailing only 20-7.

The Hurricanes capitalized on one of Florida State’s first miscues of the day – a fumble from running back Jashaun Corbin early on the Seminoles’ second drive of the third quarter. The Hurricanes took over on the Florida State 38 after the loose ball was recovered by defensive tackle Nesta Jade Silvera, who celebrated by wearing the turnover chain for the first time this season.

Miami quickly moved up the field, with Van Dyke hitting Mallory on an 8-yard gain and freshman Thad Franklin adding 18 more on a reception to set up inside the FSU 10.

On 2nd and Goal, a pass intended for Smith deflected off the wide receiver’s hands and somehow landed in the arms of Harley in the back of the end zone to cut Florida State’s lead to 20-14.

Miami took its first lead of the game on its next drive, which started on its own 3 yard line. Van Dyke marched the Hurricanes down the field 97 yards on 11 plays in a drive that took 3:57 to complete and culminated in a 4-yard touchdown pass to Mallory on 4th and Goal.

An eye-popping play from Jaylan Knighton on a pass over the middle from Van Dyke pushed Miami’s lead to 28-21. Knighton bounced off an attempted tackle from Florida State’s Jarvis Brownlee and spun the other direction, racing into the end zone for a 35-yard touchdown reception.

The Seminoles kicked a 29-yard field goal with 4:43 remaining before winning the game on their final offensive drive.