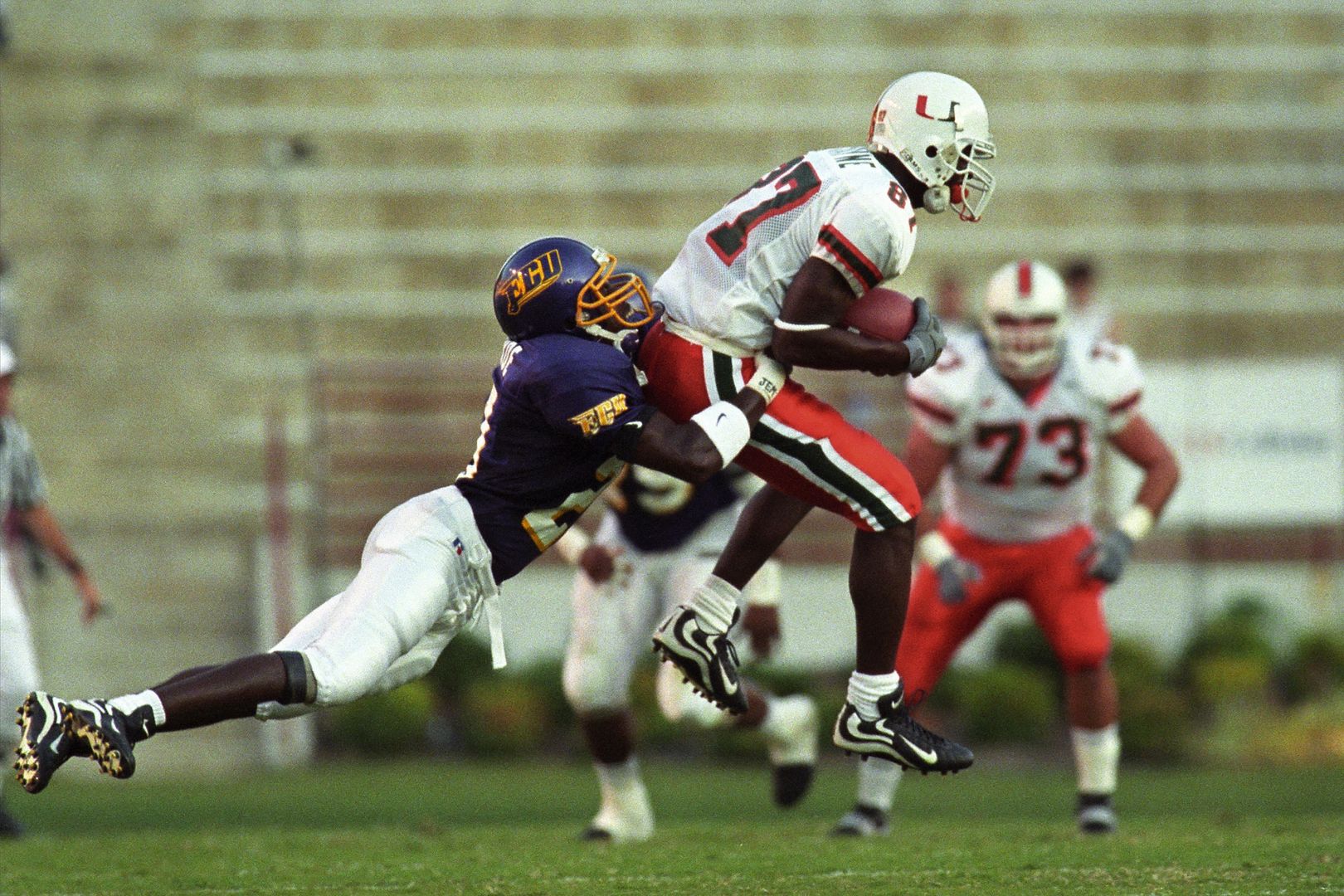 Named 1997 BIG EAST Rookie of the Year, a Sporting News Freshman All American and second-team all-conference, Wayne led the Hurricanes with 640 yards receiving on 48 catches, the latter breaking Michael Irvin’s previous school freshman record of 46. In 1998, Wayne again led Miami with 42 receptions, and was second in receiving yards (629) despite missing two games with an ACL injury.

As a junior in 1999, Wayne caught 40 passes for 486 yards and four touchdowns. As a senior in 2000, he led the team with 755 yards receiving and a 17.6 yards per catch average on 43 receptions. Wayne’s 10 touchdowns in 2000 are tied for third-most in a single season all time at Miami. A first-round draft pick of the Indianapolis Colts, Wayne was selected to six Pro Bowls over the course of his career and also won a Super Bowl title. He remains Miami’s school career leader in total receptions with 173 and ranks a close second to Santana Moss in receiving yards (2,510).

This year’s class will be honored during the ACC Football Honors presented by the Charlotte Sports Foundation at the Blumenthal Arts Center’s  Booth Playhouse on the evening of Friday, Dec. 3, and during the on-field pregame festivities at the 17th annual Subway ACC Football Championship Game, set for 8 p.m. on Saturday, Dec. 4,  at Charlotte’s Bank of America Stadium.

The ACC Football Honors show will air on Dec. 13 at 7 p.m. on ACC Network.