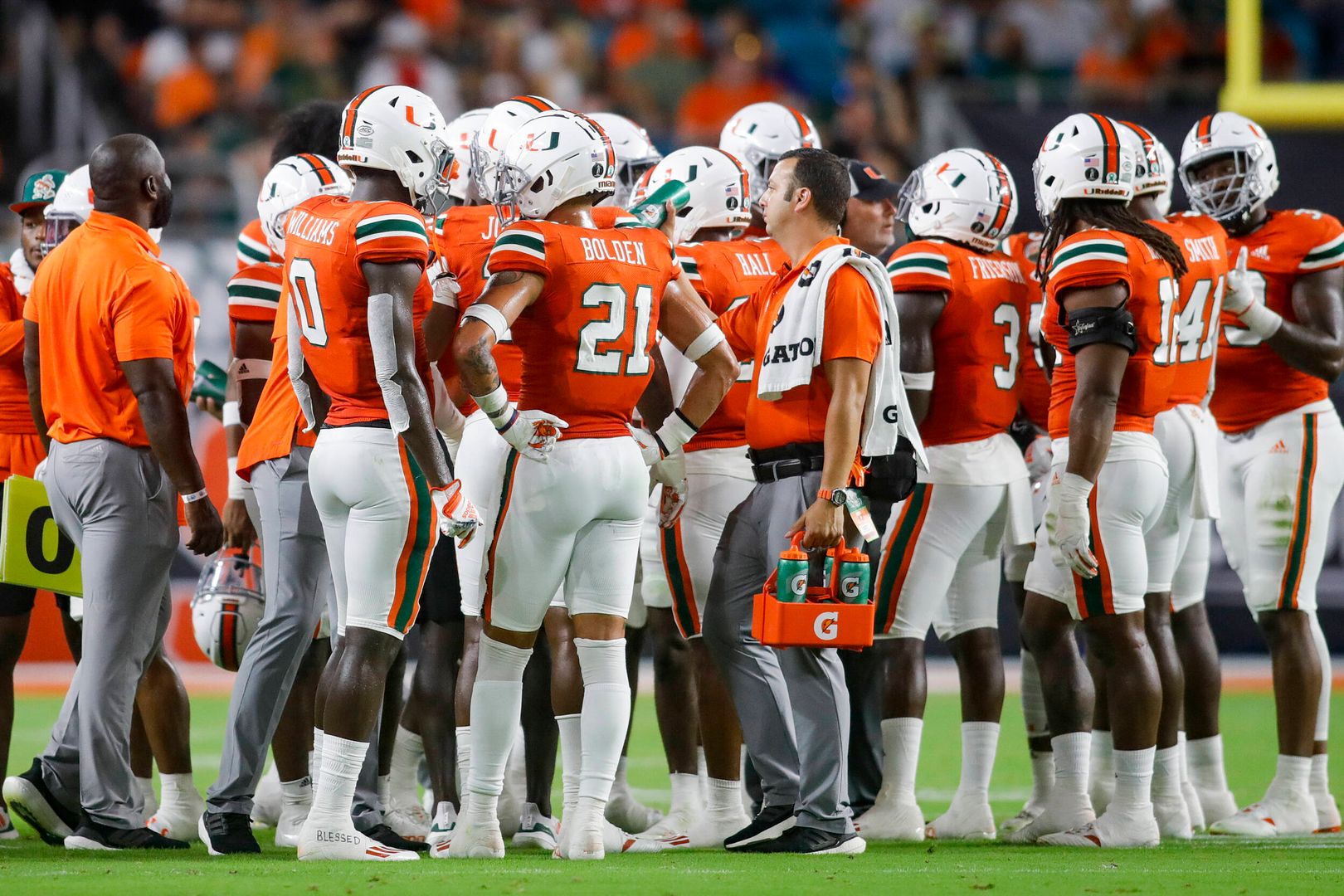 With three seconds left, the Miami Hurricanes, who were down by as many 13 points, lined up for the game-winning 33-yard field goal.

The field goal attempt clanged off the left upright as time expired, giving the Virginia Cavaliers a 30-28 win over the Hurricanes Thursday evening at Hard Rock Stadium.

“There is a lot of hurt in that locker room right now,” Miami head coach Manny Diaz said. “It was a game of missed opportunities. Our guys believe though and that was on the verge of being something remarkable with what this team has gone through.”

Then, junior tailback Cam’Ron Harris broke off a 57-yard touchdown run, pulling the Hurricanes with one possession.

The Cavaliers answered with a field goal in the opening minutes of the fourth quarter to push their advantage up to 30-21.

Despite Miami having its backs against the wall, Van Dyke wasn’t fazed.

He orchestrated a 9-play, 75-yard drive, capped off by a 24-yard quarterback keeper, bringing the Hurricanes back within two.

“What I know is what I just saw in the fourth quarter when there was not a lot of evidence that we could do what we did right there and give us a chance to win the game,” Diaz said. “The guys believe in each other. There’s not a person I’d rather line up to kick that field goal than Andy Borregales. I think everyone on that sideline thought we were going to win the football game and that we had done enough to win the football game.”

The Hurricanes scored on three of their final five possessions. Meanwhile, defensively, Miami held the Cavaliers to just three points over the final 20-plus minutes.

“I have to give credit to the offense, they really kept me up when things weren’t going well,” Van Dyke said. “They told me to keep my head up and I just went out there and made plays in the second half. Guys made plays for me. Mike Harley, Cam’Ron Harris ran the ball really well, Charleston Rambo, too. I’m just really proud of all those guys.”

Harley recorded six catches for 45 yards and one touchdown. The fifth-year senior moved into sole possession of third place in career receptions in program history.

Virginia entered Thursday evening’s contest leading the country in passing yards per game with 430.5. The Hurricanes held the Cavaliers to a season-low 268 yards through the air.

“As a team, we all have the understanding that we still have a lot to fight for. Everything else on the outside, we can’t really focus on that. We care about each other. We want to play better for the man next to us,” sixth-year senior defensive end Zach McCloud said. “Going into this bye week, if we spend the whole time being sad about a loss without taking the time to get better and learn a lesson from the loss, then that will show and we can’t let that happen.”