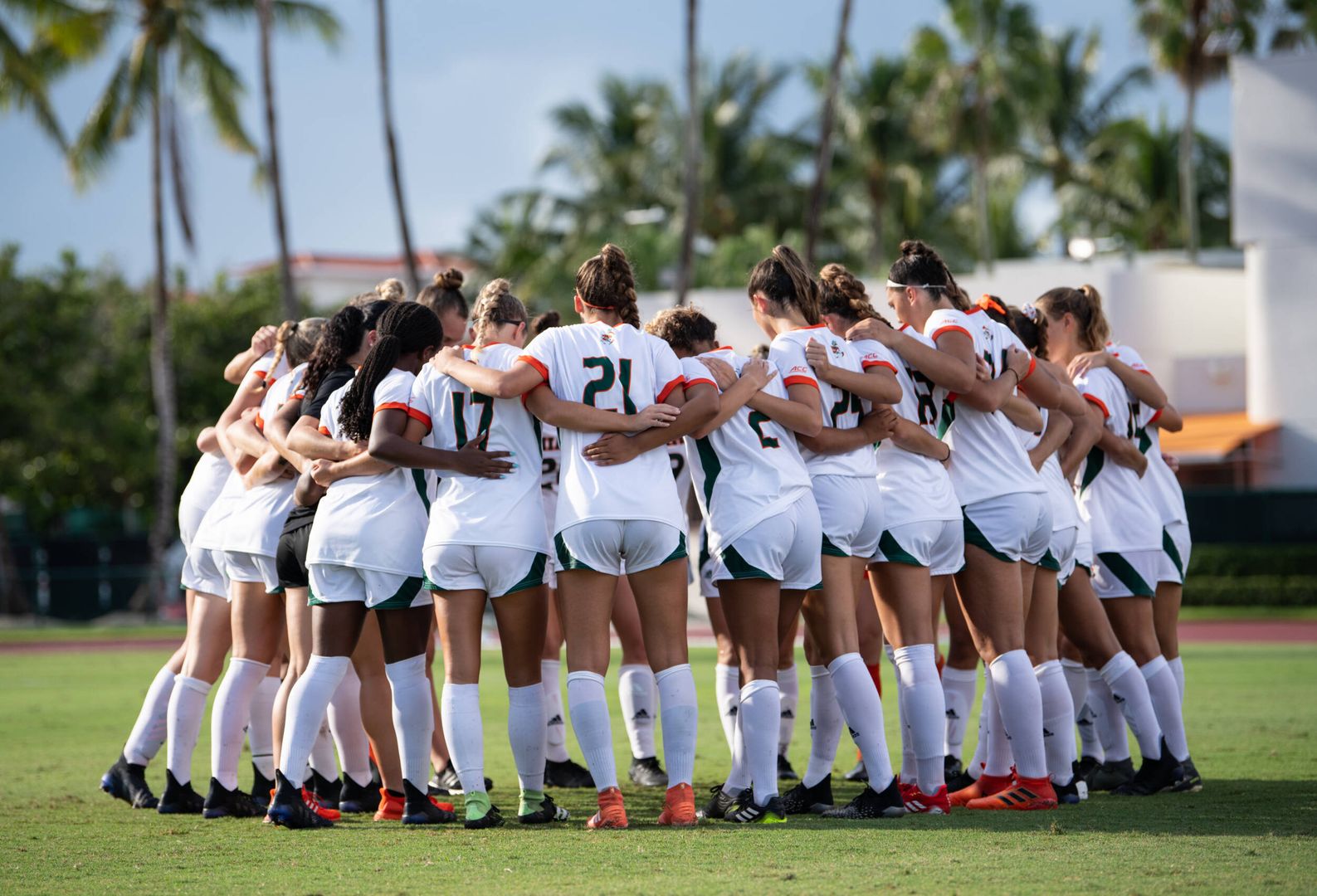 Hurricanes Unlucky in Loss to No. 22 Fighting Irish

“For us, it’s about finding consistency in our belief and in our execution,” Miami head coach Sarah Barnes said. “There were a lot of things that we did well that we worked on and had in our game plan. Notre Dame is a good, talented team and can score goals in bunches, but I really felt like tonight it was more about us.”

The Fighting Irish (8-1-1, 2-0 ACC), who entered Thursday’s match as one of the top-scoring programs in the country, mounted a pair of tallies before the intermission.

After the Hurricanes (3-5, 0-2 ACC) knocked away a couple of Irish chances, Notre Dame midfielder Maddie Mercado settled play at her feet. Mercado took a left-footed shot and found the bottom right corner of the net, putting the visitors up, 1-0, in the 28th minute.

Coming out of the break, the Fighting Irish padded their advantage.

In the 50th minute, senior forward Olivia Wingate received a feed from Katie Druzin and made no mistake. Wingate ripped a tumbling ball through the Hurricanes’ defense to extend Notre Dame’s lead to three.

Wingate recorded her first-career brace, notching her second tally of the night nine minutes later. Graduate student Sammi Fisher, who came into the evening ranked third in the ACC in goals, capped off the contest with a mark in the 65th minute.

“We are good enough to make better decisions,” Barnes said. “We are good enough to execute more effectively. There are some things that we must clean up to make sure that we are prepared for the next game. At the end of the day, I think tonight is about us looking inward and taking steps forward.”

The Hurricanes conclude a five-match homestand Sunday as Miami hosts Pittsburgh at Cobb Stadium. Kickoff is set for 3 p.m. and will be broadcast on ACC Network.