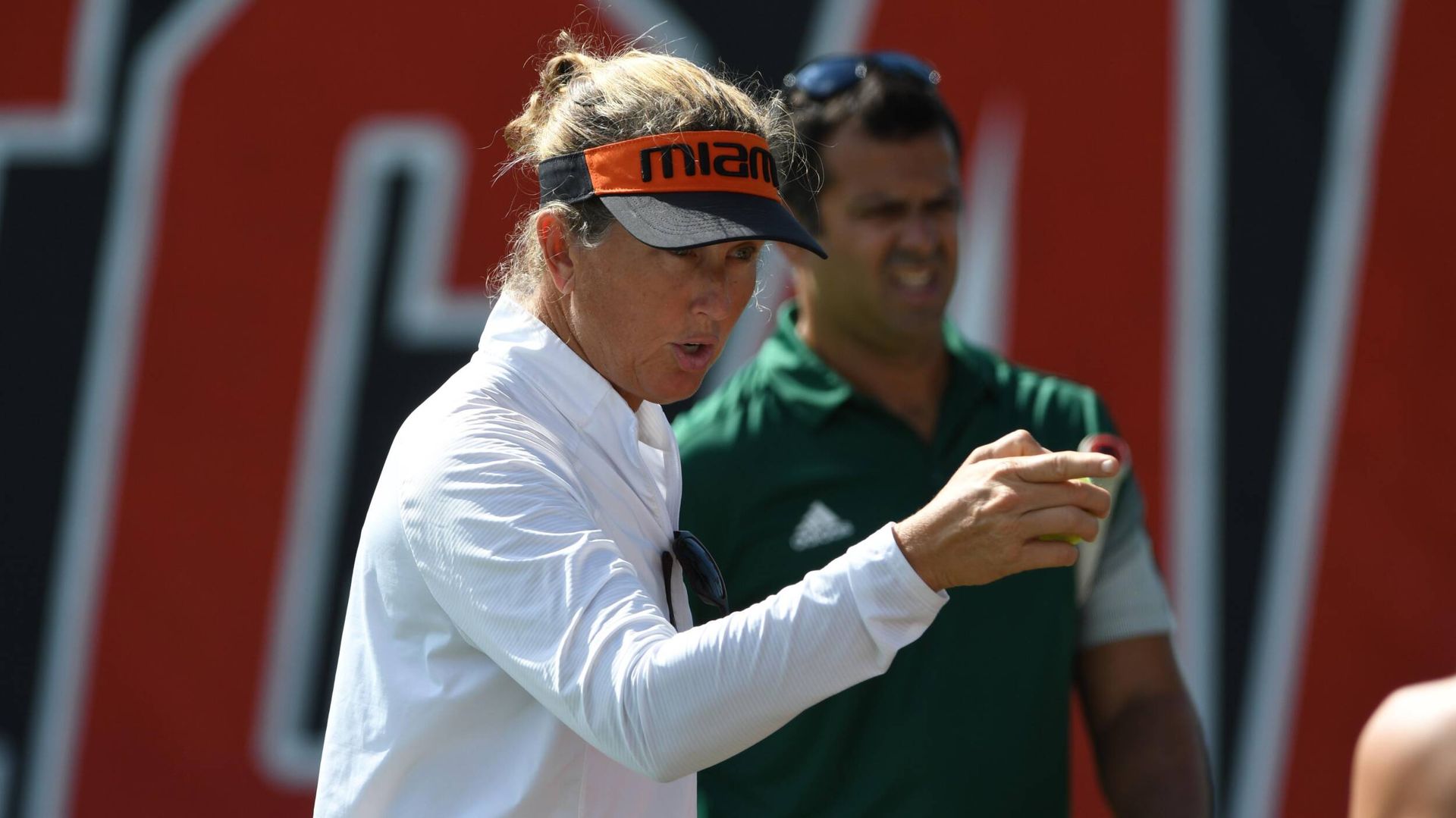 Start of a Season

CORAL GABLES, Fla. – For the first time since November 2019, the University of Miami women’s tennis team is headed to a fall tournament.

Due to the cancelation of the 2020 fall campaign because of COVID-19, it has been nearly two years since the Hurricanes competed in this portion of their season.

In fact, only two of Miami’s eight players have previously played in any fall tournaments as a Hurricane: Nada Dimovska and Daevenia Achong. Each did so only in 2019.

Achong is one of five Hurricanes set to visit Cary, N.C., for this weekend’s season-opening Fall Ranked Spotlight, hosted by NC State, Thursday through Sunday at Cary Tennis Park. 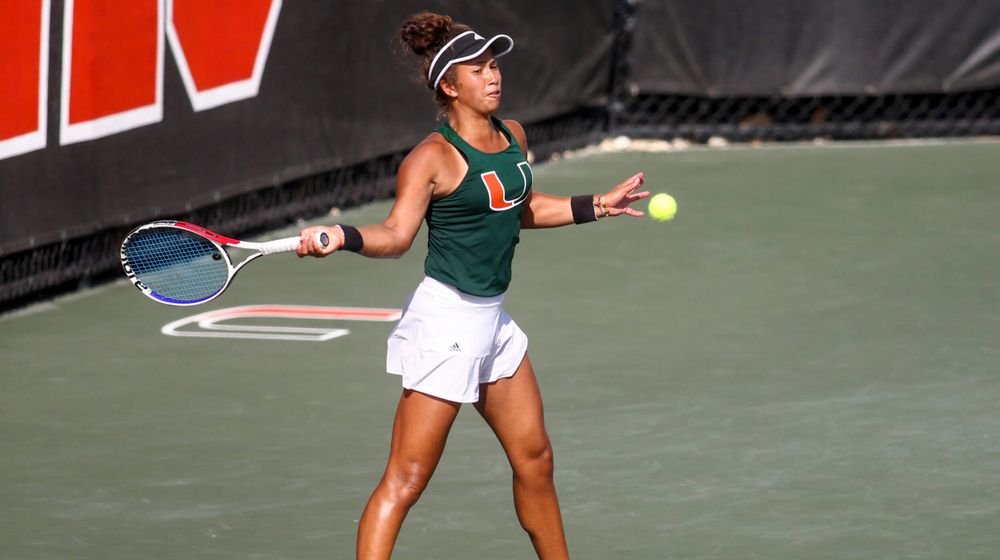 Two players—third-year sophomore Diana Khodan and sophomore Isabella Pfennig—will be making their collegiate fall debuts. Two others—sophomore Audrey Boch-Collins and fifth-year senior Eden Richardson—played in fall tournaments at their prior colleges, but are in their first year at The U.

Given the group’s lack of experience on the fall circuit, 21st-year head coach Paige Yaroshuk-Tews addressed what it will be like for them.

“The fall season for them is just like having all freshmen, but at the end of the day, tennis is tennis,” she said. “You have to find your motivation a little bit more, in the fall, for yourself. It comes a little bit less for your team because the only person you’re going to let down if you don’t show up is yourself. So, motivation is a little different. Focuses are going to remain the same. But all these kids love tennis, so nobody wants to lose. Nobody wants to let themselves down.

“It’s like going to a junior tournament with a coach is how I would look at it,” Yaroshuk-Tews continued. “It’s like, ‘We’re going to play and you have a great coach with you. Let’s go get better.’ We’ve got great opportunities. They way they’ve set up this tournament is [that it features] the best players from all these teams. So, hopefully we’ll have some really good opportunities against ranked opponents and we’ll see what happens.”

It will indeed be a loaded field full of talent in the Tar Heel State. Miami’s five competitors will be joined by individuals from some of the nation’s finest programs: UCF, Duke, Michigan, North Carolina, NC State, Ohio State, Oklahoma, Princeton, USC, South Carolina, Tennessee and Virginia.

The singles draw will feature 32 players in a compass draw, while the doubles pairs—Boch-Collins/Khodan and Achong/Pfennig are Miami’s duos—will be split into four-team round-robin groupings. 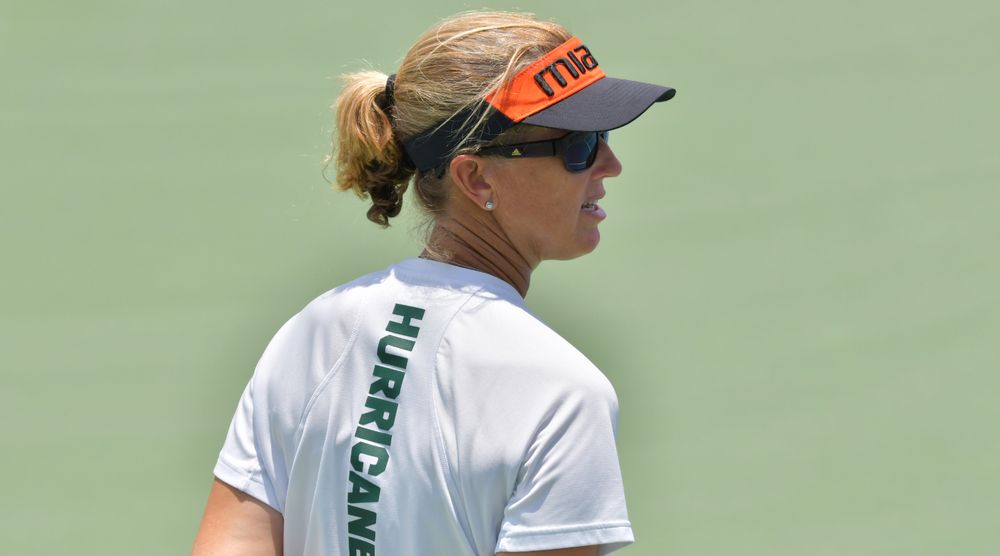 Action is scheduled to begin Thursday at 3:30 p.m., with each doubles pair playing two matches that day. Every player will then play two singles matches on both Friday and Saturday, followed by one singles match and one doubles match on Sunday. Competition begins at 9 a.m. on each of the final three days of the tournament.

This is the second iteration of the Fall Ranked Spotlight, the first of which came in September 2019 at the USTA National Campus in Orlando, Fla. Estela Perez-Somarriba, then the reigning national champion in her fourth year at Miami, claimed the singles crown.

The attention this weekend, however, will not be on results. Rather, it will be the way in which the Hurricanes compete on the court.

“Outcome is definitely not the focus for us right now in the fall. Winning is simply icing,” Yaroshuk-Tews shared. “I think it’s, like, what type of tennis are we playing? What type of tennis are we bringing up to North Carolina? We’ve been focusing on being a little bit more aggressive, taking some more risks, taking some more chances. We know what we can do well and we know what we need to improve upon. So, what we’re looking to see in a pressure situation is making some adjustments, improving on some things. That’s going to solely be the focus. If we win, that’s great. If we lose, as long as we lose the right away, nobody really cares [in the fall].”

While a coach can ever be sure exactly what his/her team will be like until it begins a season, Yaroshuk-Tews is encouraged by what she has seen from her roster thus far in practice.

The Hurricanes have been on the court at the Neil Schiff Tennis Center for quite some time getting ready for this moment, the start of the fall season. Now it is here.

The two-time ITA Southeast Region Coach of the Year is looking forward to seeing her players, especially the two newcomers, take on outside competition in Cary.

“I think the girls are in a good spot. They’ve been training hard,” Yaroshuk-Tews said. “We had quite a few kids here in the summer training. So, the ones that weren’t here [at that time]—Eden and Audrey, who are also our new additions—they’ve been training hard, doing their jobs. I think they’re feeling better than they did a month ago. So, now it’s time to test the waters.” 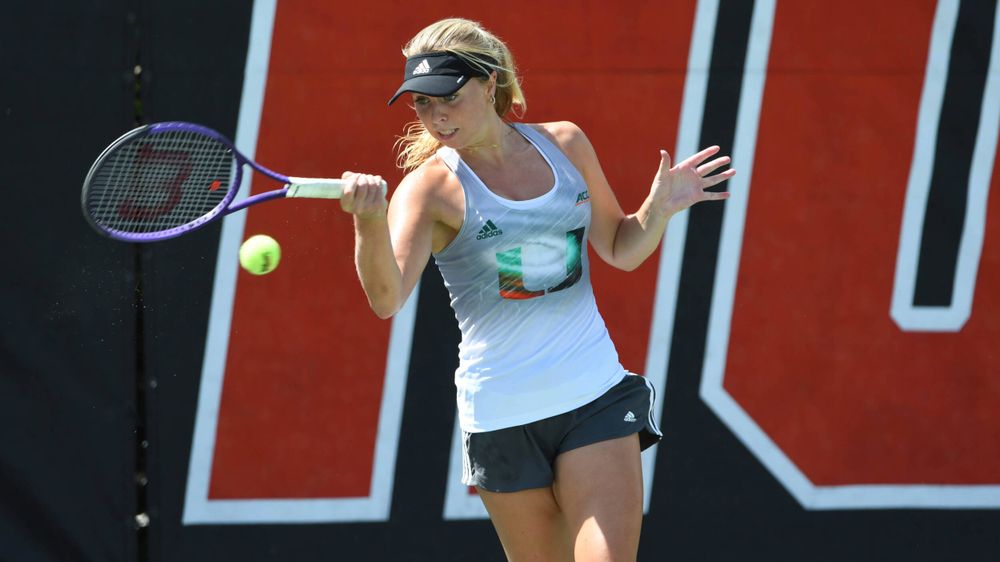 Richardson, who won the NCAA Doubles Championship as a freshman in 2018, comes to Miami with one year of eligibility remaining. The Bath, England, native is the most veteran collegian on the Hurricanes’ roster.

Boch-Collins, meanwhile, joins Miami after one season at Baylor, where she performed extremely well in the lower portion of the lineup. The Las Vegas native also had a dazzling prep career, during which she went undefeated at the high school level. 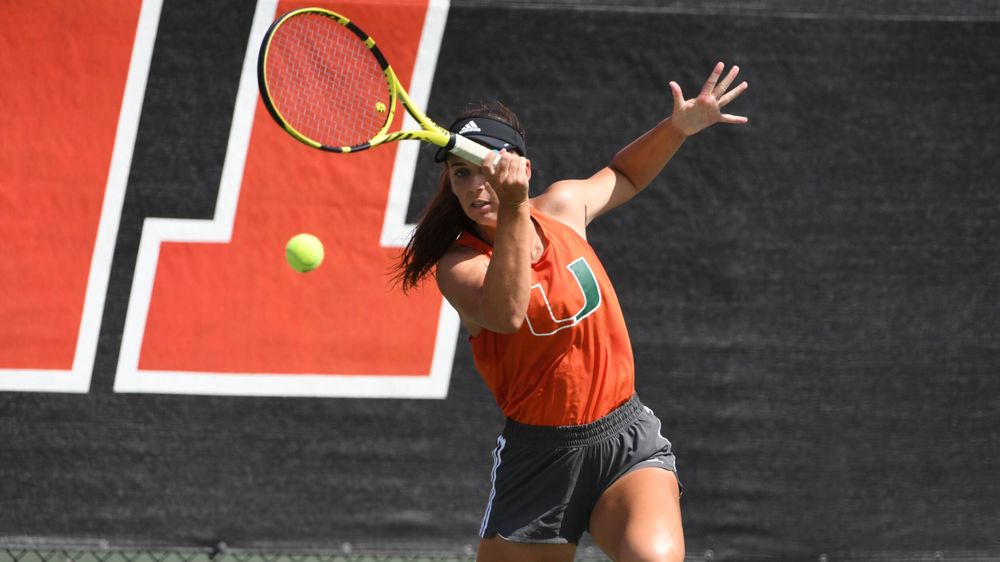 In just one day, Richardson, Boch-Collins and three of their Hurricane teammates will finally be able to take the court and begin the 2021-22 campaign.

Additional information about the Fall Ranked Spotlight will be available HERE on the tournament homepage.