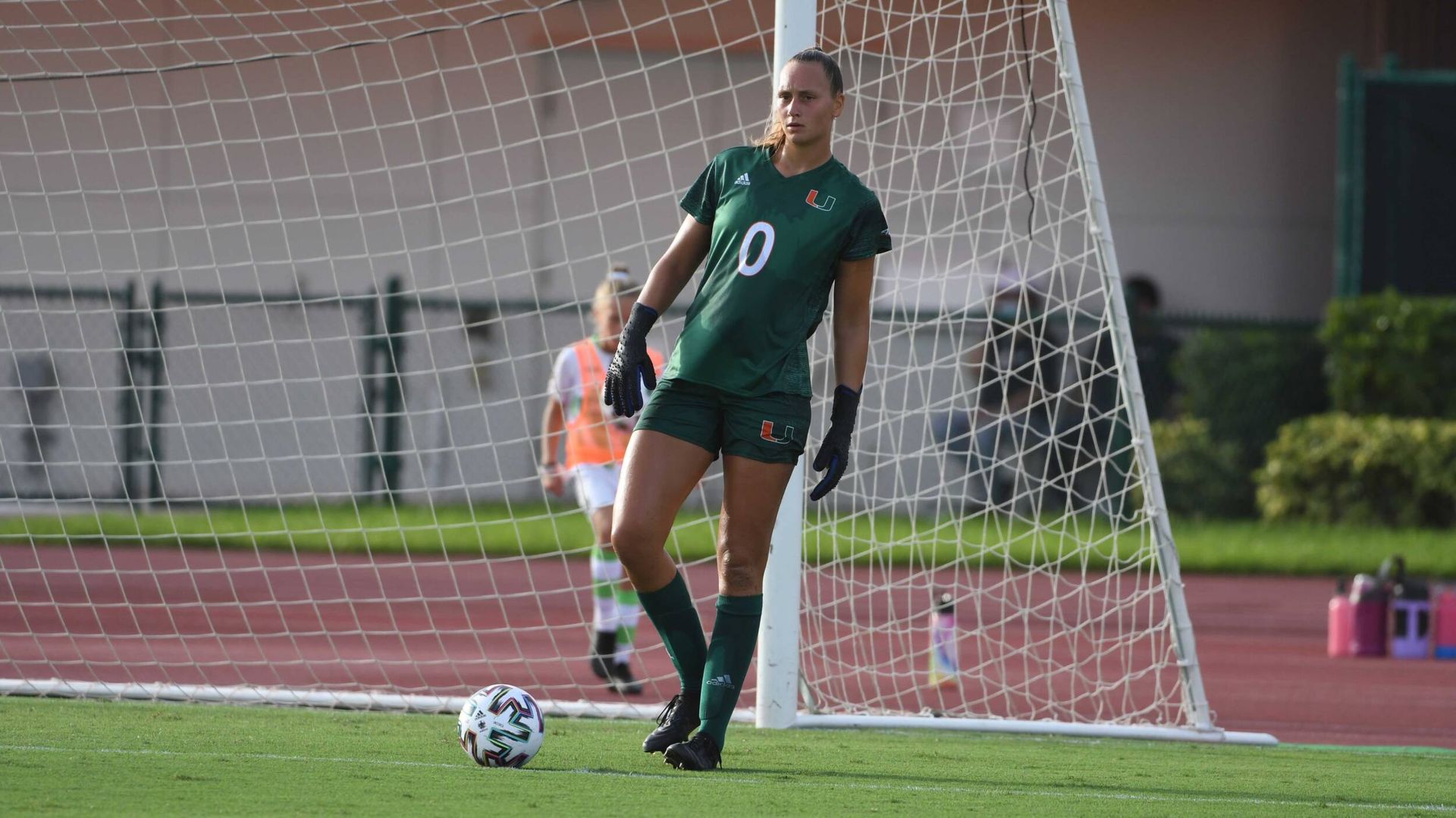 The Hurricanes withstood a strong USF (4-2-1) attack for the majority of the afternoon, but a first-half own goal proved to be the difference, handing Miami (3-3) a narrow setback in its non-conference finale.

“To me, the sign of a mature team is having the ability and the confidence to step out and bring pressure to your opponents and I thought that was lacking today,” Miami head coach Sarah Barnes said. “We’ve seen it previous games; we know we’re capable of doing that. I think we saw it more in the second half. It’s not an inability; it’s a willingness and a relentlessness that we have to stay disciplined to doing it and bringing that every single game and in every single training, day in and day out.

“That’s the big takeaway for today,” Barnes continued. “I know they can do it and I believe that we’ll see a change in the next game, but they’re going to have to make that decision and make that choice every second of the game.”

USF retained possession for much of the first half, although the Hurricanes did manage quite a few solid counterattacks. None, however, resulted in a goal for the home team.

The Bulls also continued to come up empty, despite their edge in possession, as junior goalkeeper Melissa Dagenais made a trio of quality stops. In the 36th minute, though, USF broke through with the lone tally of the match.

Junior forward Sydny Nasello sent a corner in the box and an unlucky bounce off a Hurricane attempting to get the ball out of trouble instead put it into the net for an own goal. The score remained 1-0 entering the intermission.

Miami came out of the locker room and performed well in the second half, possessing the ball at a higher rate and denying USF any true scoring opportunities.

Nonetheless, the Hurricanes were unable to find an equalizer. Sophomore forward/midfielder Michaela Baker’s 62nd-minute cross and an 86th-minute corner kick were the best chances for Miami, but both came up empty, as the Bulls held on to earn the victory.

Nineteen Hurricanes appeared in the match, with two playing all 90 minutes. Senior defender Selena Fortich hit that mark, as did Dagenais, who tallied six saves in a superb performance.

With non-conference play now complete, up next for Miami is the start of league competition, which begins Friday at 7 p.m. when the Hurricanes host Louisville.