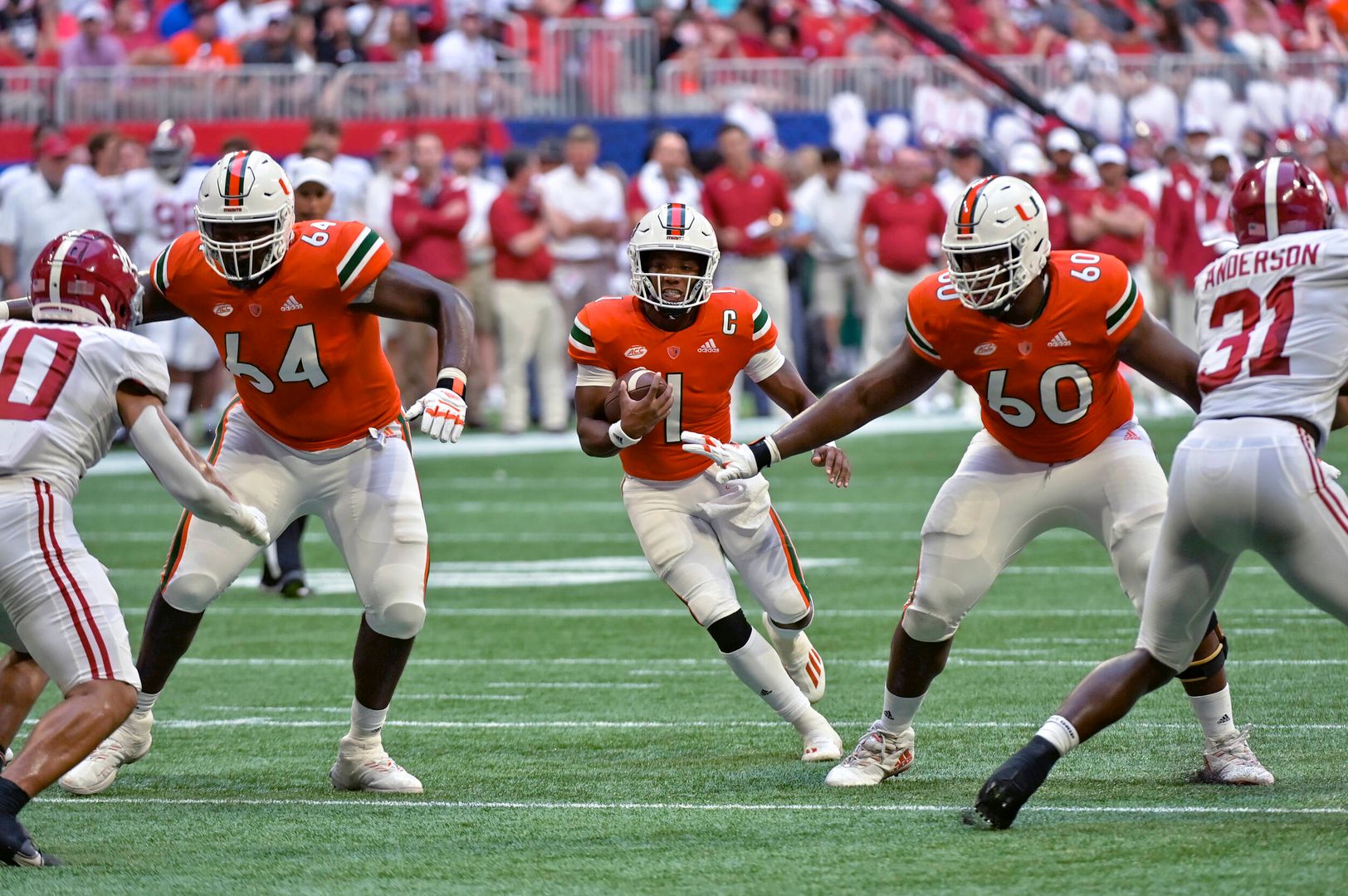 ATLANTA – The Hurricanes entered their season opener knowing they faced a test.

Alabama has, over the course of the past decade, become one of the standard-bearers of college football, a program whose success teams all across the country try to emulate.

On Saturday afternoon in Atlanta, the Crimson Tide were every bit as strong as Miami expected.

Alabama scored on its first three possessions and never looked back in a 44-13 win over the 14th-ranked Hurricanes in the Chick-fil-A Kickoff at Mercedes-Benz Stadium.

“Quite simply, just congratulations to Alabama. They played an outstanding game. I thought the difference in the game was third down offense. I thought their quarterback made some plays, keeping plays alive outside the pocket that extended drives that kept our offense off the field,” Hurricanes head coach Manny Diaz said. “Offensively, we had a hard time getting in a rhythm because of that. I thought their front is as advertised. Gave us a lot of trouble getting going. I’m proud for the way the guys competed in the second half. Like with all films, there will be plenty of things to correct, but also plenty of things that I think will be positives that we can take going on to Week Two.”

The Crimson Tide (1-0) opened the game with a 7-play, 75-yard scoring drive in which vaunted Alabama quarterback Bryce Young, a freshman, looked every bit the seasoned veteran.

Young completed four of his five passes on the Tide’s opening possession, capping the drive with a 37-yard touchdown pass to John Metchie.

Young would go on to finish the day 27 of 38 for 344 yards with four touchdowns and it was his 94-yard scoring pass to Jameson Williams in the third quarter that virtually put the game out of reach.

Williams finished with a game-high 126 receiving yards, while Metchie had 76 yards. 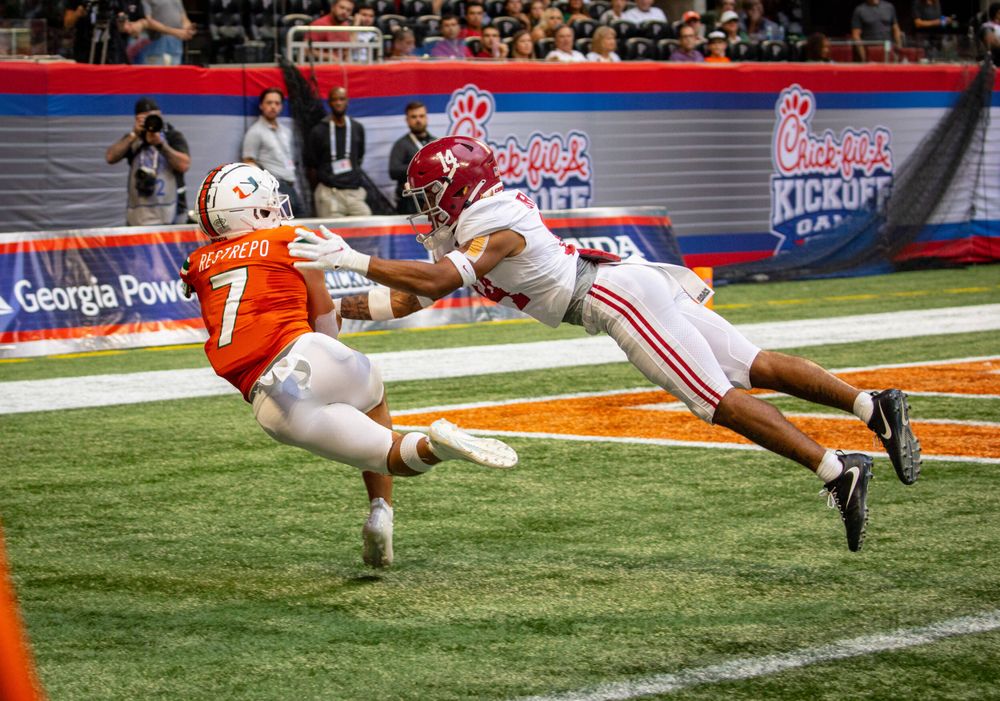 Meanwhile, Miami quarterback D’Eriq King – who returned to action Saturday for the first time since tearing his ACL in the Hurricanes’ finale last season – was 23 of 30 for 179 yards.

Just before the half, King helped lead the Hurricanes on a 10-play, 60-yard drive that ended when freshman Andy Borregales connected on the first field goal of his Miami career: a 37-yarder.

Later in the game, another freshman – receiver Xavier Restrepo – scored the first touchdown of his Miami career when he caught a 29-yard scoring pass from King.

Restrepo finished with a team-high 55 yards.

“Coaches put me in a great chance to make a big play,” Restrepo said of his touchdown. “It’s about repetitions. In practice, we do it all the time. When the ball was thrown to me, I just caught the ball.

With their showcase opener now behind them, the Hurricanes will now turn their focus to a four-game homestand that kicks off Saturday when Miami (0-1) hosts Appalachian State on Saturday at 7 p.m.

After that, the Hurricanes will then host Michigan State on Sept. 18 before closing out non-conference play on Sept. 25 with a matchup against Central Connecticut State.

“We’ve got a stretch of games coming at home. It’s a big deal for us to get in front of our fans. Our fans, I thought, were great tonight to have them out there,” Diaz said. “D’Eriq King has never played in Hard Rock Stadium with our fans in it. We’ve got to have a great atmosphere next Saturday night. This team’s story is not even close to being written yet, and we’ve got a lot of guys that have a lot of pride to make sure it goes the way they want it to.”