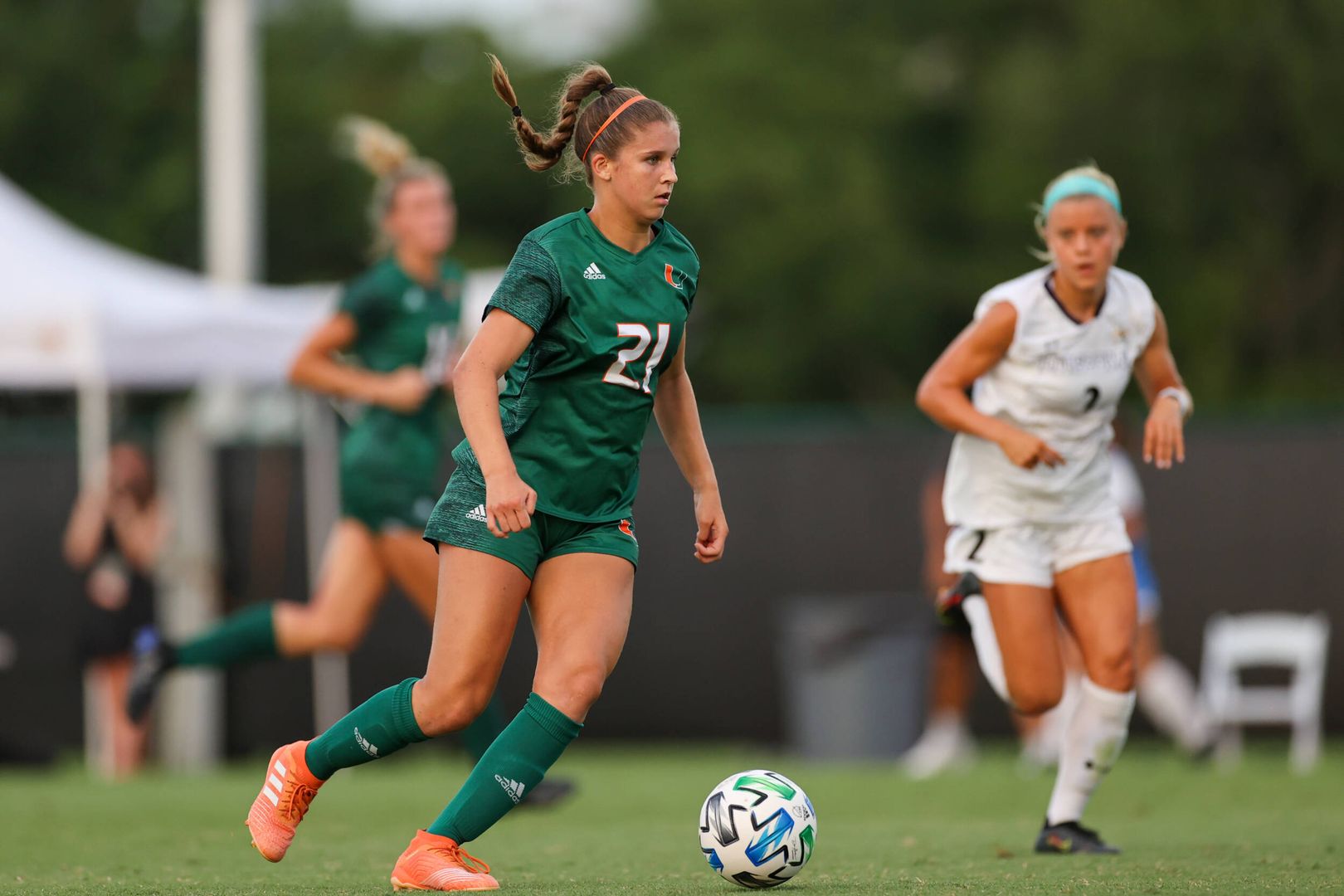 Hurricanes Come Up Short against Lipscomb

CORAL GABLES, Fla. – The Miami Hurricanes suffered their first loss of the season, falling to the Lipscomb Bisons, 2-0, Thursday evening at Cobb Stadium.

“I think the last 20 minutes of the game, you saw a lot of urgency and you saw a lot of us changing the points of attack and saw us taking better care of the ball and being aggressive,” Miami head coach Sarah Barnes said. “For 70 minutes, we lacked that. We didn’t come out with the mindset and the mentality that was going to be necessary to beat a team like Lipscomb, who is constantly challenging to be in the NCAA Tournament, and is a team that is very capable of beating Power 5 Teams.”

After the Hurricanes (1-1) recorded a clean sheet against the Florida Atlantic Owls in their season opener, the Bisons (3-0) snapped Miami’s scoreless streak.

In the 39th minute, Lipscomb midfielder/forward Skye Baun raced down the sideline and sent a line-drive cross to Haley Williams.

Williams knocked the ball down to her feet and fired a shot on goal. Canes keeper Melissa Dagenais deflected Williams’ try from point-blank range, but the Bisons’ attacker pounced on the rebound to break the ice.

Less than three minutes after the intermission, forward Kale’a Perry doubled Lipscomb’s tally. Perry weaved her way through four defenders and ripped a left-footed strike from 20 yards away.

The Hurricanes had their chances to respond late.

“I think it’s about making sure that you finish the chance,” Barnes said. “When you’re in and around the box, you have to place it and find your corners. I do think their keeper made a couple good saves to pull the ball out of the corner, so credit to her. She did a very good job.  It goes to the set pieces – part of it is the service and part of it is reading the service and being dynamic on the finish. I do think it is a work in progress. We are three weeks in. Obviously, we are disappointed with the result, but I feel like there are a lot of lessons to be learned from tonight’s game.”

The Hurricanes will look to bounce back as they hit the road for the first time this season. Miami faces in-state foe Florida at 1 p.m. Sunday.

“The result does not define us,” Barnes said. “We are a really young team and there is a lot of growth to be made. For us, it’s about using this as a stepping stone and something to grow from.”