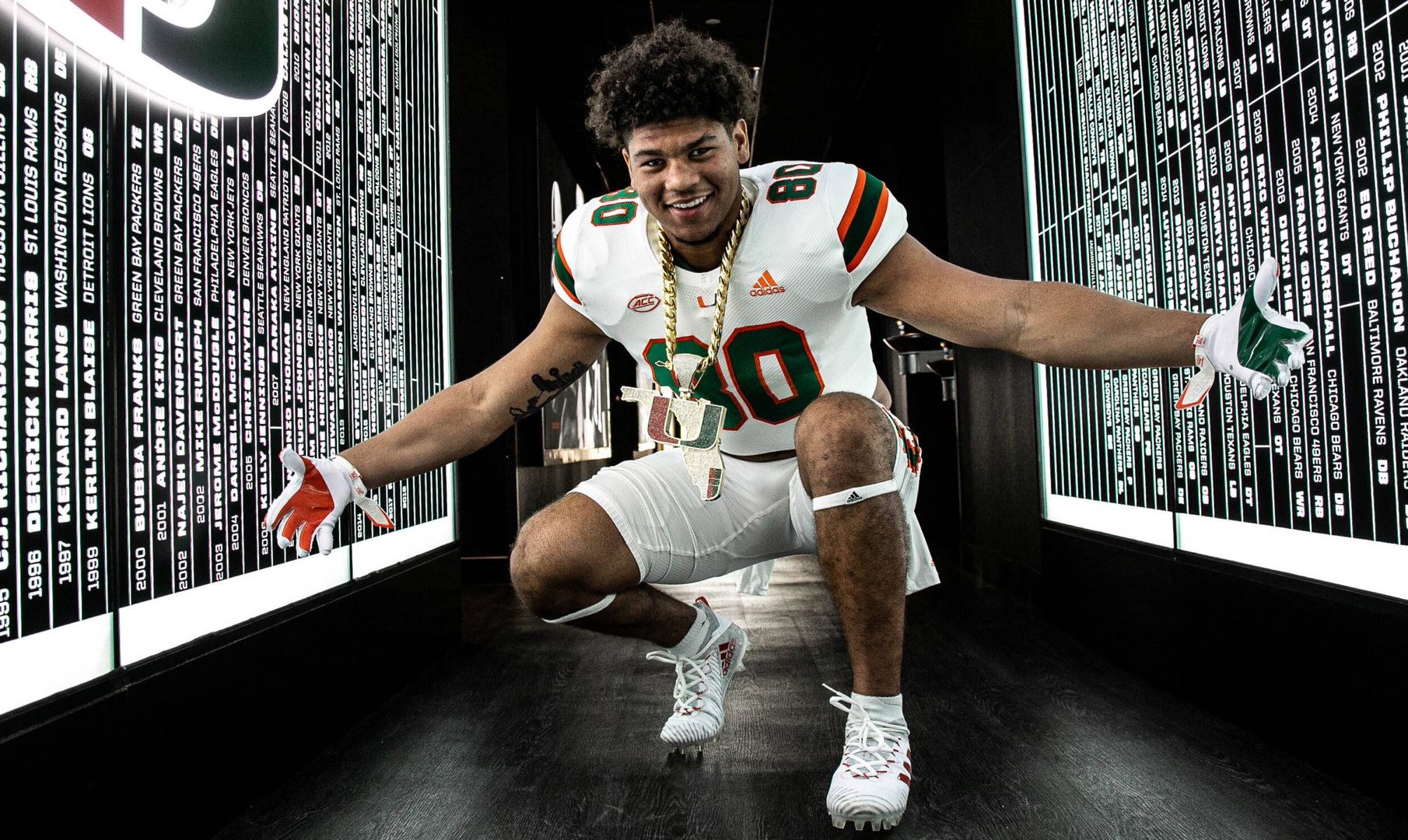 Looking to Continue the Legacy

CORAL GABLES, Fla. – He was born in Miami and played high school football in Texas.

But the place where Elijah Arroyo fell in love with the game? Well, that might be surprising.

“My family left Miami when I was seven years old and moved to Mexico. I lived there for five years and I played everything. They had a football team and I played every year I was there. Football is bigger there than people might think,” Arroyo said. “ That was where I learned there was a lot more than on-the-field stuff. It was the first team I was on for multiple years. It was my first brotherhood, the first time I developed relationships. It was being part of that team.”

Now at a formidable 6-foot-4 and 235 pounds, Arroyo is ready to embrace another brotherhood: the tight end fraternity at the University of Miami.

Arroyo, a freshman who arrived on campus in January but was limited during spring drills because of a nagging injury, has done his best to make his presence felt during his first real practices as a Hurricane.

For him, the opportunity to continue the tradition set by players like Jeremy Shockey, Greg Olsen, Jimmy Graham, Bubba Franks and more recently David Njoku, Chris Herndon and Brevin Jordan, was appealing from the start of the recruiting process. 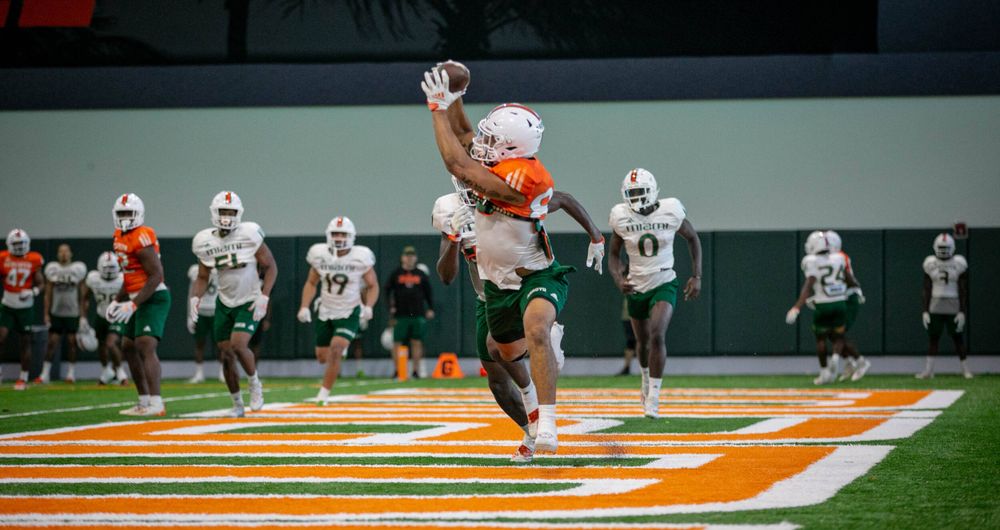 With Jordan now in training camp with the Houston Texans, Arroyo finds himself competing for a spot in Miami’s tight end rotation. To prepare for that competition, the freshman threw himself into the Hurricanes off-season conditioning program, adding 30 pounds of muscle to his frame.

When he couldn’t be on the field, he spent plenty of time learning Miami’s playbook and soaking up as much knowledge as possible from veteran tight end Will Mallory, a Mackey Award watchlist selection who caught 22 passes for 329 yards and four touchdowns in 2020.

The junior has appreciated the freshman’s willingness to learn.

“I would say we’re very fortunate as a group and as a team to have a kid like him. You can’t really ask for a better guy,” Mallory said. “He’s a hard worker and really just soaks up all the knowledge people are giving him. It helps that he’s freaky talented and freaky big already. I’m very excited for him, for what he’s going to bring to the room and the team this year and especially what he’s going to do in the future because he’s got a really bright one here.”

While tight end may seem like a natural position for Arroyo given his athleticism and his frame, he only started playing the position two years ago while at Independence High School in Frisco, Texas.

He grew up playing running back and linebacker and was a quarterback during his freshman year. But after a significant growth spurt, Arroyo said coaches realized they wanted – and needed – one of their bigger players on the field as much as possible.

He shifted to tight end and before long, earned recognition as one of the top prospects in the nation.

In two varsity seasons, Arroyo totaled more than 1,200 yards and 17 touchdowns. He also competed on his high school’s track team, knowing training with sprinters and high jumpers would only help him on the football field.

But Miami – the school his family taught him to love – felt like the right fit, especially given its tight end tradition.

Now, Arroyo says he is determined to make the best of his opportunity – and to not only add to Miami’s tradition at tight end, but to continue proving to his South Florida teammates that the brand of football they play in Texas can definitely hold its own against Florida competition.

“We debate it just about every day, actually. That’s one of our locker room argument,” said Arroyo, who like quarterback D’Eriq King, linebacker Corey Flagg Jr., wide receiver Charleston Rambo, quarterback Peyton Matocha, linebacker Ryan Ragone and offensive linemen Jarrid Williams and Justice Oluwaseun hails from the Lone Star State. “I mean, first of all, everything is bigger in Texas. We’ve got big players and I feel like there’s a lot of competition there. South Florida has a lot of good football players, but…”

He seems off to a solid start and teammates like Mallory and his coaches, including tight ends coach Stephen Field, are excited to see what comes next.

“He’s just got great effort, great attitude. He’s hungry to learn and hungry to get better,” Field said. “He’s an outstanding young man that brings a lot of good qualities to the program. He’s going to be a good one. At the end of the day, he has his true freshman moments, like they all do. But the thing about him is he works hard. He has a good mindset. He wants to get better and it’s really about his work ethic and the stuff that he does. He’s constantly trying to build on his craft.”