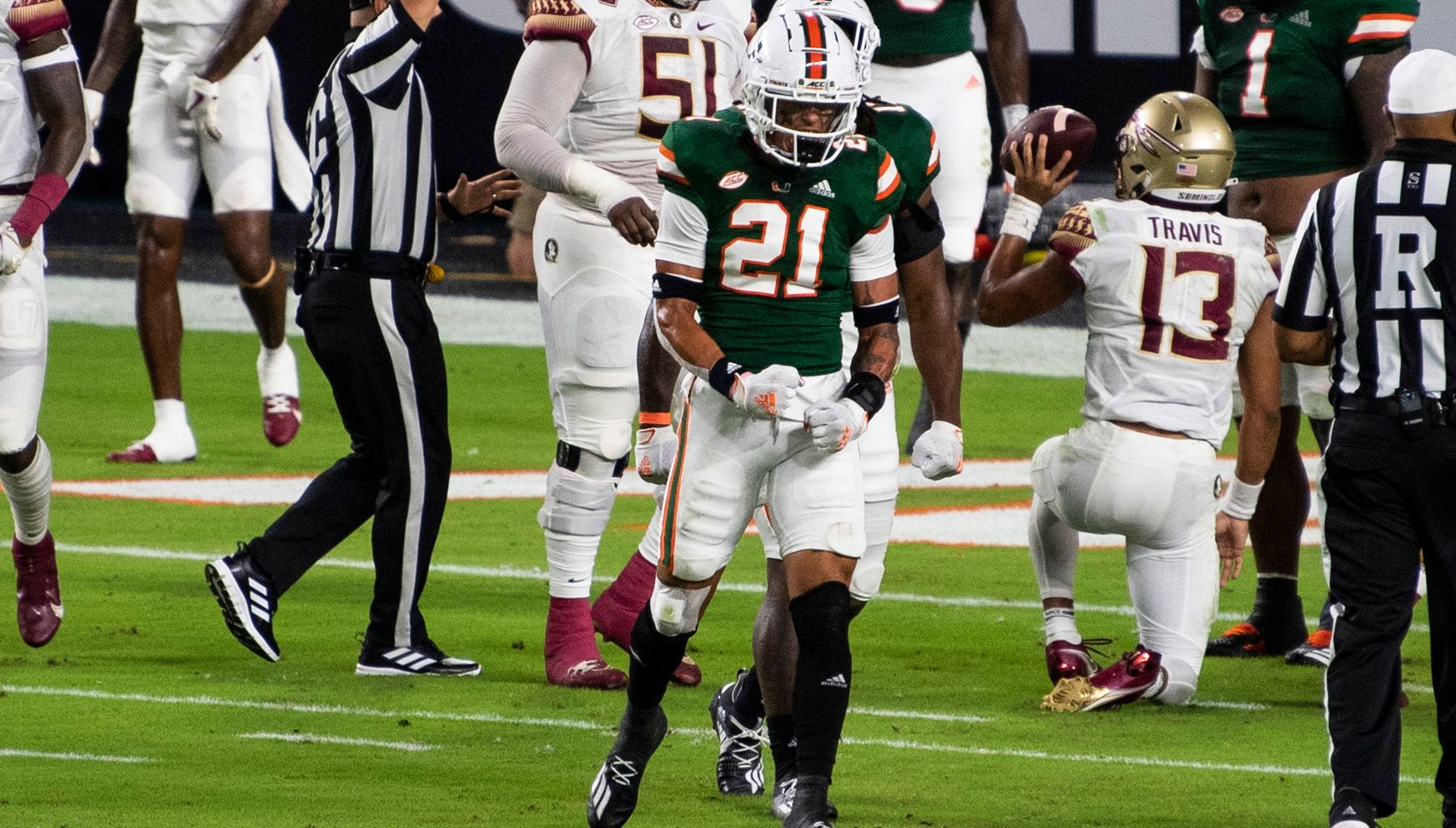 CORAL GABLES, Fla. – University of Miami safety Bubba Bolden picked up his second major honor of the preseason on Monday when he was selected to the watch list for the Jim Thorpe Award.

Bolden, who was a Thorpe semifinalist a season ago, led the Hurricanes with a team-high 74 total tackles in 2020 when he earned second-team All-ACC honors. Bolden was previously named a candidate for the Chuck Bednarik Award honoring the nation’s top defensive player.

Bolden finished with 6.5 tackles for loss and a sack to go along with one interception, three pass breakups and a team-best four forced fumbles last year. The Las Vegas native was named ACC Defensive Back of the Week twice during 2020, including after a standout performance against Clemson where he finished with 10 tackles, a forced fumble and two blocked field goals.

The Jim Thorpe Award is awarded to the best defensive back in college football based on performance on the field, athletic ability and character. The award was established in 1986 and is named after history’s greatest all-around athlete, Jim Thorpe. Thorpe excelled as a running back, passer and kicker on the offensive side of the ball, but also stood out as a defensive back. 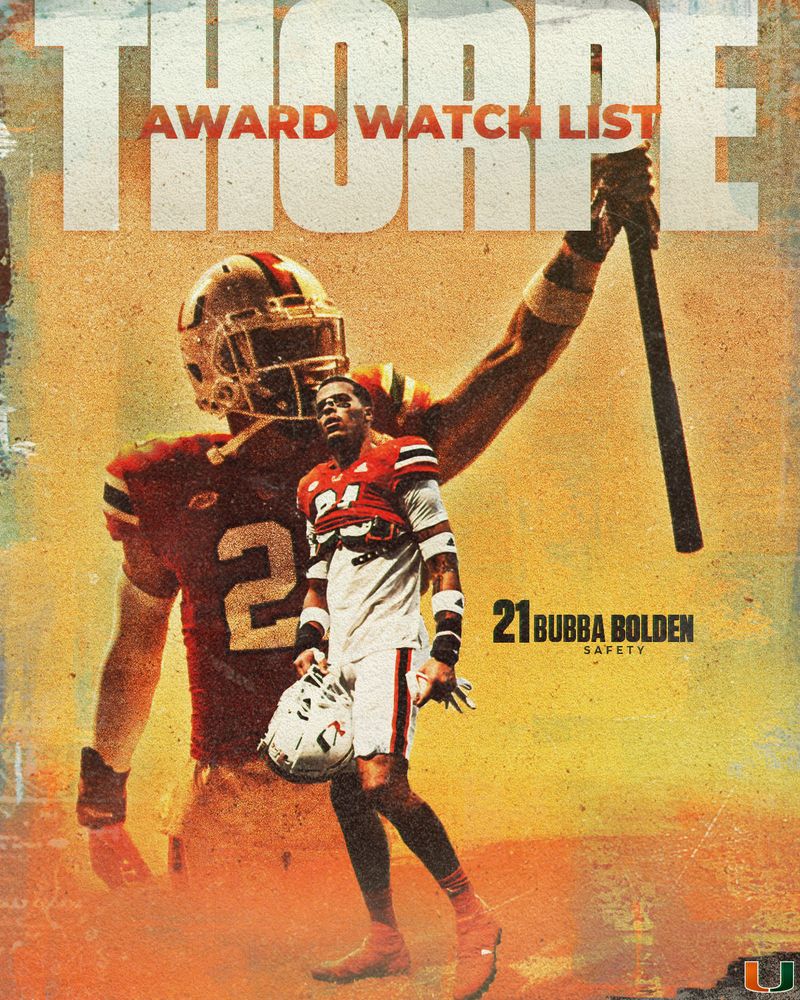