CORAL GABLES, Fla. — University of Miami quarterback D’Eriq King was among those players selected to the watch list for the 2021 Maxwell Award honoring college football’s player of the year, it was announced Monday.

King, one of the nation’s premier signal callers, enters his second season as starting quarterback at The U after a standout campaign in 2020 where he was named a Maxwell Award semifinalist.

King threw for 2,686 yards and 23 touchdowns compared to just five interceptions, helping guide Miami to an 8-3 overall record and a 7-2 mark in Atlantic Coast Conference play. King, who earned All-ACC Honorable Mention accolades a season ago, set Miami’s single season standard for rushing yards by a quarterback with 538 in 2020.

The preseason recognition is the first of the for King, who joins safety Bubba Bolden (Bednarik Award) a preseason honoree.

The Maxwell Award has been presented to the College Player of the Year since 1937 and is named in honor of Robert “Tiny” Maxwell who was a former standout at the Swarthmore College and a renowned sports writer and football official. 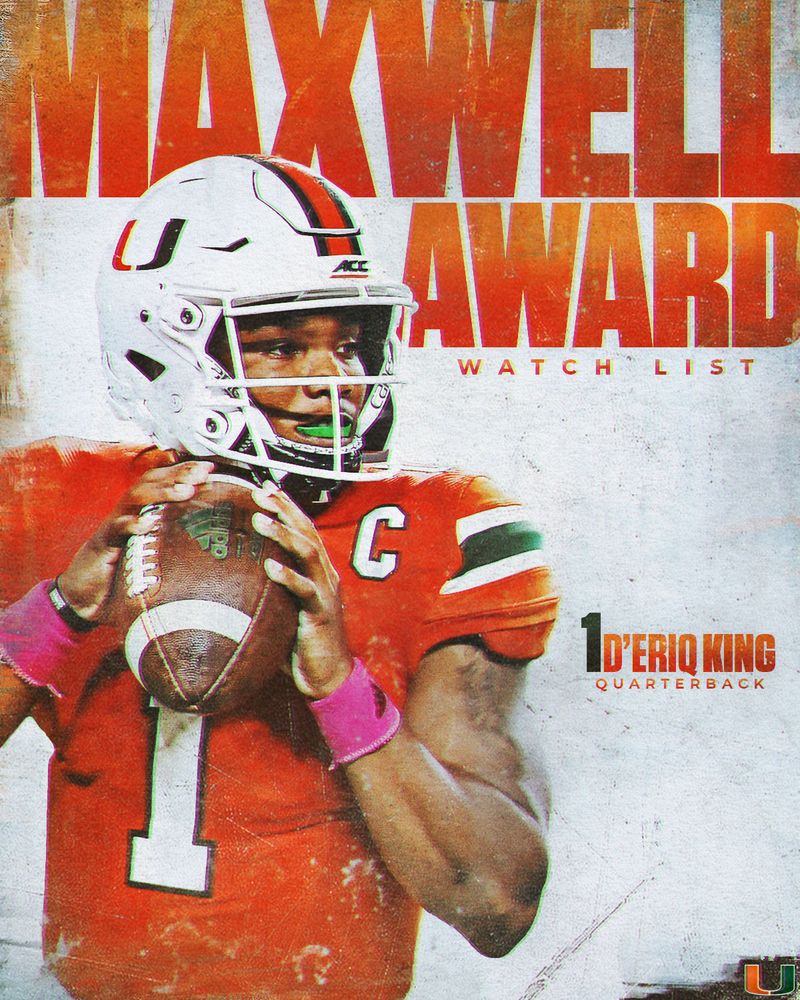