Bolden One to Watch for Bednarik Award

A second-team All-ACC selection and Jim Thorpe Award semifinalist a season ago, Bolden led the Hurricanes with a team-high 74 total tackles in 2020.

Bolden finished with 6.5 tackles for loss and a sack to go along with one interception, three pass breakups and a team-best four forced fumbles. Bolden was named ACC Defensive Back of the Week twice during 2020, including after a standout performance against Clemson where he finished with 10 tackles, a forced fumble and two blocked field goals.

The preseason recognition is the first for Bolden, who joins quarterback D’Eriq King (Maxwell Award) as a preseason honoree. 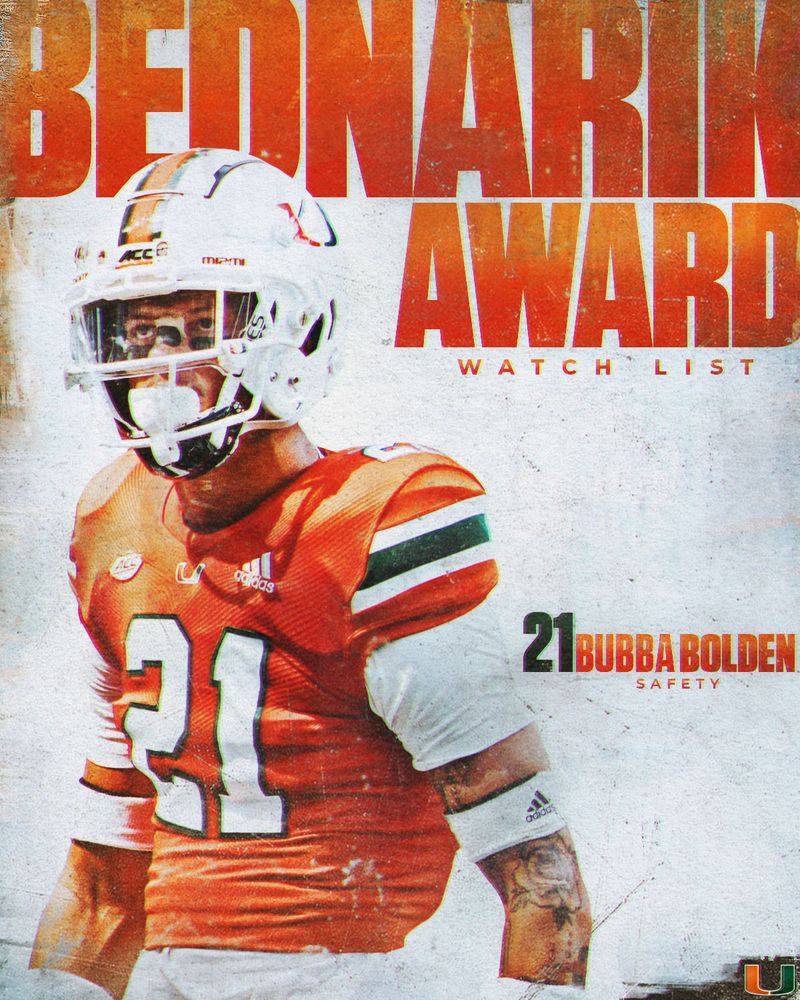