CORAL GABLES, Fla. – University of Miami closer Carson Palmquist was named a Freshman All-American by Baseball America, giving the left-hander his third such honor after an impressive first full season of college baseball.

The most dominant closer in the ACC and one of the top relievers in America, Palmquist was named to Baseball America’s first team. He was also named a Freshman All-American by the NCBWA and was joined by infielder Yohandy Morales on Collegiate Baseball’s Freshman All-America team.

The left-hander has also been named a first-team All-American by the NCBWA and Perfect Game, while he earned second-team honors from Baseball America, Collegiate Baseball and D! Baseball, and a third-team selection by the ABCA. Palmquist was also named to the ABCA Southeast All-Region first team. He was also selected to represent his country this summer as a member of USA Baseball’s Collegiate National Team. 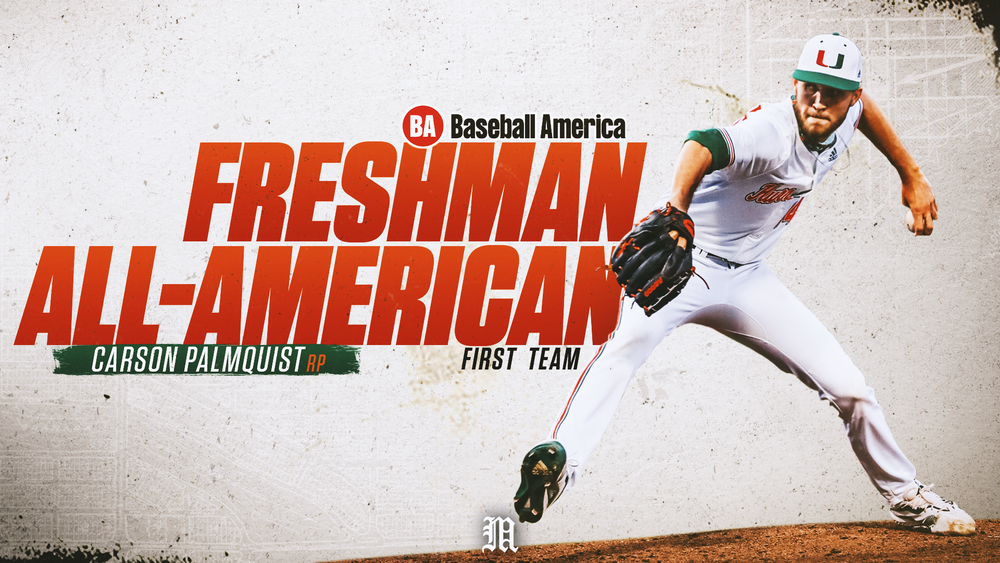 Palmquist, who was also named to the 2021 ACC All-Freshman Team, was named the All-ACC first-team relief pitcher after an incredible first full season in Coral Gables. The southpaw was named a semifinalist for the Dick Howser Trophy. He was the only freshman among the 10 finalists for the 2021 NCBWA Stopper of the Year.