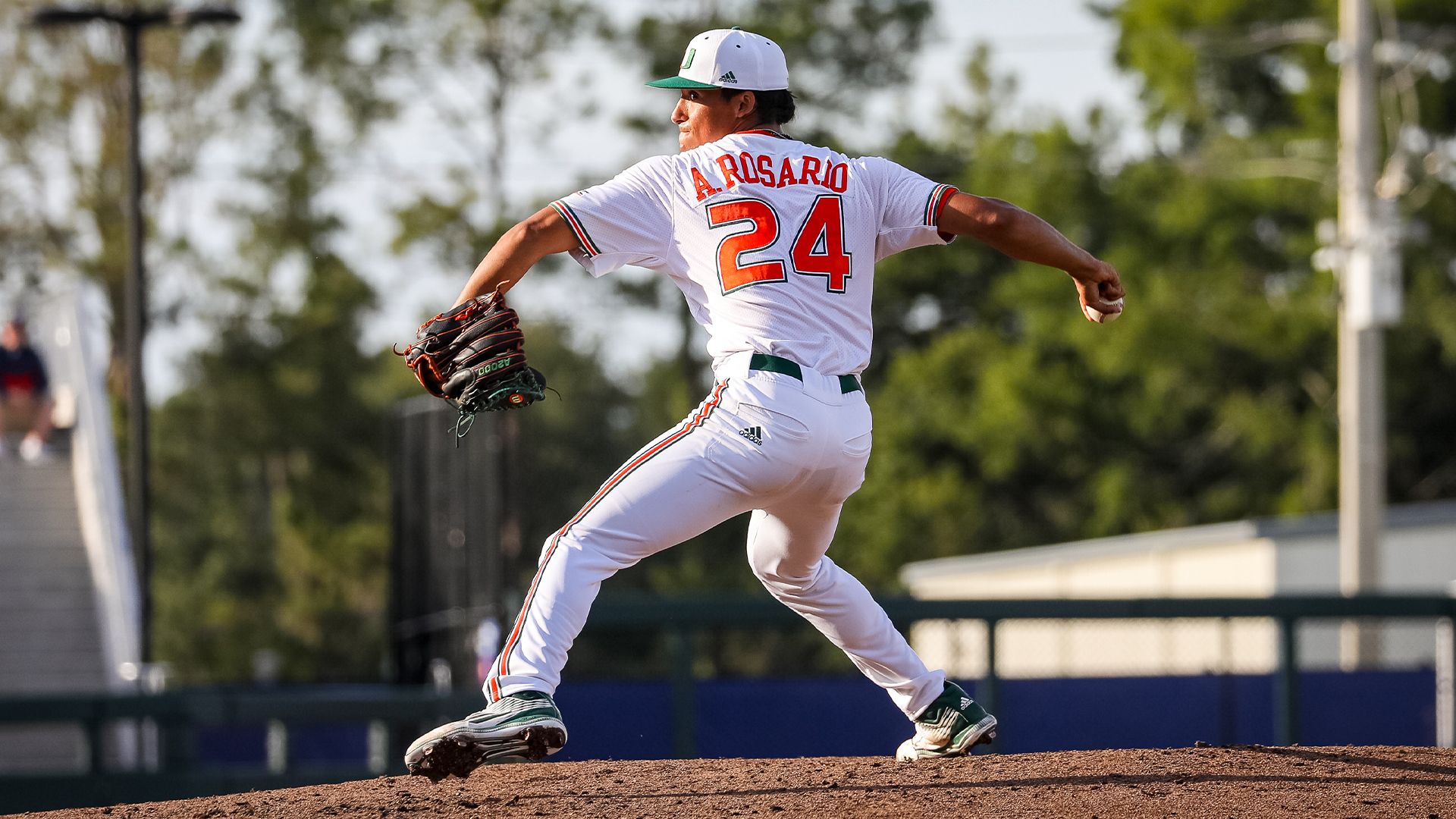 CORAL GABLES, Fla. – The University of Miami’s Alejandro Rosario was named a Freshman All-American, as announced Monday by Perfect Game. 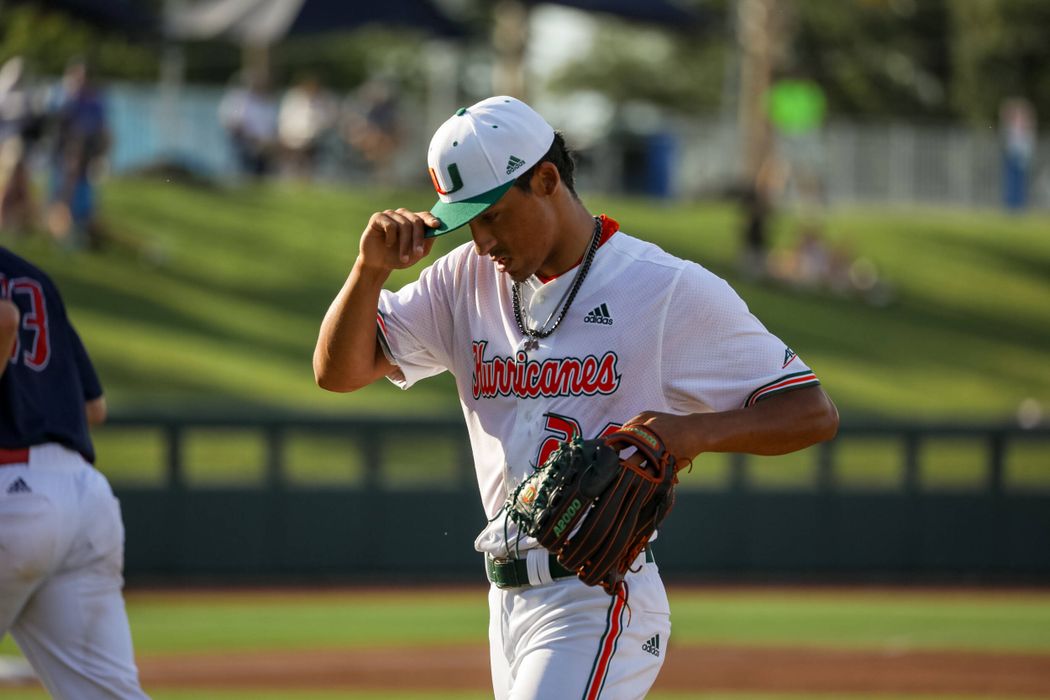 A Miami native, Rosario came to Miami as a top recruit and showed flashes of brilliance throughout his rookie season. The right-handed starter tied for the team lead with six wins and struck out 55 batters over 15 appearances.

After opening the season as the Saturday starter, Rosario climbed into the Friday night spot and thrived. He earned his first ACC Pitcher of the Week honor after an outstanding start against Wake Forest on March 11. The freshman dominated over seven shutout innings, allowing just one hit while tying his then-career-high with seven strikeouts.

His efforts on the mound lead the Canes to a 10-0 victory over the visiting Demon Deacons that was Miami’s first victory on a Friday night in the 2021 season. He felt comfortable on the mound at Mark Light Field from the start, beginning his career with an impressive 14-inning scoreless streak on the Hurricanes’ home field.

Rosario was outstanding against Clemson, fanning a career-high nine batters over six innings to help Miami take the opening game of a three-game sweep of the Tigers. But he might have had his most impressive performance of the season on the biggest stage, blanking South Alabama over 6.1 innings in Miami’s 1-0 win over the Jaguars. Rosario scattered four hits and struck out four in his NCAA tournament debut, earning all-regional honors for his efforts.