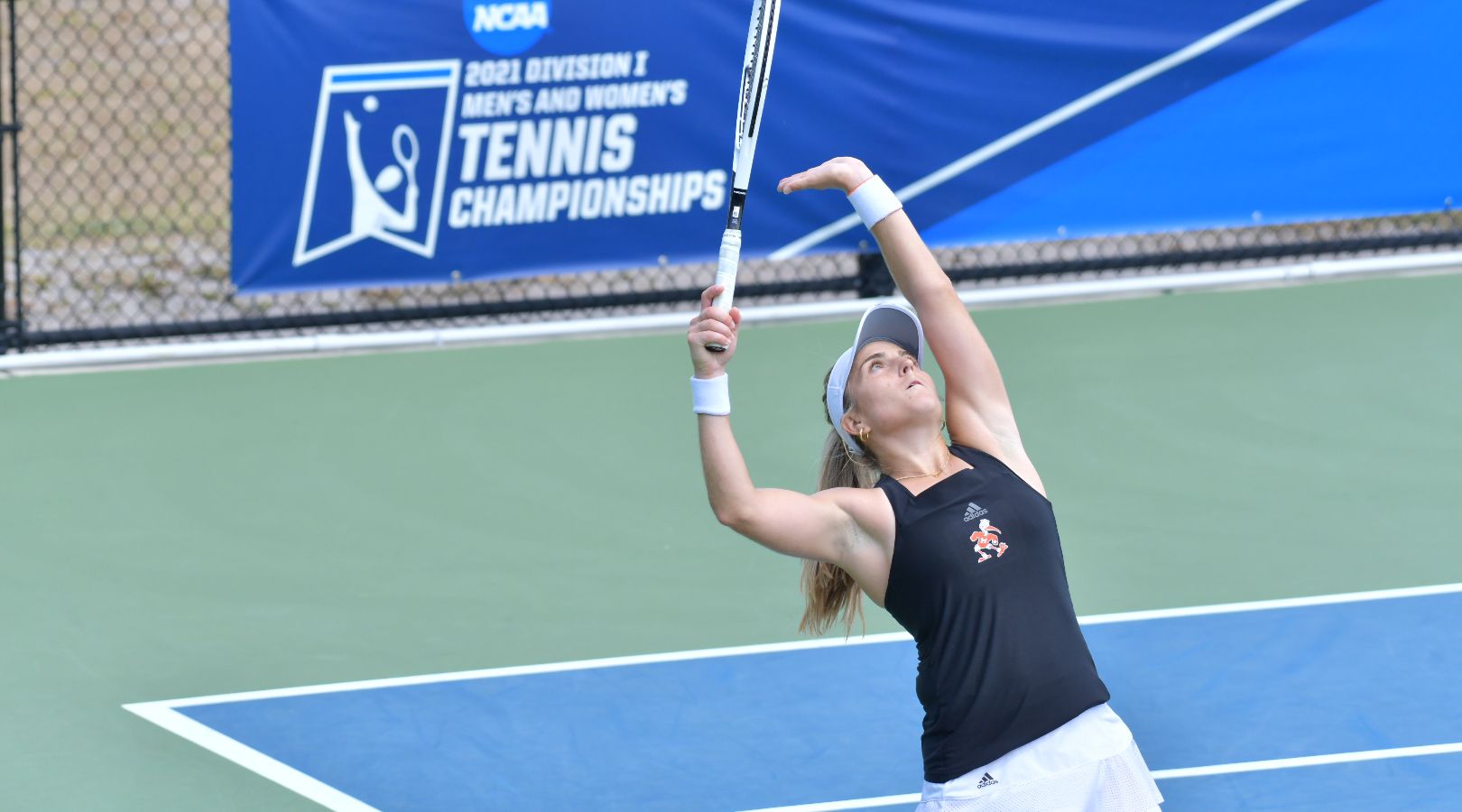 CORAL GABLES, Fla. – For the second time in her decorated collegiate career, Estela Perez-Somarriba of the University of Miami women’s tennis team is the top-ranked player in the year-end ITA Southeast Region singles rankings.

Perez-Somarriba finished top-two in the region all four full years—no such rankings were produced in the abbreviated 2019-20 season—of her collegiate career. The fifth-year senior placed second in 2017, first in 2018 and second in 2019.

Prior to Perez-Somarriba, the 2021 NCAA Singles Championship runner-up, earning her first-place spot in 2017, the last Hurricane to rank first was Julia Cohen, who topped the ITA Southern Region rankings in 2009.

The Madrid native previously finished No. 1 overall in the year-end national rankings, as announced last Wednesday.

Two Miami doubles pairs also made the cut, with one placing in the top five. Second-year freshmen Diana Khodan and Maya Tahan came in fifth in the ITA Southeast Region, marking the second consecutive time a Hurricane duo finished in the top five; Daevenia Achong and Daniella Roldan ended the 2018-19 season fourth.

Additionally, Perez-Somarriba and Pfennig teamed up to take the seventh overall spot in the regional rankings. This is the first time Miami has two top-10 doubles pairs since 2015; Lina Lileikite and Stephanie Wagner placed sixth, while Monique Albuquerque and Clementina Riobueno finished eighth.

In the team rankings, the Hurricanes came in sixth in the ITA Southeast Region. Each of the top six teams on the list ended the season in the top 20 nationally.

The complete lists of final ITA rankings for all 12 regions can be found HERE.