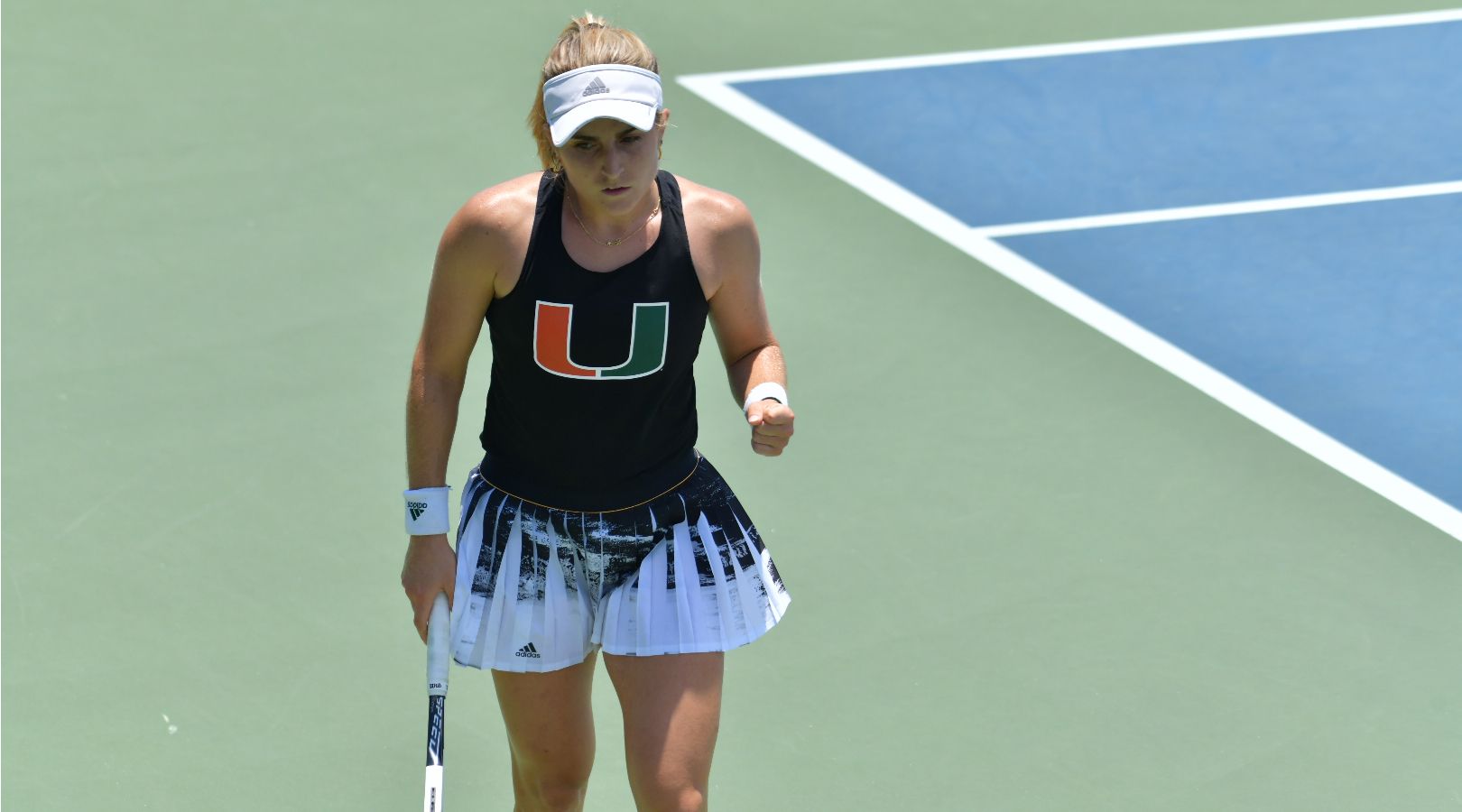 CORAL GABLES, Fla. – Estela Perez-Somarriba of the University of Miami women’s tennis team is the top-ranked player in the country in the year-end rankings, as announced Wednesday afternoon by the ITA.

It is the third straight time Perez-Somarriba sits atop the rankings and, by holding the top spot at the end of the season, she has clinched ITA National Player of the Year accolades.

This is the fourth time in the last 16 full seasons a Hurricane has placed first in the final rankings. Megan Bradley did so in 2005, followed by Audra Cohen in both 2006 and 2007. No other school has even had two first-place finishers during that stretch.

Perez-Somarriba concludes her career with a top-10 ranking in each of the last 32 ITA releases of her career. She placed top-five in 27 of the final 30, with a top-three position in 23 of them. Five times, she came in at No. 1 overall.

A fifth-year senior, Perez-Somarriba went 24-3 in her final collegiate campaign, making her one of 14 players in the year-end rankings with at least 24 victories.

All three of the Madrid native’s losses came to players who ended the year ranked in the top three, while she also defeated two of those individuals. She logged a victory over the players who placed second, fourth, sixth, seventh, ninth, No. 10 and No. 13 in the final rankings—seven of the other 12 players in the top 13—as well as twice topped the No. 24 player.

Along with her spot atop the singles rankings, Perez-Somarriba placed No. 26 in the final doubles rankings alongside freshman Isabella Pfennig. The duo, which competed in the NCAA Doubles Championship, held a top-30 spot in the six of the last seven releases of the season.

Individually, Pfennig also placed No. 26 in the final ITA singles rankings after turning in a superb 18-6 inaugural collegiate campaign. That mark is the sixth-highest of any true freshman in the nation, behind only second-ranked Emma Navarro of Virginia, sixth-ranked Janice Tjen of Oregon, No. 13 Peyton Stearns of Texas, No. 20 Viktoriya Kanapatskaya of Syracuse and No. 21 Alexa Noel of Iowa.

Pfennig, who clinched ITA All-America status by earning a seeded position in the NCAA Singles Championship, sports the highest ranking by a Miami freshman to end the season since Perez-Somarriba also checked in at No. 26 in 2017.

Rounding out Miami’s representation in the year-end rankings is another doubles duo. Second-year freshmen Diana Khodan and Maya Tahan hold the No. 19 spot in the final rankings, their third consecutive top-20 position.

The pair, which took part in the NCAA Doubles Championship, defeated three duos that ended the year in the top 20, including two that ranked top 11. They are the first Hurricanes to finish top-20 in doubles since Stephanie Wagner and Wendy Zhang came in at eighth nationally to end the 2016 campaign.

The full ITA singles rankings can be found HERE, while the doubles list is available HERE.