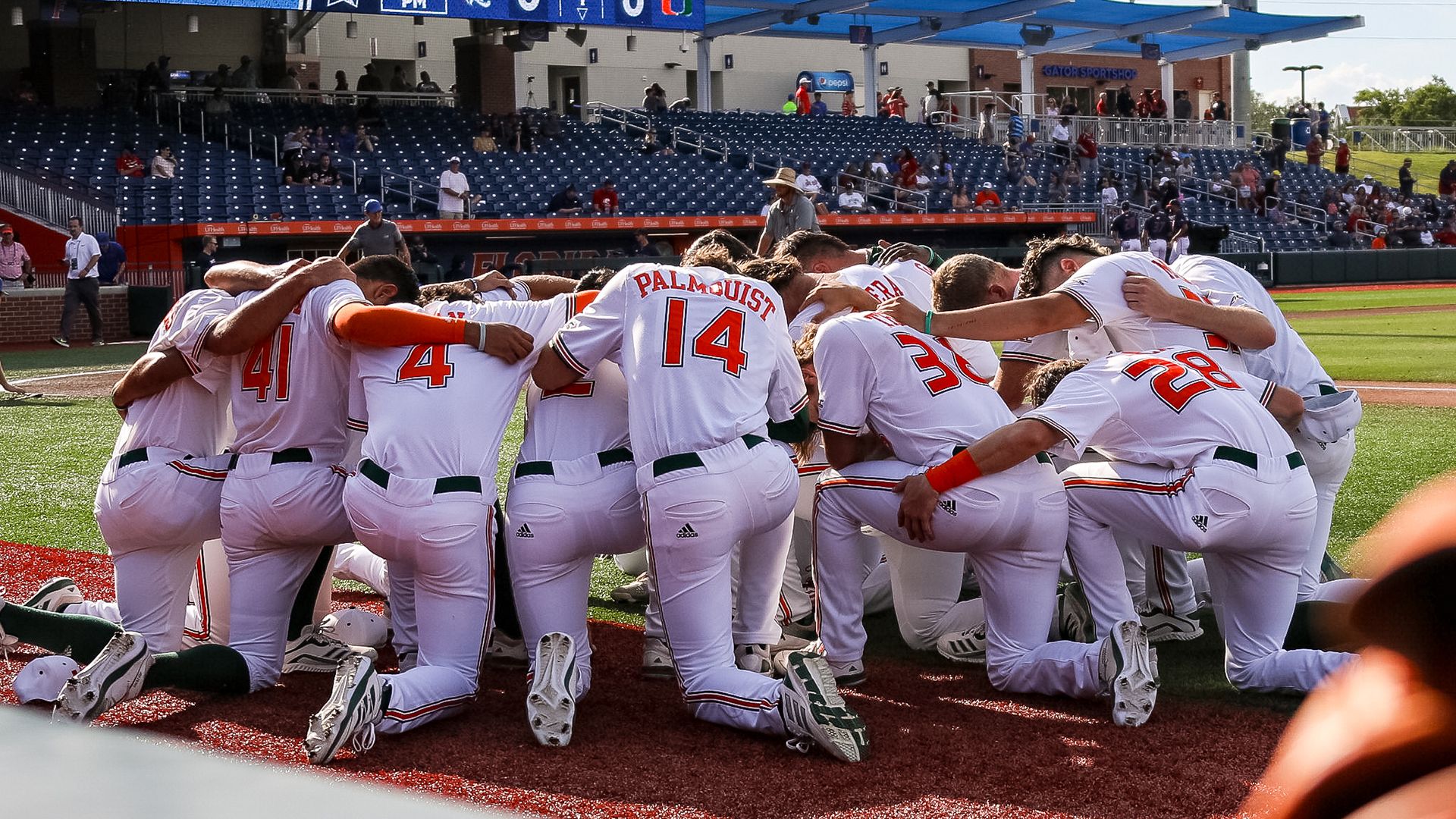 GAINESVILLE, Fla. – The Miami Hurricanes saw their season come to a close Sunday with a 7-2 loss to South Alabama.

The Canes (33-21) got a pair of homers to cut into an early Jaguars’ lead, but Miami could not complete its comeback in Sunday afternoon’s elimination game at Florida Ballpark.

After retiring the first seven batters of the game, Jake Garland made a mistake to Richard Sorrenti and the Jaguars’ catcher hit a solo homer to left that got South Alabama on the scoreboard. After a two-out double by Santi Montiel, Ethan Wilson singled to push home Montiel and Michael Sandle hit a two-run homer to left that capped the four-run inning.

The Canes got on the scoreboard in the top of the fifth when Yohandy Morales belted a 416-foot solo homer off South Alabama starter JoJo Booker. The blast was the freshman’s team-leading 11th of the season and brought the Hurricanes within three, 4-1.

An inning later, Alex Toral crushed a solo shot 445 feet to center that made it 4-2 and gave the Hurricanes momentum.

Miami got the first two batters on in the top of the eighth with Christian Del Castillo and Raymond Gil opening the inning with base hits. But South Alabama called for closer Tyler Samaniego and the lefty retired the next three batters to quell the threat.

The Jaguars (35-21) tacked on insurance runs with two outs in the bottom of the eighth, as Sandle hit his second homer of the game to make it 5-2. Two batters later, Kaleb De La Torre hit a two-run homer to right that capped the scoring.