ORLANDO, Fla. – On the two-year anniversary of winning the national title she is looking to defend, Estela Perez-Somarriba of the University of Miami women’s tennis team secured a spot in the NCAA Singles Championship quarterfinals.

The top-ranked player in the nation and the second overall seed in the tournament, Perez-Somarriba tallied a 6-3, 6-3 victory over No. 41 Alexa Graham of North Carolina Tuesday at the USTA National Campus.

In doing so, she became just the 21st player ever to earn three NCAA Singles Championship Elite Eight berths, as she also did so in 2017 and 2019.

“I think that Stela was just penetrating big-time with her groundstrokes. You’ve got to be careful with Graham; she has the ability to hurt you when she is moving inside the court,” Miami head coach Paige Yaroshuk-Tews said. “I think today we did a great job of just keeping her moving laterally and she wasn’t really able to get behind the balls, I think, where she is most dangerous. Stela played great tennis, kept the balls deep in the court, stepped in when she needed to, served well and returned well, which was big today. You’ve got to return well to win that match.”

In a matchup of fifth-year seniors with five-plus ITA All-America honors, Perez-Somarriba and Graham exchanged holds for the first five games.

Perez-Somarriba then broke for a 4-2 lead, but Graham, who entered the spring ranked third nationally, broke back to make it 4-3. The Madrid native, however, won each of the next two games to seal the opening set.

The second set started with three straight breaks, followed by a hold from Perez-Somarriba to go in front, 3-1. In the fifth game, the reigning national champion went down, 40-0, but took four points in a row to break at deuce for a 4-1 lead.

Graham then took back-to-back games for the first time all day to make it 4-3 and built a 40-30 lead in the eighth game, closing within a point of pulling even. Perez-Somarriba, though, won the next two points to hold at deuce and followed it by breaking at love to seal the 6-3, 6-3 decision. 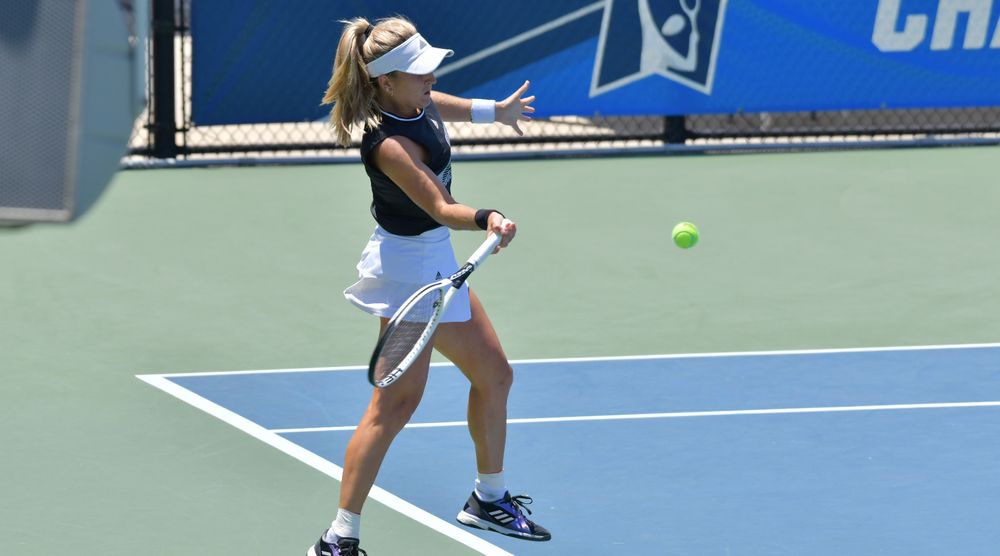 In eliminating Graham, Perez-Somarriba has now defeated 13 of the 23 players who have beat her during her illustrious collegiate career.

“I saw her play a little bit more aggressive. She got up in the match and I think she was playing a little bit more protective,” Yaroshuk-Tews said of Perez-Somarriba’s strong close to match. “…You can’t do that against these good players. And she was able to just see what was happening—see the dynamic of the match—and then she changed it right away.

“Both those games, the 4-2 game and 4-1 game, I think she got down in them pretty early,” Yaroshuk-Tews continued. “To put together four points against a player like Graham to win a game isn’t an easy thing to do. But with the exception of those two games, I think she played a high-quality match.”

Perez-Somarriba is just the fourth player in ACC history to reach the NCAA Singles Championship quarterfinals three times, a number that doubled Tuesday, as North Carolina’s Sara Daavettila (2017, 2019, 2021) also did so.

The other players on the list are Virginia’s Danielle Collins (2014-16) and Duke’s Vanessa Webb (1996-98), the latter of whom Perez-Somarriba passed for second place on the league’s all-time singles wins list yesterday. Those two and Perez-Somarriba are also among the only 11 individuals in NCAA Singles Championship history with three Elite Eight bids and a national title.

In addition, Perez-Somarriba became the second Hurricane to reach the quarterfinals three times, joining Ronni Reis, who did so in 1985, 1986 and 1988, before Miami joined the ACC. 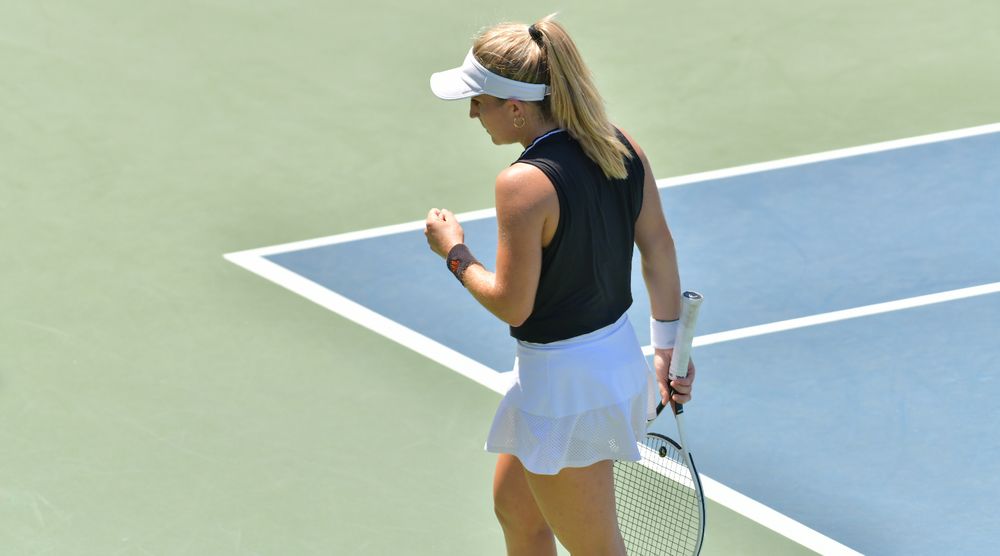 “Just really hard to do,” Yaroshuk-Tews said of Perez-Somarriba’s achievements in the NCAA tournament. “She’s relentless. She’s relentless with her mentality and with the way she plays the game. There are a few players in this tournament that are; she is obviously one of them. It’s unbelievable to watch, it’s unbelievable to be a part of. We’ve got a lot more tennis to play.”

Along with her NCAA accomplishments, Perez-Somarriba also made her way up a Miami leaderboard Tuesday. She now has 237 combined victories between singles and doubles play, passing Laura Vallverdu (2006-10) for second place in program history. 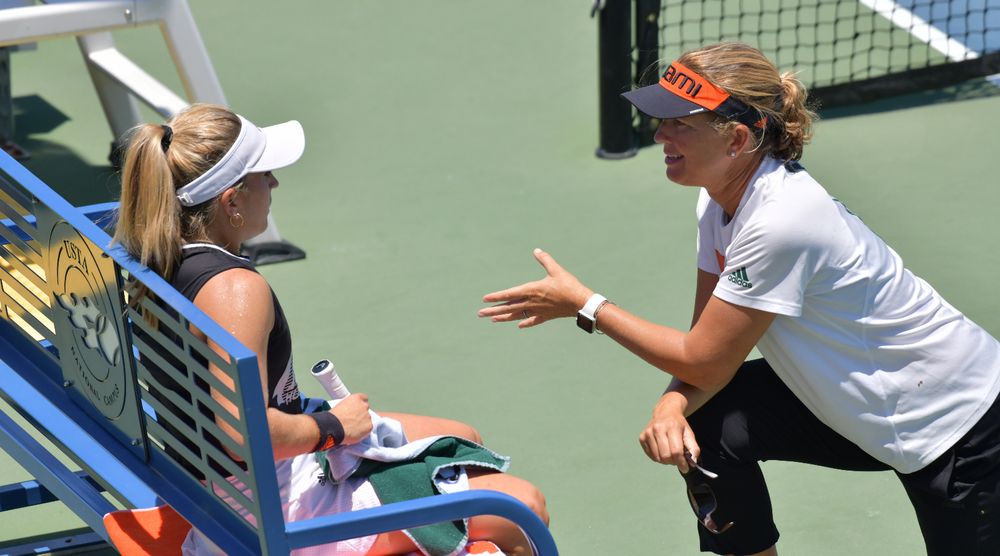 Meanwhile, for Yaroshuk-Tews, she has now guided three individuals to six combined quarterfinal appearances in the last six NCAA Singles Championships. The latter mark is tied with North Carolina for the most of any school in the nation.

Perez-Somarriba will be back in action Wednesday at a to-be-determined time, seeking her third-career semifinal appearance. She is set to face seventh-ranked and seventh-seeded Abbey Forbes of UCLA in the lone quarterfinal matchup between two seeded players.