CORAL GABLES, Fla. – Brian Van Belle always dreamt of being a professional baseball player and the former Miami standout will make his first start as a pro Wednesday night.

Van Belle’s debut for the High-A Greenville Drive will mark his first official outing as a member of the Boston Red Sox organization and a return to competitive action for the first time since his final outing with the Canes.

“The juices are flowing. I’m excited to see what the atmosphere is like on opening night,” Van Belle said. “We’re at home so I’m pumped up about that. The Greenville area, I’ve seen it now the last couple days and it’s beautiful. I’ve heard the fans are great agree and it gets rowdy in there. So, I’m excited for it, and pumped up to go out there and do my thing in a competitive atmosphere again.

“I haven’t pitched in front of fans or crowds since March 6, 2020 against Pitt,” Van Belle said. “I got my feet wet in professional baseball but it was in a different realm, whereas you’re pitching on the backfield and you’re pitching in JetBlue Park with just some scouts, some coordinators and coaches watching. This is definitely more exciting knowing that you’re going to be playing in front of fans and a more competitive atmosphere.” 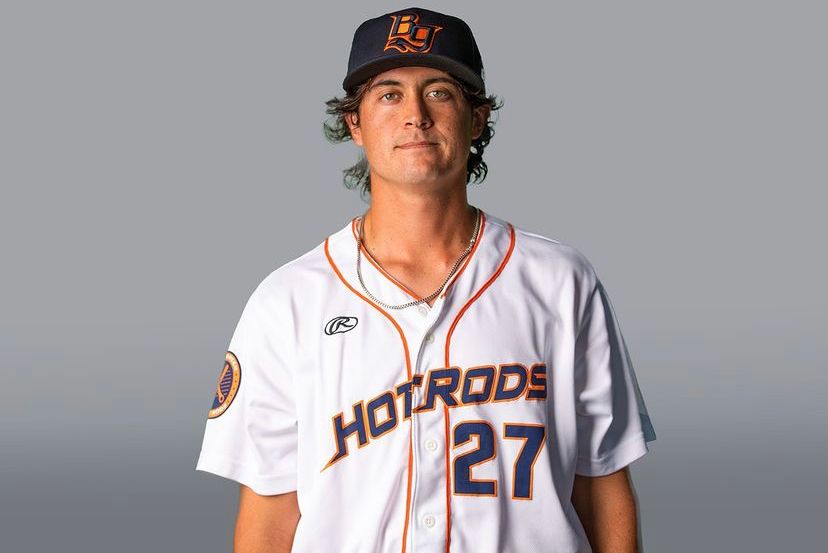 Evan McKendry, who was teammates with Van Belle at Miami in 2019, will be in the opposing dugout when the rookie makes his debut for the Greenville Drive.

Van Belle will see a familiar face in the opposing dugout to start his 2021 season, as former UM teammate Evan McKendry is in his first season with the High-A Bowling Green Hot Rods of the Tampa Bay Rays organization.

“It’s definitely exciting to know Evan’s going to be there,” Van Belle said. “He’s a guy that I was a teammate with at Miami and still keep in touch with today. There’s actually another guy on their team that I went to high school with, Michael Gigliotti. It’s cool to know that I’ll get to experience my first pro outing and know that some guys that I know will be there, too. We can all look back and see how all of our hard work and passion for the game and the time that we put in has come to fruition and we’re all here now.”

“It’s his first pro outing and I’m glad I’m going to be there,” McKendry added.” It’s going to be really cool to watch, especially with a guy like him that has been through so much on his journey to get to this moment. It’s a great moment for him.”

For McKendry, facing off against Van Belle in the season-opening series adds a little extra excitement to an already highly anticipated start to the season.

The two former Hurricane hurlers spent time working out together before heading to spring training and it brought back memories of their time in Coral Gables.

“We were pretty much just throwing bullpens together but it was a lot of fun,” McKendry added. “I was joking with him that I used to love throwing changeups back and forth with him in college. So, doing it again this offseason was so much fun. I enjoyed it.”

The pair could not have imagined crossing paths again so soon, but are excited to face off against each other in 2021.

“This whole thing was uncertain,” Van Belle said. “We both said ‘bye’ to each other our last bullpen and we said ‘good luck’ and now we come to realize that we’re going to be playing against each other throughout the season in High-A so that’s definitely exciting.”

Van Belle and McKendry are two of 22 Hurricanes currently on professional baseball rosters in 2021. Yasmani Grandal, Zack Collins and Bryan Garcia give the Hurricanes a trio of big leaguers, while Van Belle is joined by fellow right-handers Slade Cecconi, Chris McMahon and Tyler Keysor, as well as infielder Freddy Zamora, in making their professional debuts in 2021.

“All of our hard work and passion for the game is coming to fruition and now we’re all here starting our professional careers, which is definitely exciting,” Van Belle said.

A complete list of ProCanes and their current assignments is below.