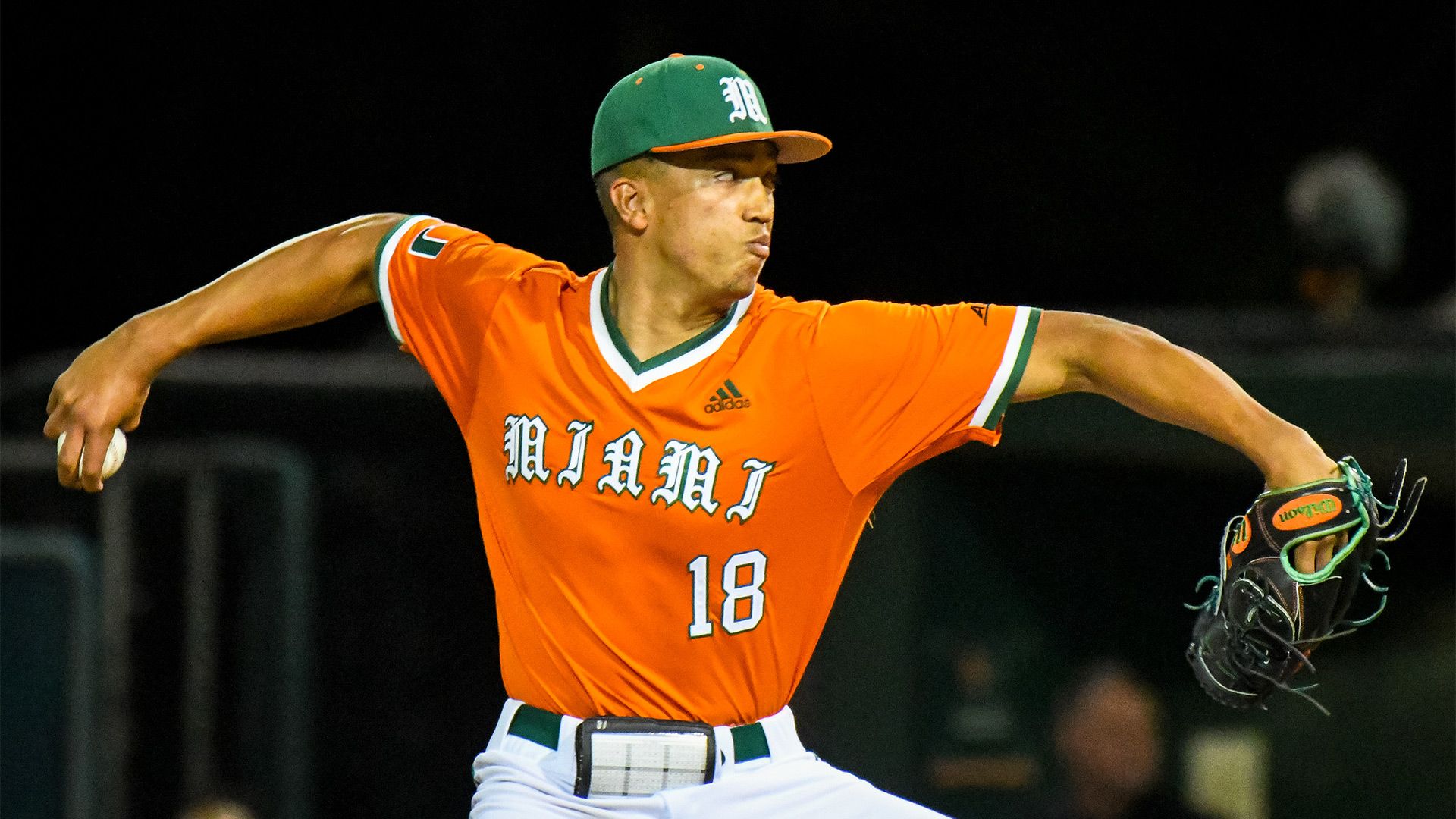 Canes Bounce Back at Boston College, 2-1

The Canes (24-14, 15-13 ACC) got a career-best start from McFarlane to help Miami bounce back against the Eagles inside the Harrington Athletics Village.

“This win is big. To think that we got shut out with the score that it was yesterday and today we had a chance to shut them out, baseball is a crazy game,” DiMare said. “I’m proud of our guys for responding after what was obviously a tough loss yesterday. In baseball, you’ve got to turn the page and it’s a quick turnaround because you’re playing the next day. We got it done today and now we’ve got to be ready to play tomorrow. It’s a whole new ballgame tomorrow and we’ve got to be ready to win the series.”

McFarlane made the most of his first weekend start as a Hurricane, tossing five shutout innings. The right-hander scattered three hits and struck out a career-high five Eagles to earn the win in his longest collegiate outing.

“The starter sets the tone and when you fall behind a lot of runs, it can be tough, especially if you’re not swinging the bat the way you’d like to,” DiMare said. “That was really big for us to get that start from Alex.”

Miami scored in the top of the first, as Anthony Vilar crossed home plate on an RBI groundout by Adrian Del Castillo that gave the Hurricanes their first run of the series.

A two-out RBI single from Raymond Gil in the fourth doubled Miami’s lead, as the flare to right field pushed home Del Castillo to make it 2-0.

“We didn’t expect to get five innings but Alex threw a lot of quick innings and got some double plays there and just kept his pitch count really down,” DiMare said. “It’s hard because he hasn’t gone that much and you want to leave him in because he’s doing so well but you also know there’s some fatigue setting in because he just hasn’t done that. You could see it a little bit so that was a tricky one trying to get him out at the right time when he’s throwing so well.”

Closer Carson Palmquist took the mound in the eighth and picked up his 10th save of the season, surrendering a run with two outs in the ninth before striking out Jack Cunningham to end the game.

The Hurricanes and Eagles will decide this weekend’s series on Sunday in a game scheduled to begin at 1 p.m.