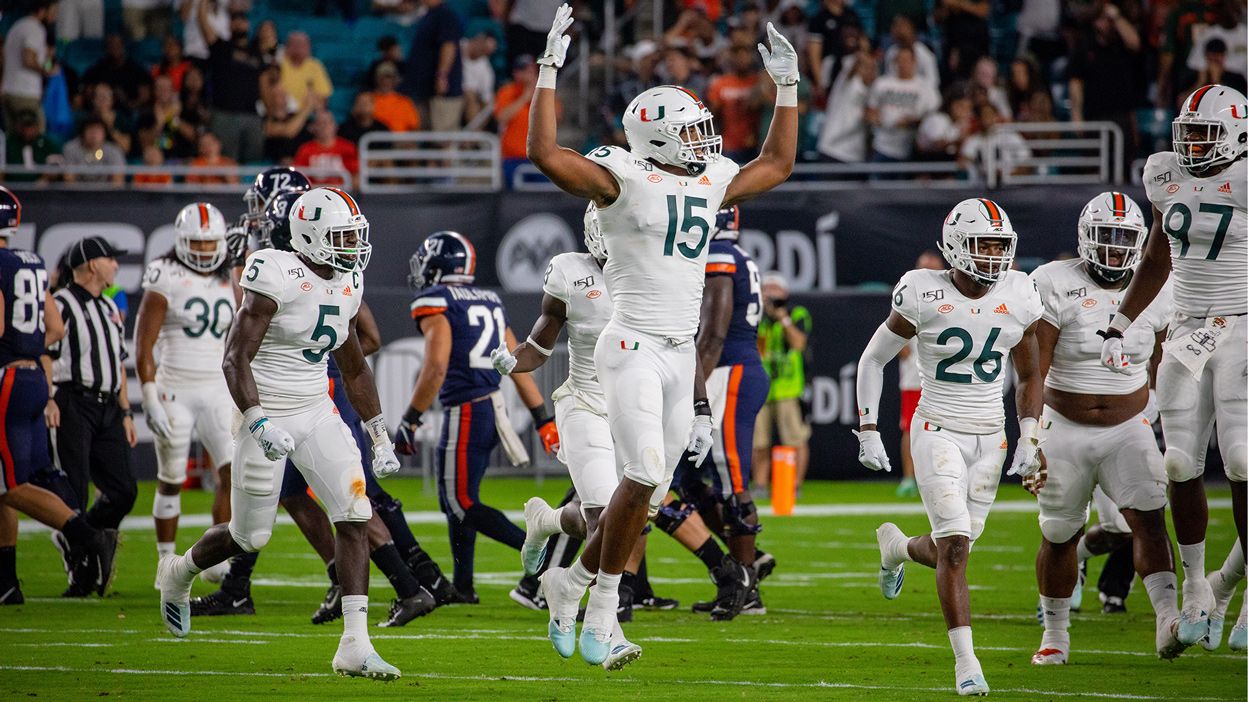 Bills Add Rousseau in First Round of NFL Draft

CORAL GABLES, Fla. – University of Miami defensive end Gregory Rousseau was selected with the 30th overall pick by the Buffalo Bills Thursday night in the first round of the 2021 NFL Draft.

Rousseau, who opted out of the 2020 season, had a breakout season in his first year as a starter in 2019. The South Florida native saw action in all 13 games and made seven starts en route to ACC Defensive Rookie of the Year honors.

Rousseau was named to the All-America Second Team by the Football Writers Association of America (FWAA) and was selected a Freshman All-America by several outlets. He led the ACC in sacks (15.5) and tackles for loss (19.5) in his first season as a starter, and ranked second and ninth in FBS, respectively, in those categories.

With his selection by the Bills, Rousseau became the 18th defensive lineman from the University of Miami selected in the first round, the most of any program in NFL history. Rousseau joined Jaelan Phillips, who was selected as the No. 18 overall pick by the Miami Dolphins, as first-round selections. 2021 marks the fifth straight year Miami has had at least one defensive end drafted.

The selection of both Rousseau and Phillips on Day 1 marks the first time since 2015 that Miami has had two student-athletes selected in the first round of the NFL Draft.