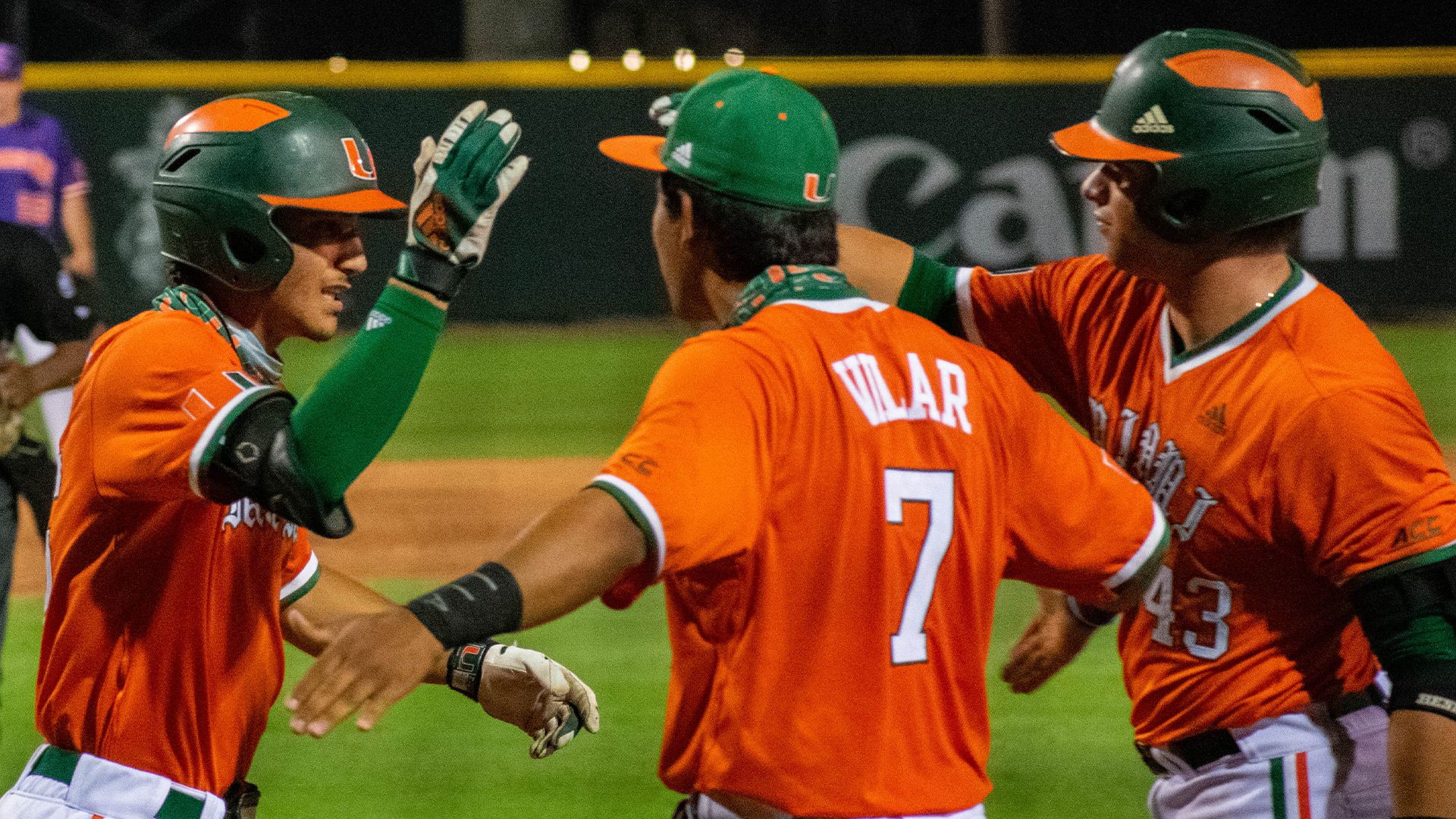 CHAPEL HILL, N.C. – Miami bounced back in a big way Sunday in Chapel Hill, taking the series finale against North Carolina and securing head coach Gino DiMare’s 75th win at the helm of the Hurricanes.

“He’s a little guy, but he’s got some pop in his bat,” DiMare said of Pitelli. “I’m sure he surprises some people with his power. He’s hitting down in the lineup but I think Dom’s got a chance to be a really, really good hitter in college and moving forward. His strength is his defense, but he’s come a long way with his offense. He’s done a great job for us and those are big when you have guys down in the lineup if they give you big hits like that, it’s so important for our team.”

The Tar Heels (20-17, 14-13 ACC) put together a two-out rally in the bottom of the first, as Justice Thompson hit a double just inside the third base line and scored on an RBI single from Danny Serretti.

But Miami (22-13, 14-12 ACC) answered right back with four runs in the top of the second. Raymond Gil’s one-out double to left put runners on second and third and Alex Toral drove them both in with a base hit thru the left side that beat the shift and gave the Hurricanes a 2-1 lead. Dominic Pitelli capped the big inning when he belted a two-out, two-run homer that made it 4-1.

Garland settled in after the first and tossed five scoreless frames to finish his afternoon allowing just one run on seven hits over six innings. The right-hander got some help from his defense, as the Hurricanes turned three double plays in Garland’s six innings of work.

“This is what we’d like to see,” DiMare said. “On the pitching side of it, we got six innings and Jake wasn’t his sharpest, but he battled through it and he got us through six innings. We need our pitchers to do that. Seven would be great, but six innings gets us to our guys in our bullpen and we’d like to go to those guys. It started with Jake and then we get to turn it over to [Daniel] Federman and he’s got a lot of experience in those situations. Fed’s done it all for us, and great job by him today getting it to Carson [Palmquist].”

The Hurricanes added on in the seventh, scoring three runs with two outs against UNC closer Caden O’Brien. Pinch hitter Carlos Perez started the rally with a two-run double to right-center and Pitelli followed with an RBI double to right that sent pinch runner Tony Jenkins home and gave Miami a six-run lead.

“We did a good job of scoring late there to kind of put it away, which I thought was very, very important,” DIMare said. “Carlos Perez had a big, big hit right there that was maybe the knockout blow.”

Pitelli added a sacrifice fly in the ninth, driving in Christian Del Castillo to set a new career-high with four RBI.

Miami is back in action Tuesday, hosting FGCU at 6 p.m. 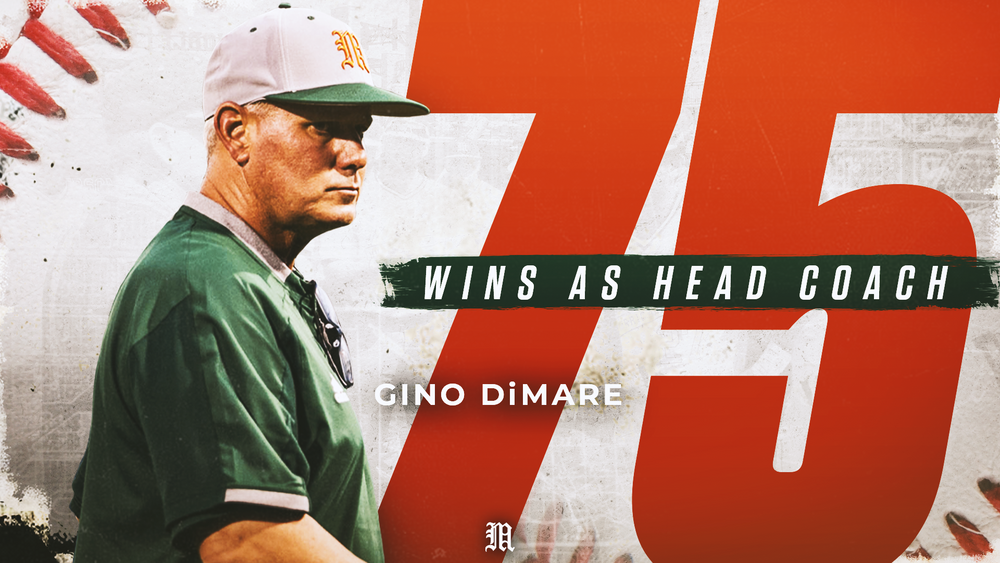