CORAL GABLES, Fla. – University of Miami catcher Adrian Del Castillo was named the ACC Player of the Week for April 5, as announced Monday by the conference office.

Del Castillo batted .471 (8-for-17) with three doubles, seven RBI and six runs scored to lead Miami to a 4-0 week that included an ACC series sweep of Duke. 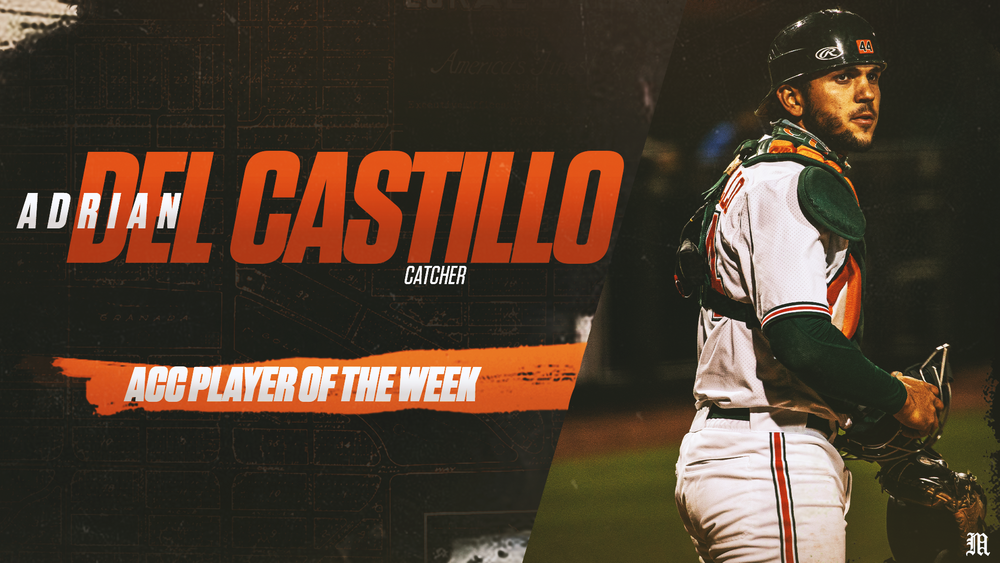 The third-year catcher was 2-for-4 with three runs scored and a career-high four RBI in Miami’s 21-2 rout of FIU, and he keyed Miami’s series-clinching win over the Blue Devils on Saturday with a 3-for-5 effort that included a pair of RBI and two runs scored. He went 2-for-4 and drove in another run in Sunday’s win.

After his productive week, Del Castillo raised his season numbers to a .323 batting average, with six doubles, a triple, three homers and 21 RBI.