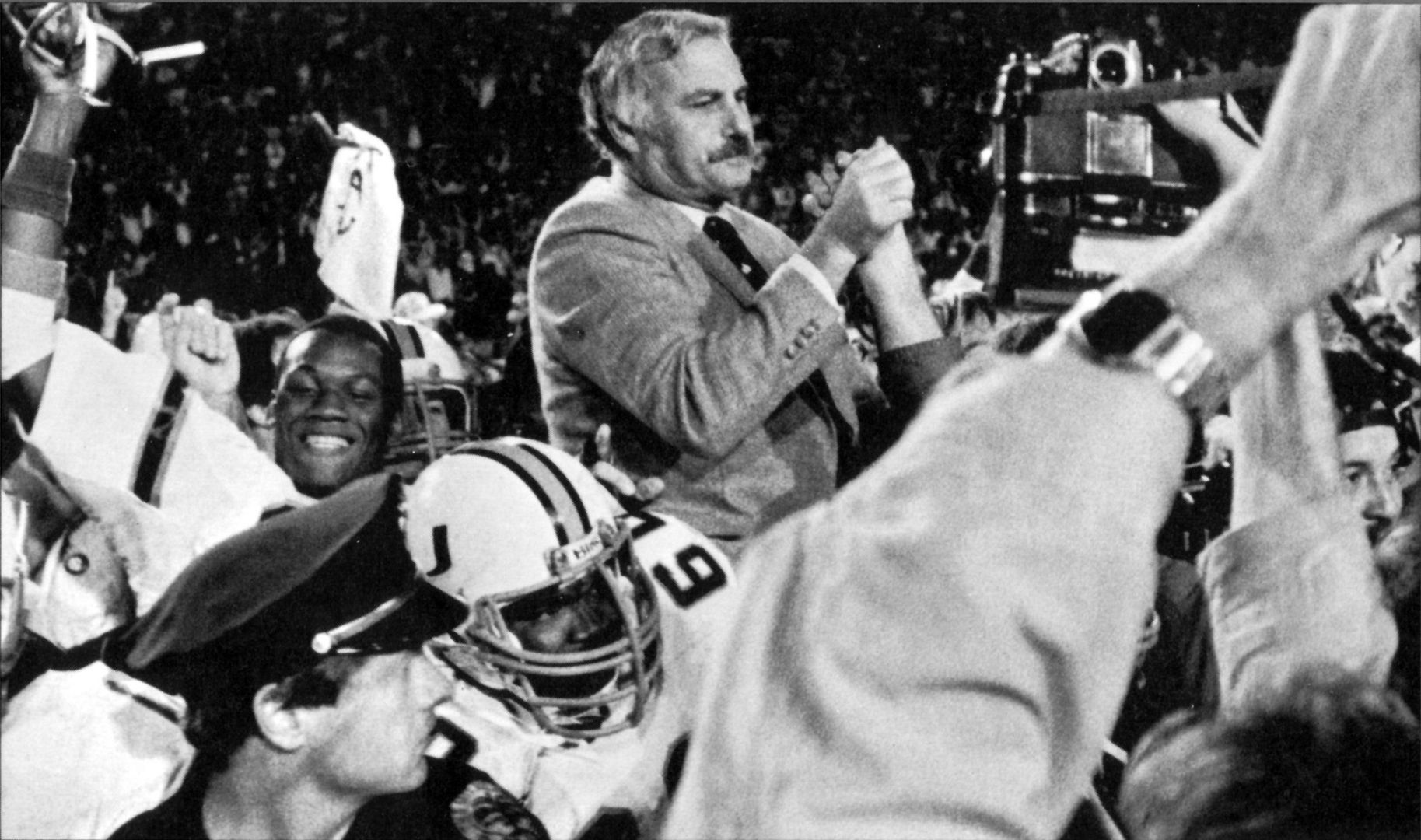 CORAL GABLES, Fla. – When Howard Schnellenberger arrived at the University of Miami, he took one look at his new players and made them a promise.

“I knew we were on a collision course for the national championship, so I said, ‘Get in there, put your hats on, get your football shoes on and let’s go practice. Let’s roll. Let’s go work and work and work and if we do that, we’ll become winners very quickly,” Schnellenberger recalled in 2019. “And so, it came to be.”

It most definitely came to be – and it has never been forgotten.

Schnellenberger, who in 1983 led the Hurricanes to their first of five national championships and helped revolutionize college football, died on Saturday. He was 87 years old.

At Miami, where Schnellenberger took over as coach in 1979 and laid the foundation for an unprecedented run in which the Hurricanes would win four national championships in nine years, the coach was remembered not just for the work he did on the field, but the impact he had in the locker room, on the University, and in the community as a whole.

“That first meeting with him changed my life,” said former Hurricanes center Don Bailey Jr., who played for Schnellenberger and is currently the radio analyst for the Miami football team. “It was a demand that we were going to win a national championship. It wasn’t a negotiation. There was no hope, there was no fairy tale. We were there for that and of all the people he’s coached, he changed everybody’s lives. He really changed everybody’s lives. That first meeting set the course for his history and changed the history of the University of Miami.”

Added former Hurricanes linebacker Jay Brophy, “He was the face of Hurricanes football. Without him, I don’t know where I’d be. He helped me believe anything was possible if you believed and were willing to work for it. He was the role model for all us young men – tough, strict and most of all, honest. Totally loyal to his family and his team. He was the best, smartest football coach I ever played for.” 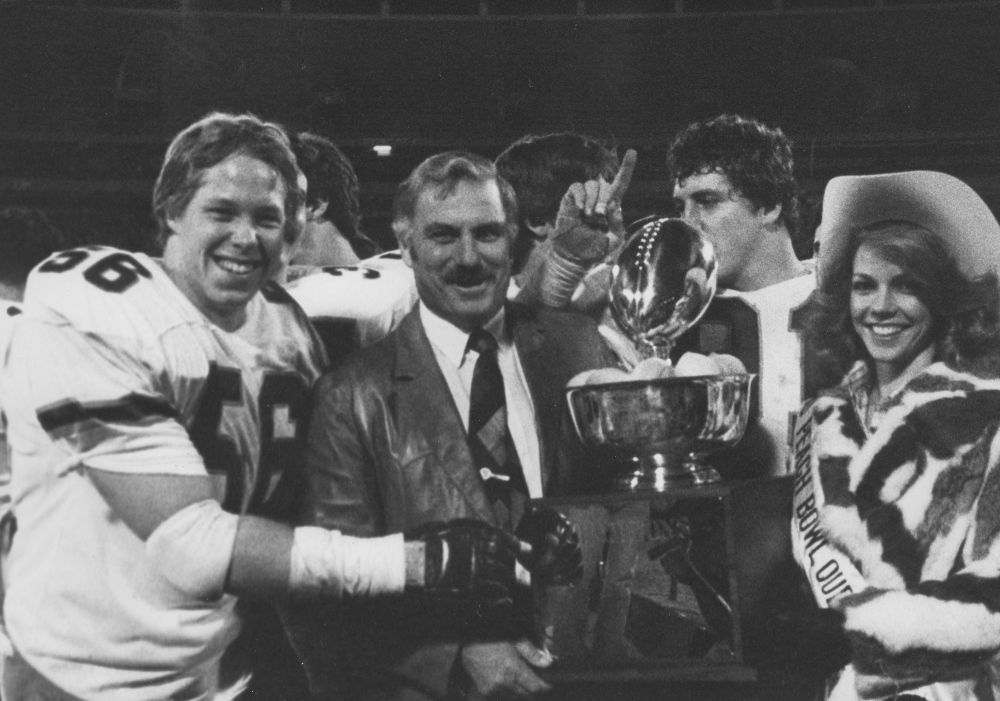 For much of his career as a college coach, Schnellenberger was recognized as a program-building pioneer.

Before he took over at Miami in 1979, the Hurricanes were floundering and the school had discussed the possibility of either playing at a lower level or eliminating football completely.

He brought to Miami a pro-style passing attack he’d honed as the offensive coordinator for the Miami Dolphins during their 1970s heyday and made it a priority to build his roster with players from South Florida, recruiting Miami-Dade, Broward and Palm Beach counties in a way no program had before.

Today, the bulk of the Hurricanes’ roster still hails from the “State of Miami,” and current head coach Manny Diaz has made it clear keeping South Florida’s best players at home remains one of his biggest priorities.

“I don’t know that there is Miami football without Howard Schnellenberger, not the way we know it,” Diaz said. “It’s hard to imagine the state this program was in when he came here. If you look historically throughout college football, there are the bluebloods and it’s very, very hard to join that group. Howard Schnellenberger came to the University of Miami and he took down the establishment…You could talk about the football program, [but] he elevated the entire University to a different status in the country and the entire Hurricanes community will forever be in debt to him.”

Said Miami President Julio Frenk, “Howard Schnellenberger was more than a football coach. His vision, resiliency, and ability to bring people together continue to inspire us at the University of Miami. Our hearts go out to his wife, Beverlee, and all of his loved ones.”

After his time at Miami, Schnellenberger revitalized another program – the one in his hometown of Louisville, where the Cardinals had endured six straight losing seasons before he arrived. By the time the mustached, booming-voiced coach left, the Cardinals had notched a pair of bowl wins – including a 34-7 Fiesta Bowl victory over Alabama in 1991 that marked the program’s first appearance in a New Year’s Day bowl game.

Schnellenberger’s final coaching stop came not far from where he changed the Miami program.

In 1998, he was named the director of football operations at Florida Atlantic University in Boca Raton. He built the program from scratch and became the Owls’ first coach, leading them from FCS status to, eventually, the 2007 Sun Belt Conference title.

In his 27 years as a college coach, Schnellenberger amassed a 158-151-3 record. He was inducted into the University of Miami Sports Hall of Fame in 1993 and on the day of his death, all three of the programs where he left such an indelible mark – Miami, Louisville and FAU – honored him with a series of tributes.

But as much as they appreciated the wins and the program-building, Schnellenberger’s former Miami players said Saturday his legacy extends far beyond what he accomplished on the field.

“I really always dreaded this day, that the Miami Hurricanes and all of these Howard Schnellenberger players would be without their coach,” Bailey Jr. said. “Then I realized, everybody that played for him, everybody that knew him, everybody that was associated with him, he’ll be with us the rest of our lives. That really tells you the kind of impact Howard Schnellenberger had…I think everybody wants to talk about the football, but that’s the easy part. That’s what everybody can see. What you don’t see are literally the thousands of lives that he saved, the thousands of boys he turned into men, the thousands of kids that without his guidance would have gone the wrong way instead of the right way…He allowed you to grow, but he tested you. And he pushed you. He really taught all of us that there are no limits…He taught me how to win. He taught me how to stand up and do things right. And he also taught every one of his players to never be outworked. He was, without question, aside from probably my father, one of the three greatest impacts in my life.”

Added former Hurricanes defensive lineman Ed Hudak, the current Coral Gables Chief of Police, “As a leader, when you see the head coach has a cot rolled into the coaches’ locker room because he doesn’t go home during two-a-days, you realize the commitment he had. And it was commitment. I use that every day in my job with the police department. You have to lead by example. And he led by example…It transcended football.”

Schnellenberger is survived by his wife Beverlee, his sons Timothy and Stuart, his grandchildren Joey, Marcus and Teather and his great grandchildren Tyler, Lacie and Harper Ann. He was predeceased by his son Stephen and great-grandson Angel.