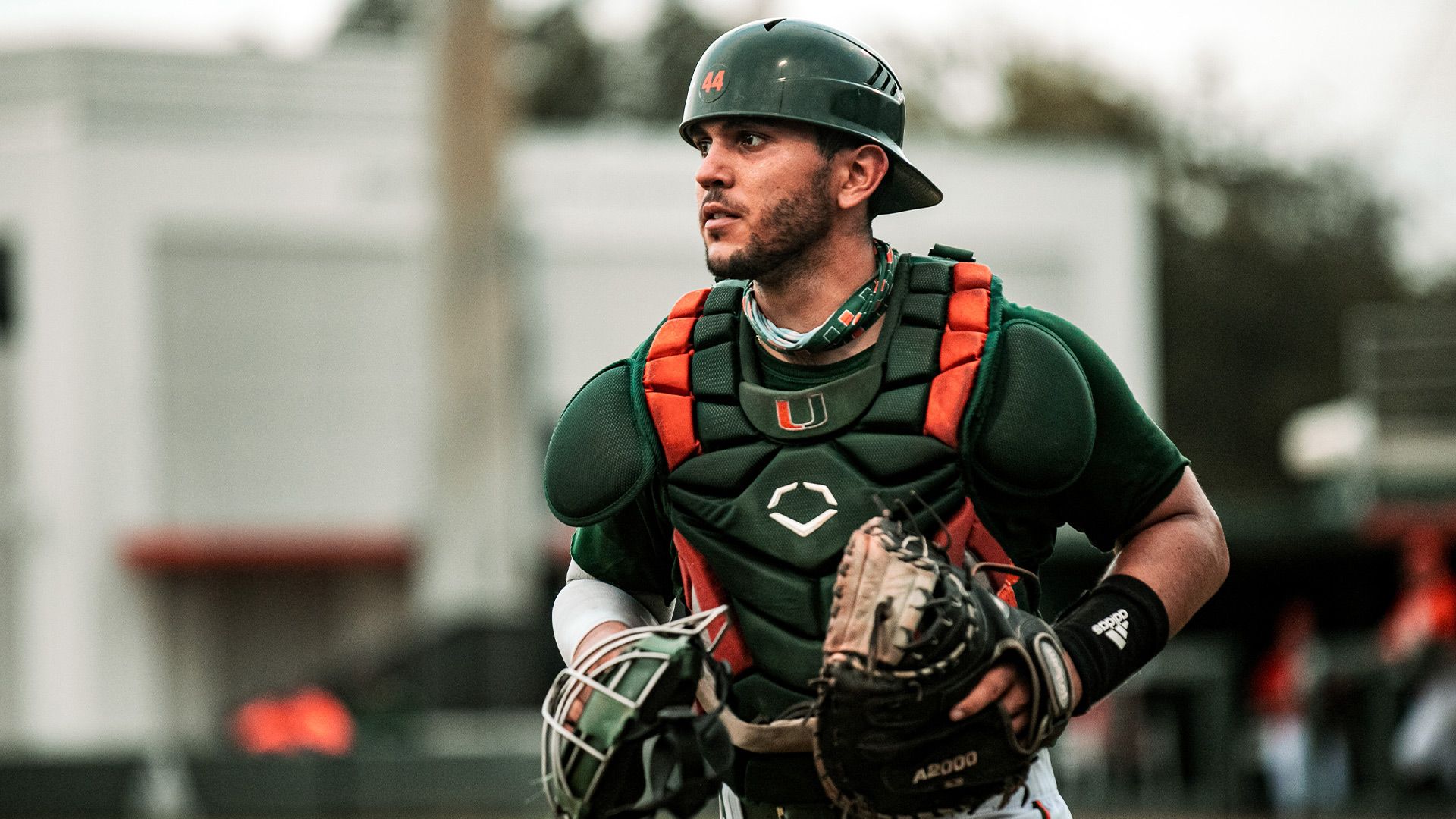 CORAL GABLES, Fla. – One of the best players in America has been recognized as one of the top catchers in the country.

“Adrian is one of the better pure hitters we have ever had at Miami,” head coach Gino DiMare said. “He has the ability to hit the ball to all fields with power and is an RBI machine. He also possesses a great feel for the strike zone and for a power guy is a difficult guy to strikeout. His defense has continued to improve in all phases and commands respect from all his teammates. He is a very coachable player and one of our leaders on our ballclub.”

One of the premier hitters in America, Del Castillo is considered among the top prospects in the 2021 MLB Draft class. The third-year catcher has been a machine at the plate in his two years at The U, hitting .336 with 24 doubles, 14 home runs and 87 RBI over 77 games played. In a 16-game shortened season a year ago, Del Castillo led the Hurricanes with a .358 batting average and was tied for the team lead in runs scored (13) and hits (19), while his 15 RBI tied for second on the club. 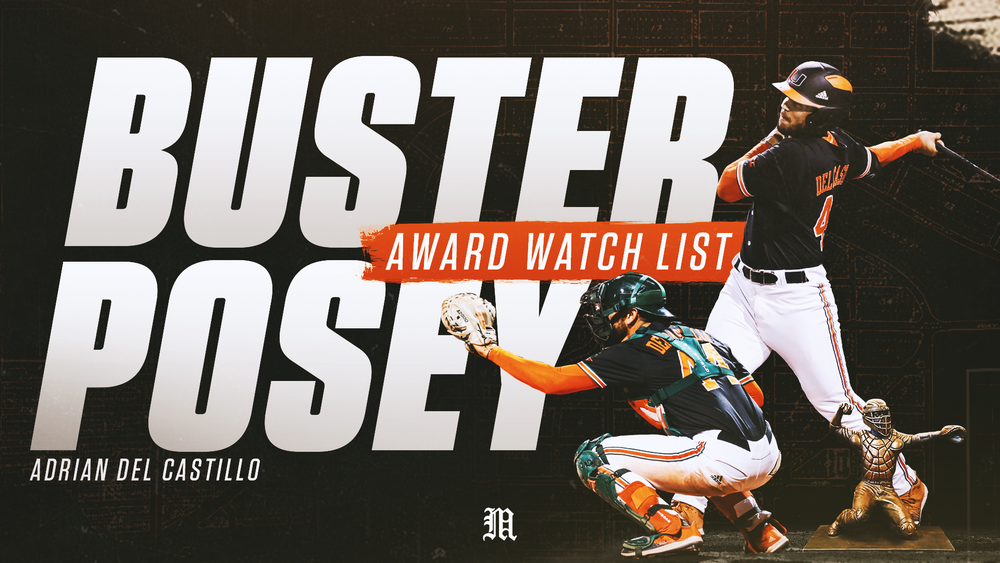 Because the award is given annually to the top division one collegiate catcher, the list will be updated to include other candidates until May 5, 2021.

Because the Buster Posey Award strives to honor the top collegiate catcher in a season, a 2020 recipient was not named due to the COVID-19 pandemic and the cancellation of the collegiate baseball season.