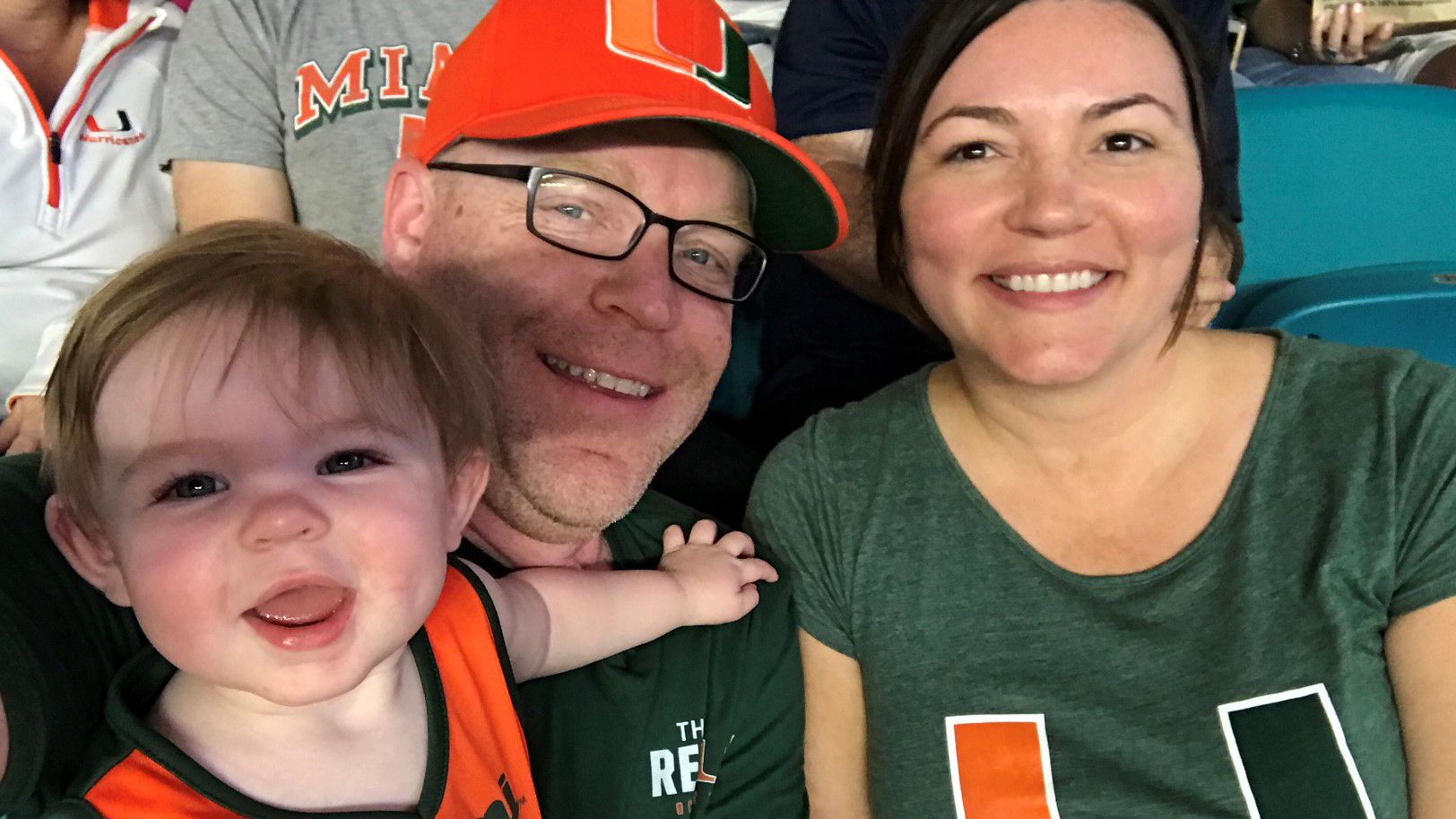 More than any other memory as a high schooler spending weekends working in the Orange Bowl, Richard Sherman remembers those long walks up and down the steps on home game days.

Carrying two heavy metal racks of sodas through the aisles and selling them for .15 cents each, Sherman hoped that the Hurricanes would be winning.

“When I got to the section with all the fraternity brothers, and the game was going well, they’d buy the whole rack off of me,” Sherman said with a laugh. “They’d take all the sodas as mixers. If the game was not going well, I was stuck with all of them. They were my best customers.”

Sherman enjoyed a major upgrade in 1965, when he moved from the aisles to the sidelines. He was eventually accepted to Miami and was a staff photographer for The Miami Hurricane and IBIS Yearbook as a student. Sherman, who met his wife Barbara during his freshman year, graduated from The U in 1969 with a bachelor’s degree in biology.

The duo will be married 52 years in August and now lives in Plantation, where they tailgate games together – and Sherman is usually wearing his ‘lucky’ Miami socks.

Disinterested in the Volunteers and adamantly anti-Notre Dame, James Phillips vividly remembers watching a 1985 beatdown as a six-year-old in Tennessee.

“I knew I hated Notre Dame, because they were always on TV and so popular,” Phillips said. “I watched Miami beat them down and I said, ‘That’s my favorite team because they beat Notre Dame.’ It just stuck. I started becoming more and more of a fan.”

Phillips remembers his sole request for Christmas in 1994 – tickets to watch the Hurricanes play Nebraska in the 1995 Orange Bowl.

Phillips – along with dad, Dennis, and mom, Bobbie – made the trip down and were hooked, beginning a tradition that has continued nearly 30 years on. The travel party for every game has now extended to his wife, Crystal and three-year-old daughter, Landrie Mia Phillips.

“We fly down on Thursday,” Phillips said. “We fly out of Asheville, which is about an hour and a half from us in Tennessee. We spend Thursday through Sunday in Miami, but Saturday is reserved for gameday stuff. We come home on Sunday and we’ll do that for every home game. We don’t miss a  game.”

Phillips, who graduated from Tennessee with a degree in advertising, made his fall plans clear to Crystal when they first started dating.

“That was the deal,” Phillips said. “One of the things I told her was, ‘This is how it’s going to be in the fall. It’s going to be this way forever. Just be prepared.'”

As he cruised the seas as a sonar technician in the Navy, Edward Welch couldn’t help but reminisce on that special weekend in Coral Gables in the mid-1950s.

“I think it was a bus that came up from Key West when we were in high school, and gave us accomodations for the weekend,” he recalled. “We went to a dance at the university that was around the pool area and we went to a football game. That was the first time I stepped foot into the Orange Bowl. I was impressed.”

Welch was accepted into more than 10 schools, but Miami “called out” to him during his time working on a Navy steamer. He made trips all across the world, sailing to Pakistan, Egypt, India and Ethiopia, among other places, but Coral Gables would become home when he was finished in the military.

Welch graduated from Miami and became a teacher, relocating to Boston for work. After retiring from teaching in 2001, Welch moved to St. Cloud in 2004, and now makes the drive down for every home game at Hard Rock Stadium.

Welch spent the final 21 years of his 36-year teaching career at a school in downtown Boston and always enjoyed the week leading into the game with his colleagues.

“There were only two of the 40 teachers or so that worked at the school that didn’t go to Boston College, so they tortured me,” Welch said. “But whenever Miami came to BC, we never lost the game. On Mondays after the game every couple of years, I had two of my biggest students write the score on every other teacher’s chalkboard in orange and green.”

The best part of all?

“I gave them extra credit.”