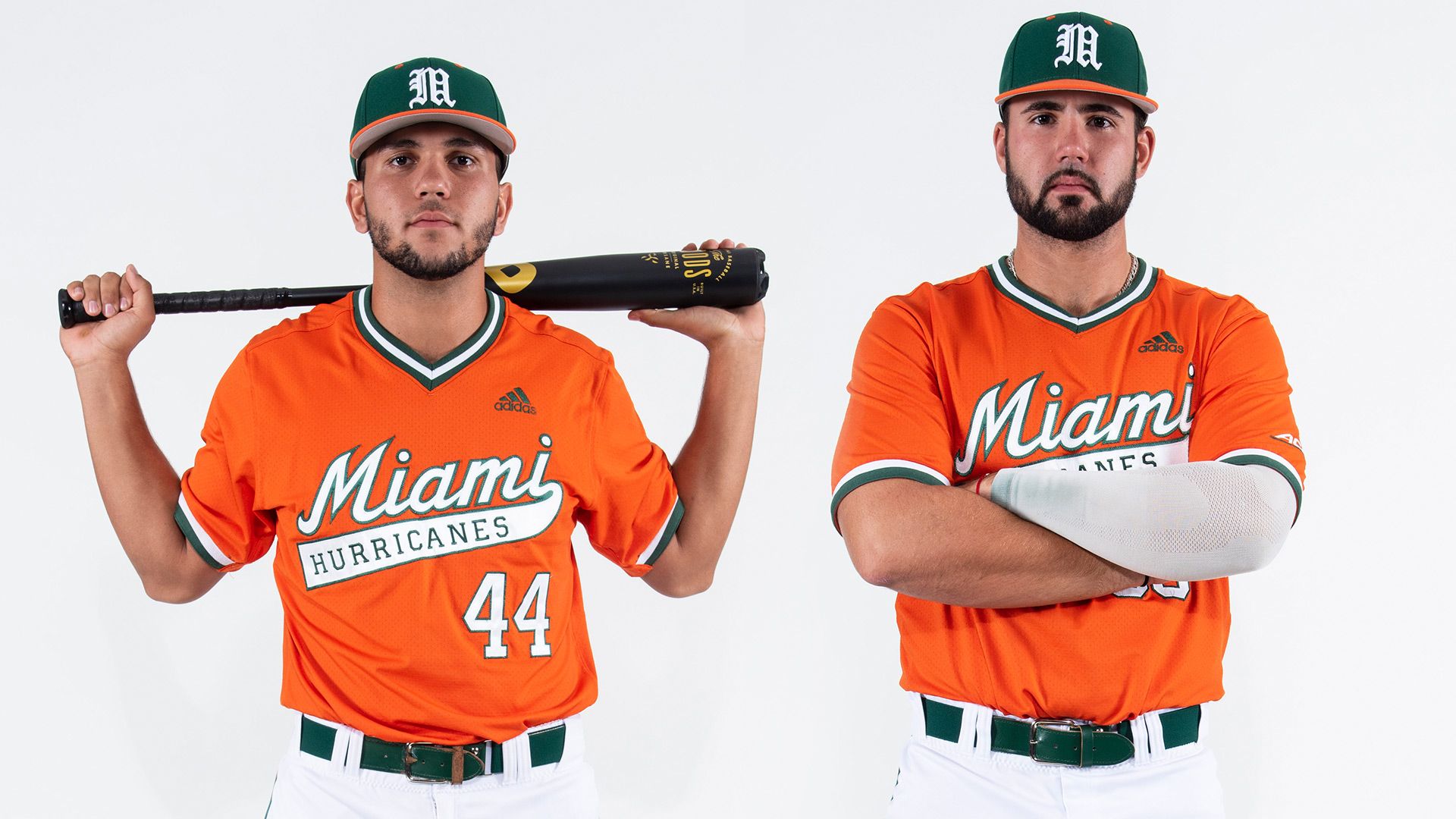 The preseason watch list features 55 of the nation’s best amateur players from high school and college baseball. The Golden Spikes Award Advisory Board will maintain a rolling list of players, allowing athletes to play themselves into consideration for the award throughout the season. Miami is one of 11 schools with multiple student-athletes represented.

“We are thrilled to be bringing the Golden Spikes Award back this year and kicking off the 2021 amateur baseball season with the fifty-five-player preseason watch list,” said Paul Seiler, Executive Director/CEO of USA Baseball. “The athletes who make up this year’s initial watch list have an incredible amount of talent and we are looking forward to their return to the diamond so we can follow their journeys during what will undoubtedly be a highly competitive season.”

Del Castillo and Toral are two of the premier hitters in college baseball and they enter the 2021 season as two of the most decorated bats in Division I. Both players were named to Baseball America’s Preseason All-America first team, making the Hurricanes one of two programs with two such honorees. 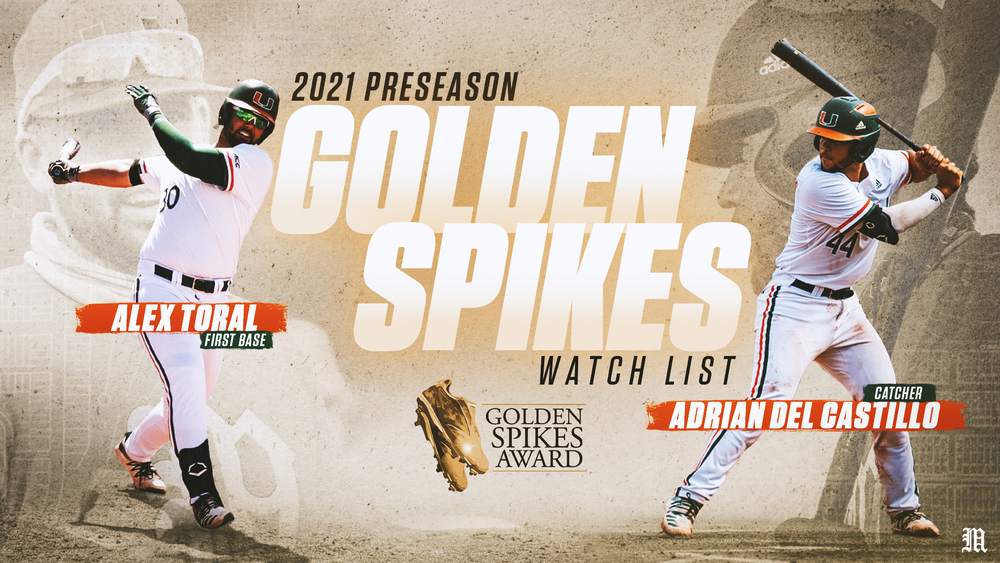 One of the best hitters in America, Del Castillo is considered among the top prospects in the 2021 MLB Draft class and is on the Golden Spikes Award watch list for the second consecutive year. The third-year catcher has been a machine at the plate in his two years at The U, hitting .336 with 24 doubles, 14 home runs and 87 RBI over 77 games played. In a 16-game shortened season a year ago, Del Castillo led the Hurricanes with a .358 batting average and was tied for the team lead in runs scored (13) and hits (19), while his 15 RBI tied for second on the club.

Already one of the top power hitters in the nation a year ago, Toral brings his big bat back to the heart of Miami’s lineup after leading the team with five home runs and 16 RBI in 16 games a year ago. The Davie, Fla., native posted a .296 batting average in 2020, while leading the team with a.593 slugging percentage and was second on the Canes with .435 on-base percentage.

Toral flexed his muscles at the plate in 2019 for the Canes, hitting an ACC-leading 24 home runs to rank third in Division I and helped propel Miami to a conference-high 85 homers on the year. The herculean first baseman’s 24 homers moved him into a tie with Yonder Alonso for the second-most home runs by a Hurricane in a single season.

In addition to his prolific power numbers, Toral hit .293 with six doubles, 47 runs scored and 67 RBI. His 19 multi-RBI games led the Canes and he also posted 15 multi-hit performances. An outstanding performance in his first NCAA tournament earned Toral a spot on the 2019 All-Starkville Regional Team.

This is Del Castillo and Toral’s second award watch list distinction, as both were named to the Bobby Bragan Collegiate Slugger Award (BBCSA) Watch List. The BBCSA is based on performance at the plate, academics and personal integrity.

Fan voting will once again play a part in the Golden Spikes Award in 2021. Amateur baseball fans will be able to vote for their favorite players on GoldenSpikesAward.com, starting on June 8 with the naming of the Golden Spikes Award semifinalists. USA Baseball will announce the finalists for the award on June 24 and fan voting will open at GoldenSpikesAward.com concurrently, remaining open through July 2.