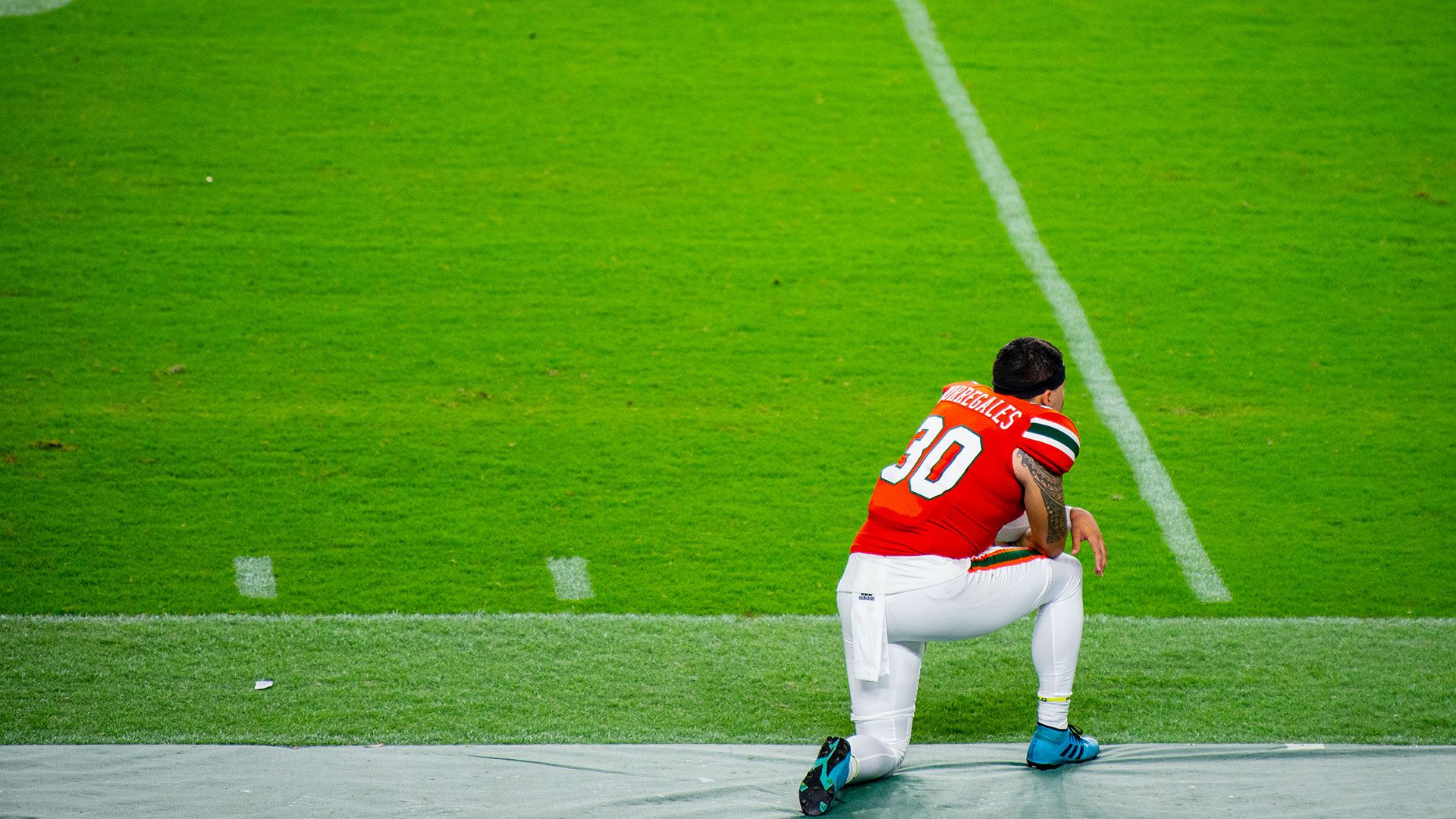 Borregales Leaves a Legacy at The U

CORAL GABLES, Fla. – It was one of the defining images of the season.

On a September night in Louisville, Miami’s new kicker booted a 57-yard field goal, nonchalantly watched it sail through the uprights and then calmly pointed at his sideline while many of his new teammates celebrated wildly around him.

More than three months later, Jose Borregales hasn’t forgotten that record-breaking moment or how it shaped his journey at Miami, a journey that culminated Thursday night when was named the Lou Groza Award winner and recognized as the nation’s best collegiate kicker.

“I guess that was my breakout game,” Borregales laughed. “Everybody knew who I was after that.”

All due respect to the NFL-bound kicker, the Hurricanes knew what Borregales could do long before he tied a Miami record, set a Cardinal Stadium record and scored 17 points in the Hurricanes’ 47-34 win over Louisville.

In 2019, Borregales – who grew up cheering for the Hurricanes and hoping to one day suit up for them – was at FIU, where he broke school records and kicked field goals of 29, 50 and 53 yards in the Panthers’ stunning win over Miami.

Not long after that game, though, Borregales sought a bigger stage on which to showcase his skills. He entered his name into the NCAA’s transfer portal and eventually, found his way to his dream school in Coral Gables. 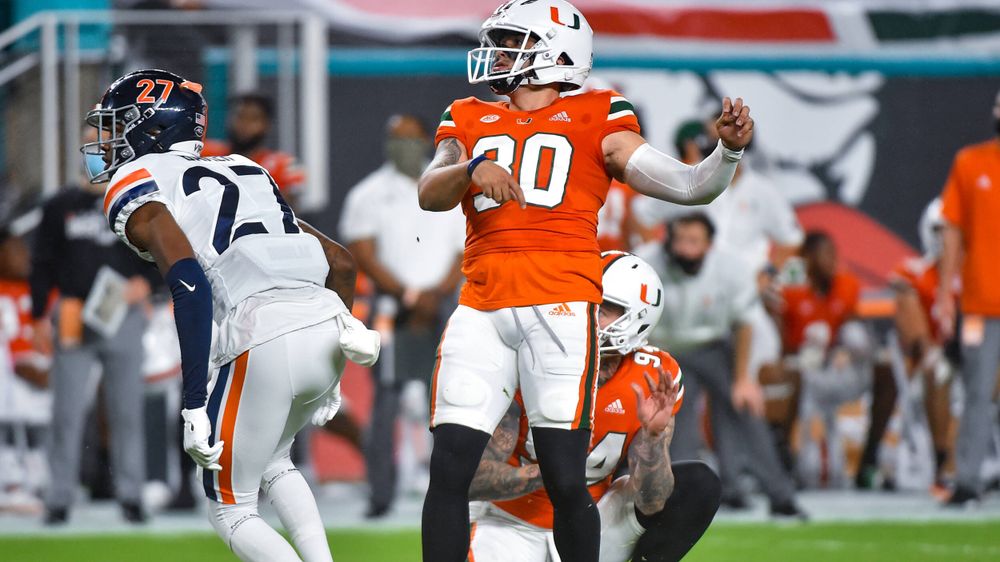 He wasn’t sure how his new teammates would receive him, not after that fateful night at Marlins Park. So he put his head down, threw himself into every offseason training session and worked to show the Hurricanes he was more than just a special teams player who kept to himself.

“Coming in, you know, obviously, you’ve got to win the locker room. I tried doing that by doing everything with the team and during workouts, doing everything they would do,” Borregales said. “I didn’t want to be the typical specialist who just goes to practice, does his kicks and is there by himself. I tried to get involved with the wide receivers, the linebackers, the linemen, all of those guys. I’d crack jokes with them in the locker room or on the field and sometimes, I think that that was one of the things they liked. Once I started making kicks, they loved it even better. … Ultimately, we became a family.”

His efforts paid off.

Borregales’ work ethic – and his booming leg – won over those new teammates, a fact that was on full display at Louisville during Miami’s second game of the season.

“Jose’s a great player. Every time we cross the 50-[yard line], I know we’re in field goal range,” Hurricanes quarterback D’Eriq King said that night. “That’s a big deal for us as an offense, just knowing on third down I don’t have to force it. I know we have a great kicker, so let’s keep the ball moving, try to cross the 50-yard line, try to get in field goal range and I’m confident he’ll make the kick.”

The kicker went on to finish the season as Miami’s leading scorer. He was 20 of 22 on field goals and was a perfect 37 of 37 on point-after attempts.

His distinction as a first-team All-American means his name will now hang from the rafters at the Carol Soffer Indoor Practice Facility along with those of his fellow Hurricanes All-Americans.

"It’s a surreal accomplishment. I know now every time I come back, my name will be up there..."

Though he hoped he’d find success at Miami during his final season of college football, Borregales said even he couldn’t have imagined a run like the one he had as a Hurricane.

“It’s unbelievable, to be honest,” Borregales said. “Being able to do what I did…I was crying right after [head coach Manny] Diaz told me [about being an All-American]. It’s a surreal accomplishment. I know now every time I come back, my name will be up there and I think it will push my brother to reach for heights higher than that. It’s a blessing.”

Though Borregales will soon enough begin the process of preparing for the NFL Draft and all that comes with it, he won’t be a stranger in Coral Gables.

Last month, his younger brother Andres – a kicker himself – joined the Hurricanes during the Early Signing Period. The younger Borregales is rated the No. 2 high school kicker in the nation and his older brother expects Miami’s kicking game will still be in good hands – err, feet – with Andres on the roster.

“We want to leave a legacy that will be remembered forever, that our last names will always be there,” Borregales said. “I’ve always tried to do everything right to help set the right path for my brother to follow. Getting my technique right, always working on my technique, my ball striking, the height on the ball…he was always there, watching. And I knew he was watching, so I tried to do things the right way. Hopefully, that translates to him and ultimately, I want him to be better than me. At his age, he’s better than I was. … Knowing how good he is, he’ll probably give me a run for my money.”