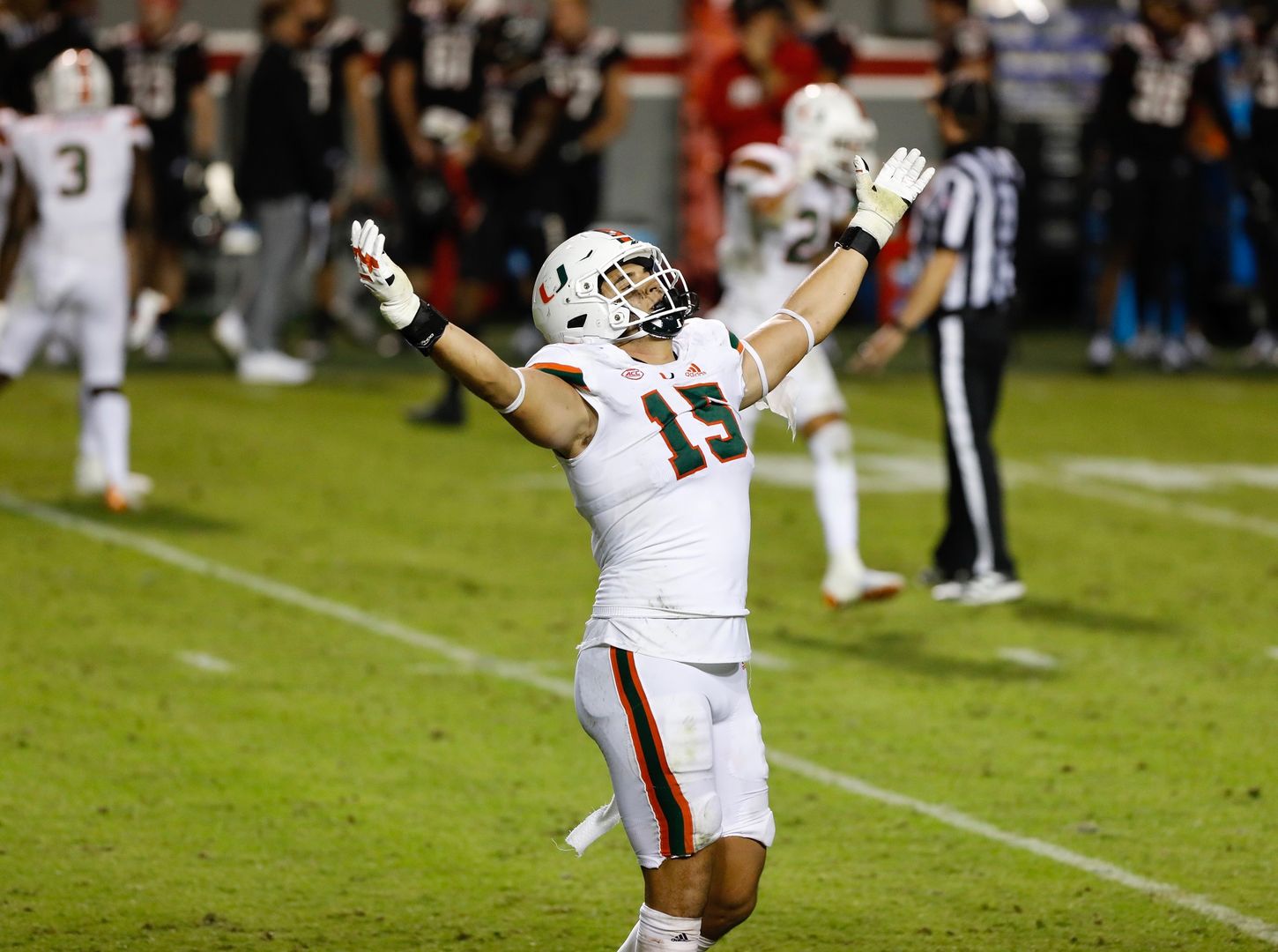 D’Eriq King (ACC Quarterback of the Week), Michael Harley (ACC Receiver of the Week) and Jaelan Phillips (ACC Defensive Lineman of the Week) were all honored by the conference.

Two weeks after posting his best outing to date, Harley nearly topped the performance in Friday’s win. Harley had a game-high eight catches totaling a game-best 153 yards – just shy of his 10-catch, 170-yard performance in a win over Virginia – and scored two touchdowns, including the game-winning score late in the fourth quarter in a 54-yard sprint to the end zone. Over the last two games, Harley has posted 18 catches, 323 yards and three touchdowns.

Phillips delivered another strong performance for the Hurricanes, this time in posting a career-best 10 tackles in the win over NC State. Phillips added 1.5 tackles for loss, including a solo sack, and had one PBU in an impressive performance for the Miami defense. Phillips has started all seven games for the Hurricanes and totaled 29 tackles, 6.0 tackles for loss and 2.5 sacks so far this season.

The honor was the third this season for King, second for Harley and first for Phillips. Miami has had one player honored after each of its games this season.