The weekly ProCanes Report will weed through all the NFL highlights and news to bring you the information you care about the most… what the University of Miami Hurricanes did during the week prior. With Sunday representing “National Tight End Day” across the NFL, ProCanes across the league showed out for the official #TightEndU. David Njoku caught a touchdown for the Browns, Jimmy Graham hauled in another five passes for the Bears and the Hurricanes delivered another strong week. Read on for more from across the league.

While his stat line was by no means eye-popping , Browns’ fourth-year tight end David Njoku had one of the best catches of the weekend in a 37-34 win over Cincinnati. Njoku, who caught just one touchdown in an injury-plagued 2019, now has 11 career scores. Arguably the most impressive of his career came Sunday, when he made a diving 16-yard grab in the end zone for his second touchdown of the season.

One of the New York’s top-graded players Sunday, Braxton Berrios has emerged as one of the top options in the Jets’ offense despite a disappointing start for his team. Berrios caught at least four passes in a game for the third time this season, and now has 15 catches totaling 176 yards this season. Berrios has the second-most receptions of any Jet this season and played 84 percent of the team’s offensive snaps Sunday.

No player has been a more regular on the weekly ProCanes Report than Jimmy Graham, who has enjoyed a resurgence in his first year in Chicago. Graham delivered another strong game Monday night in a loss to the Los Angeles Rams, catching five more passes and totaling 31 yards in the 24-10 loss. Graham already has 27 receptions this season. He ranks second on the Bears in catches, second in targets and third in receiving yards. 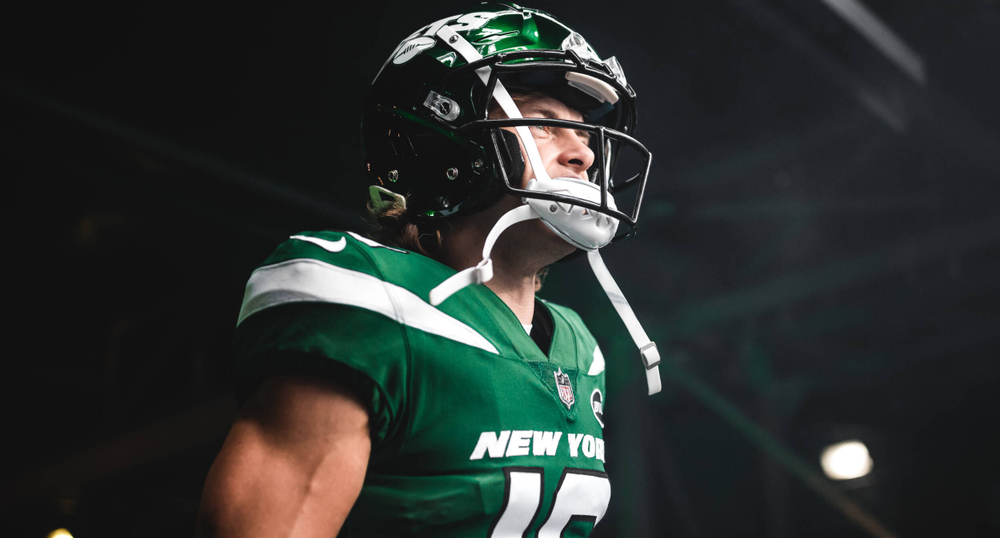 Only one player in the history of the NFL has carried the ball 100 times at the age of 37 or later — that was Marcus Allen in 1997 for the Chiefs. Gore now has 83 carries in his age 37 season.