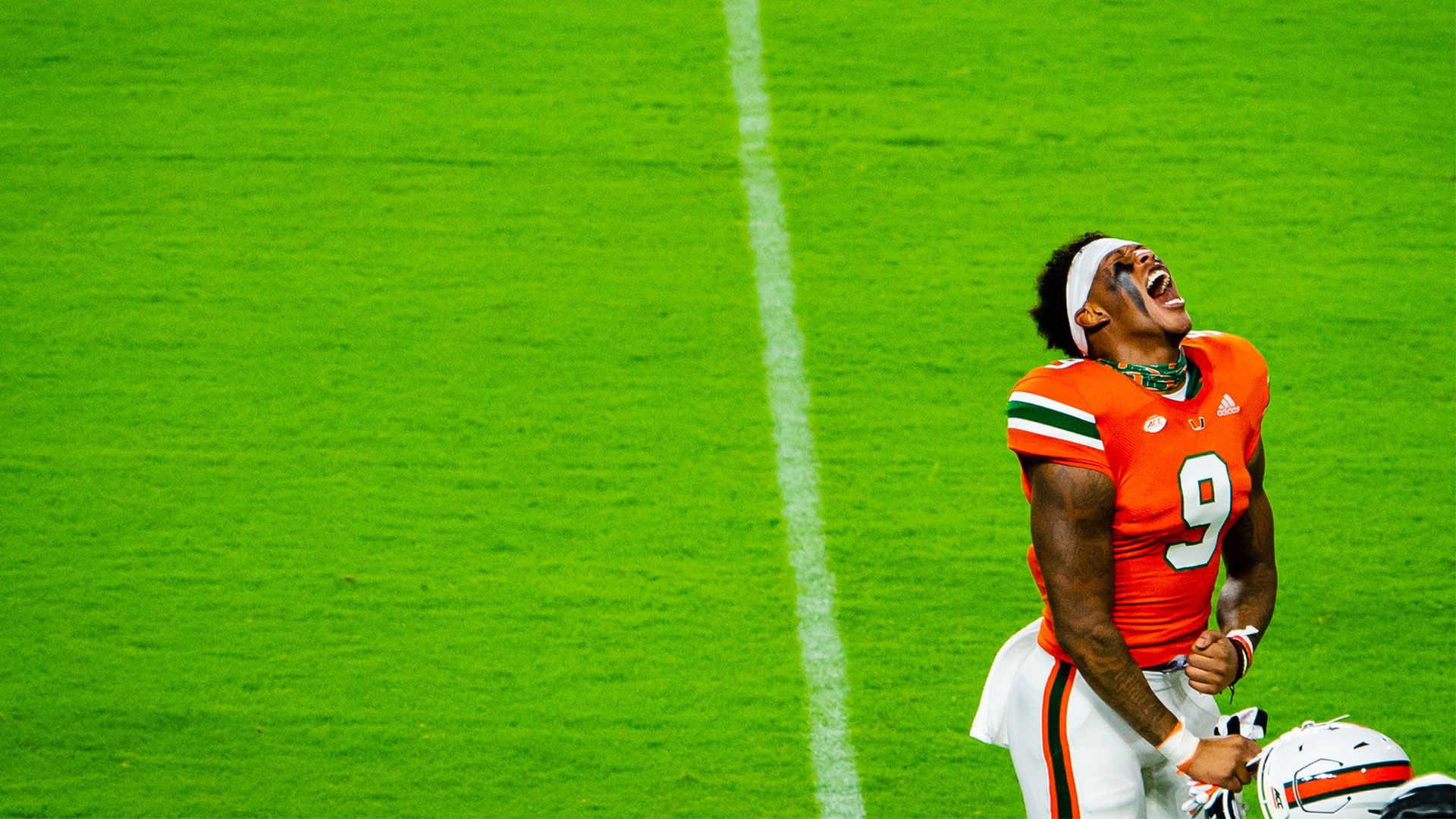 Jordan Grateful to be Back on the Field

CORAL GABLES, Fla. – His mother overnighted him some of his favorite homemade Korean meals in an effort to make him smile. Teammates and friends tried to boost his spirits.

But as the days turned into weeks last fall and the pain in his foot continued to keep him from the field, Brevin Jordan felt himself slipping farther and farther into the darkness.

Being away from the game was taking its toll on the gregarious tight end who’d never, to that point, had to endure any kind of serious injury.

There was hope in late November that, maybe, Jordan would be able to return to game-action in Miami’s regular-season finale at Duke.  But when he had to go full-speed on his first stretch play of the night, the tight end was overwhelmed.

He wasn’t ready. His foot hurt. The pain was too much and when he came off the field and went to the bench, he was overcome with emotion and the tears flowed freely.

Jordan is, once again, healthy. And last Thursday night, as he ran through the smoke at Hard Rock Stadium to take the field for the Hurricanes’ season-opening win over UAB, the preseason All-ACC selection couldn’t help but feel a sense of overwhelming gratitude. 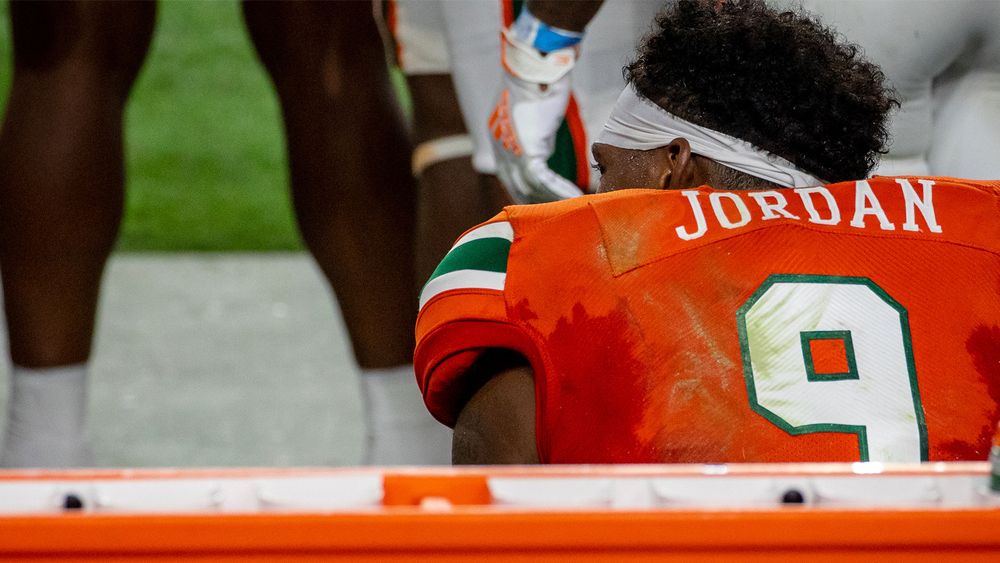 He thought of Jeff Ruiz, Miami’s director of rehabilitation, who had guided him through countless painful physical therapy sessions. He remembered how strength and conditioning coaches Jordan Barber and David Feeley had pushed him through tough workouts. And he recalled how nutritionist Kyle Bellamy, a former college athlete himself, had not only helped him get back into shape, but encouraged him when he wasn’t feeling his best after enduring offseason surgery.

“Running out of that tunnel, I got chills. It felt different,” Jordan said. “I’d had so many questions. Am I going to be alright? Am I going to heal in time to be back for the season? A lot of negative thoughts were running through my mind leading up to Thursday. Then I finally did it. I finally played. All the hard work paid off. The hours of being in the training room, the frustration, the tears, everything…it all just came out when I played Thursday.”

The moment was equally as meaningful for Beverly Jordan, who flew to Miami from the Jordans’ home in Las Vegas to be there for her son’s return to the field.

“When I tell you it’s amazing and God is good, I just can’t even grab the words, honestly. He had to battle,” Beverly Jordan said. “Physically, of course, we all know what it’s like to have to come back from surgery and go through rehab and evaluate your body…but mentally, the whole ride was tough. Not being able to play in those games was hard. He’s such a team player. He’s such a competitor. I think, probably for him, it was one of his most challenging times to fight through mentally. He loves the game. He loves Miami. He loves the standard that Miami has been held to in the past and his whole thing was that he wanted to contribute. When he’s sitting on the sidelines and he can’t help, that’s really hard for him.”

Jordan did more than just help against the Blazers.

The junior – who last season was one of three finalists for the Mackey Award, which is given to the nation’s top collegiate tight end – snagged three catches for a team-high 51 yards in the Hurricanes’ 31-14 win.

His 4-yard touchdown grab in the final seconds of the third quarter gave the Hurricanes a 17-point lead and the Blazers would pull no closer in the fourth.

For Jordan, the goal now is to build on that first game back.

“I definitely had to learn not to take the game for granted...it's a completely different mindset."

Though last year’s foot issue was his first serious injury, he’s believes it’s on him to prove his durability and strength. He has a newfound respect for the process of taking care of his body, and is making sure he pays as much attention to soaks in the cold tub and massage sessions as he does to running drills on the field.

“During camp, I was trying to stay at the facility all day,” Jordan said. “I just wanted to do constant rehab on my body.”

And he believes the Hurricanes – with new offensive coordinator Rhett Lashlee and quarterback D’Eriq King – can be a force as they head into their ACC opener at Louisville on Saturday.

Whatever happens the rest of the way, though, Jordan knows he is going to appreciate every moment.

Having the game taken away, he says, changed him.