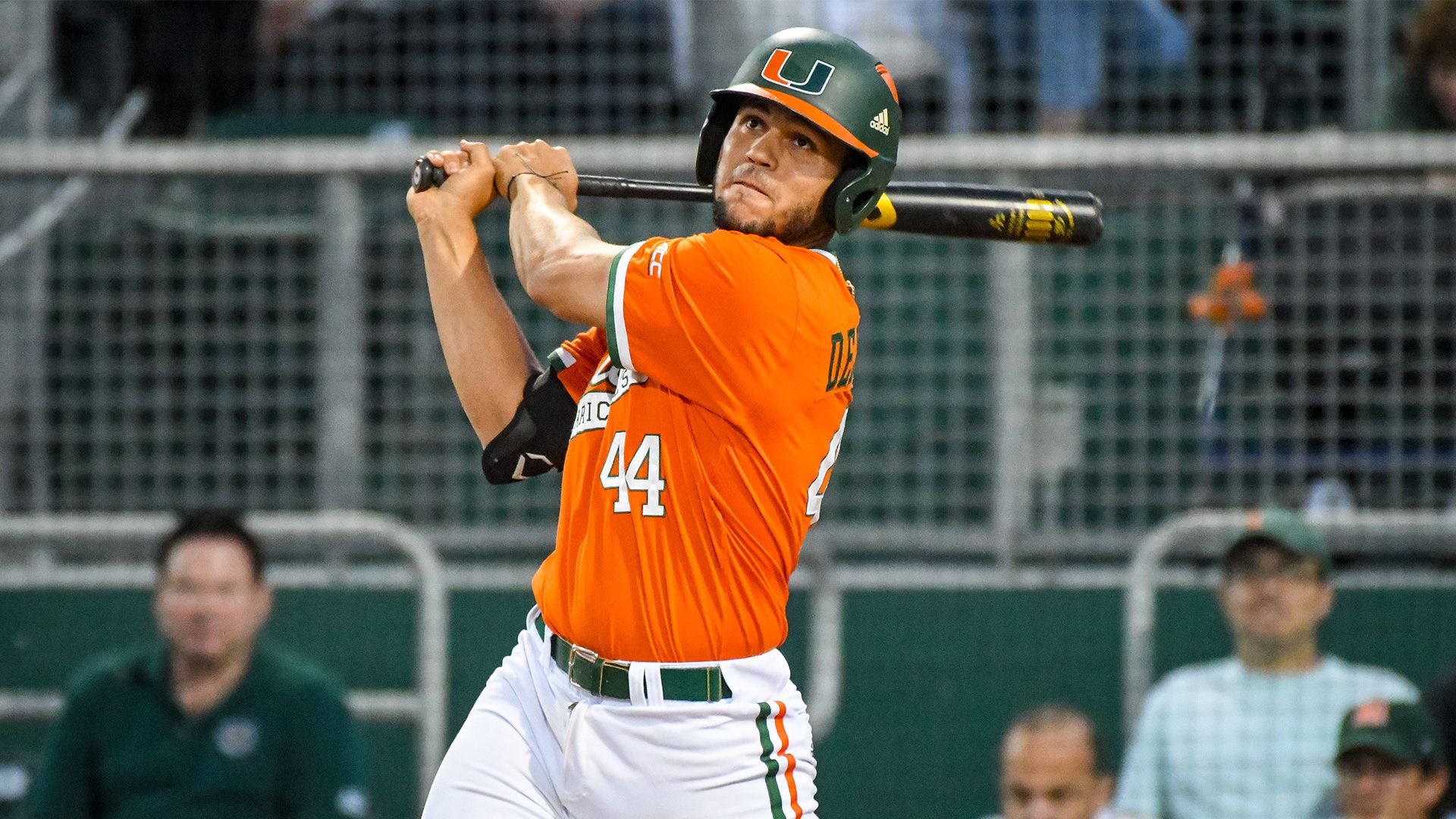 The Canes (8-3) struggled to get timely hits, stranding 11 runners against the Owls. But FAU (8-4) scored multiple runs in three separate innings to earn a victory in their first meeting of the year against Miami.

“We’ve had some off nights,” Miami head coach Gino DiMare said. “This is a problem, it’s a very serious problem that we better figure out. We’re very inconsistent. We’re not swinging the bats very well.”

The Owls got on the board in the bottom of the third, as catcher Nicholas Toney opened the inning with a double to left and scored on an RBI single to right by center fielder Jackson Wenstrom. Francisco Urbaez followed with a base hit and that ended the evening for Miami starter Alex McFarlane after 2+ innings.

Freshman Jake Garland replaced McFarlane on the mound and limited damage, allowing just one run despite entering the game with runners at the corners and nobody out. Wenstrom came across home plate on a sacrifice fly by Wilfredo Alvarez, closing out McFarlane’s line with two runs allowed on four hits over 2+ innings while striking out a pair.

The Canes answered back in the top of the fourth, as Raymond Gil led off the inning with a base hit and advanced to second on a balk by FAU starter Hunter Cooley. Two pitches later, Adrian Del Castillo smacked an RBI single up the middle to cut the Owls’ lead in half, 2-1.

Toney delivered again for FAU, coming up with a two-out RBI single through the right side that drove home Charlie Concannon and put the Owls back ahead by two runs.

The sophomore catcher came up big in his third at-bat, doubling off the wall in right against reliever Albert Maury to push home Mitchell Hartigan and spark a big inning for the Owls. Wenstrom followed with an RBI single to second and Toney scored on a wild pitch from JP Gates that closed out a three-run sixth inning and put FAU ahead by five runs.

“A lot of games we’ve been out-hit, which was not the case last year,” DiMare said. ” We need to be getting double-digit hits.”

Miami loaded the bases in the top of the seventh, as Tony Jenkins and Luis Tuero singled before Jordan Lala walked with two outs to end Cooley’s night. Reliever Mike Entenza walked Anthony Vilar to push home Jenkins and bring the tying run to the plate in Gil. But the right-hander got Miami’s third baseman to strike out and get out of the jam ahead, 6-2.

FAU added five runs in the bottom of the eighth while facing three different Miami pitchers. Alex Munroe came in to spell Carson Palmquist, but Urbaez hit a three-run homer for his third hit of the night. A fourth run scored when Jenkins dropped a fly ball off the bat of Andru Summerall in right-center, allowing Alvarez to score. Alex Ruiz uncorked a wild pitch and Summerall scored to plate the final run of the game.

The Hurricanes loaded the bases in the top of the ninth, but FAU lefty Evan Waterbor was able to keep the runners from scoring and wrap up the win for the Owls.

Miami is back in action this weekend, hosting Pittsburgh in the first ACC series of the 2020 season. The three-game set between the Hurricanes and Panthers will begin Friday afternoon at 3 p.m. For tickets, click HERE or call 305-284-3244.