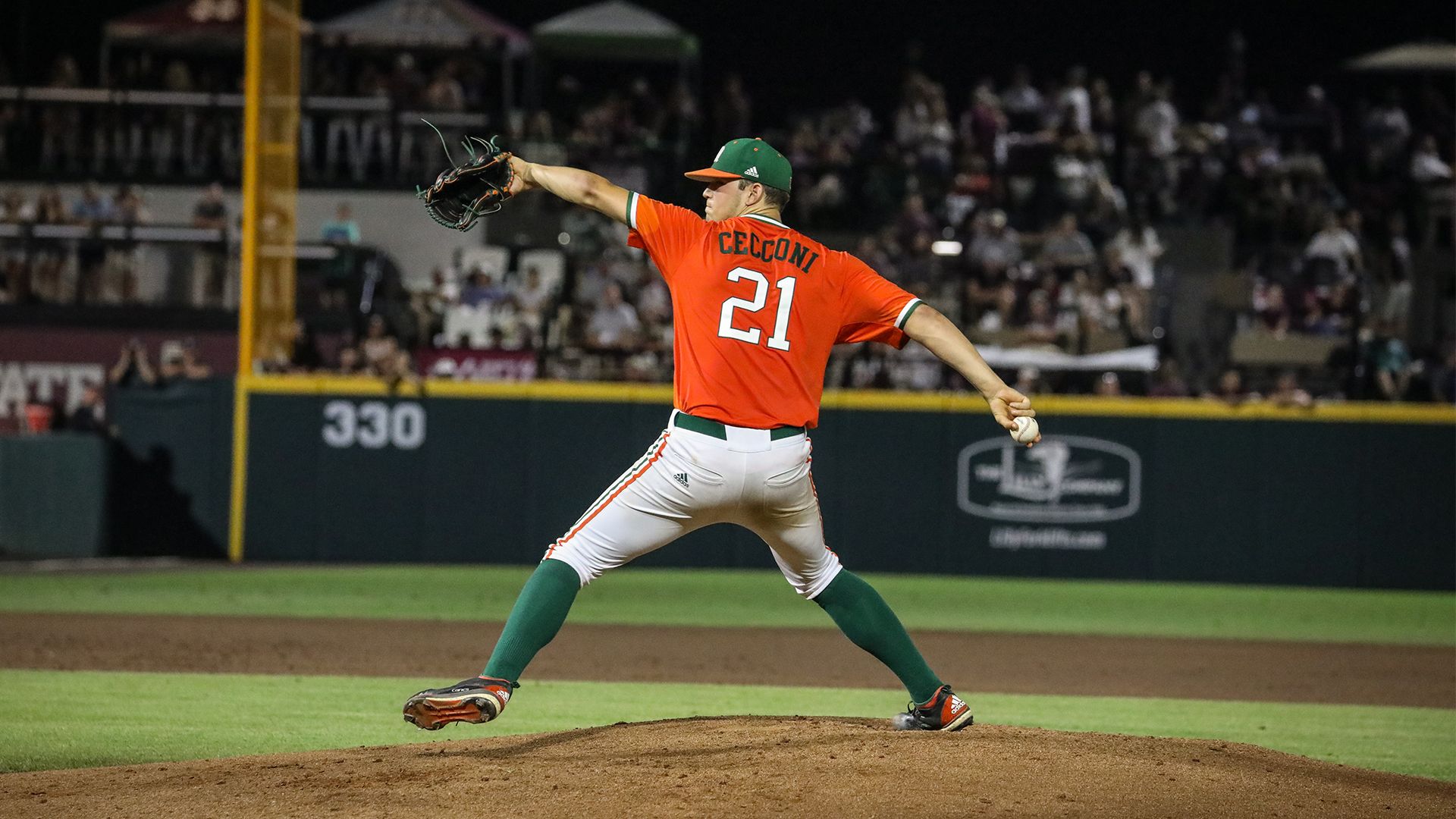 CORAL GABLES, Fla. – Alex Toral and Slade Cecconi were recognized as some of the top players in the country ahead of the upcoming 2020 season, earning spots on the 2020 Baseball America Preseason All-America Third Team that was announced Monday.

Toral flexed his muscle at the plate all season for the Canes, hitting an ACC-leading 24 home runs that ranked third in Division I and helped propel Miami to a conference-high 85 homers on the year. The herculean first baseman’s 24 homers moved him into a tie with Yonder Alonso for the second-most home runs by a Hurricane in a single season.

In addition to his prolific power numbers, Toral hit .293 with six doubles, 47 runs scored and 67 RBI. The Davie, Fla., native’s 19 multi-RBI games led the Canes and he also posted 15 multi-hit performances. An outstanding performance in his first ever NCAA tournament earned Toral a spot on the 2019 All-Starkville Regional Team.

A Freshman All-American after the 2019 season, Cecconi struck out 89 batters with 18 walks over 80 innings and posted a 5-4 record and 4.16 ERA in his debut season with the Hurricanes. The right-handed pitcher served as Miami’s midweek starter for most of the season and had several strong outings for the Canes.

A native of Oviedo, Fla., Cecconi’s most impressive outing in 2019 may have been his last. The freshman started for Miami in the Starkville Regional final and threw three perfect innings to open his first NCAA postseason start, racking up five strikeouts in the process. Cecconi finished the game allowing three runs on six hits and striking out six over seven innings.