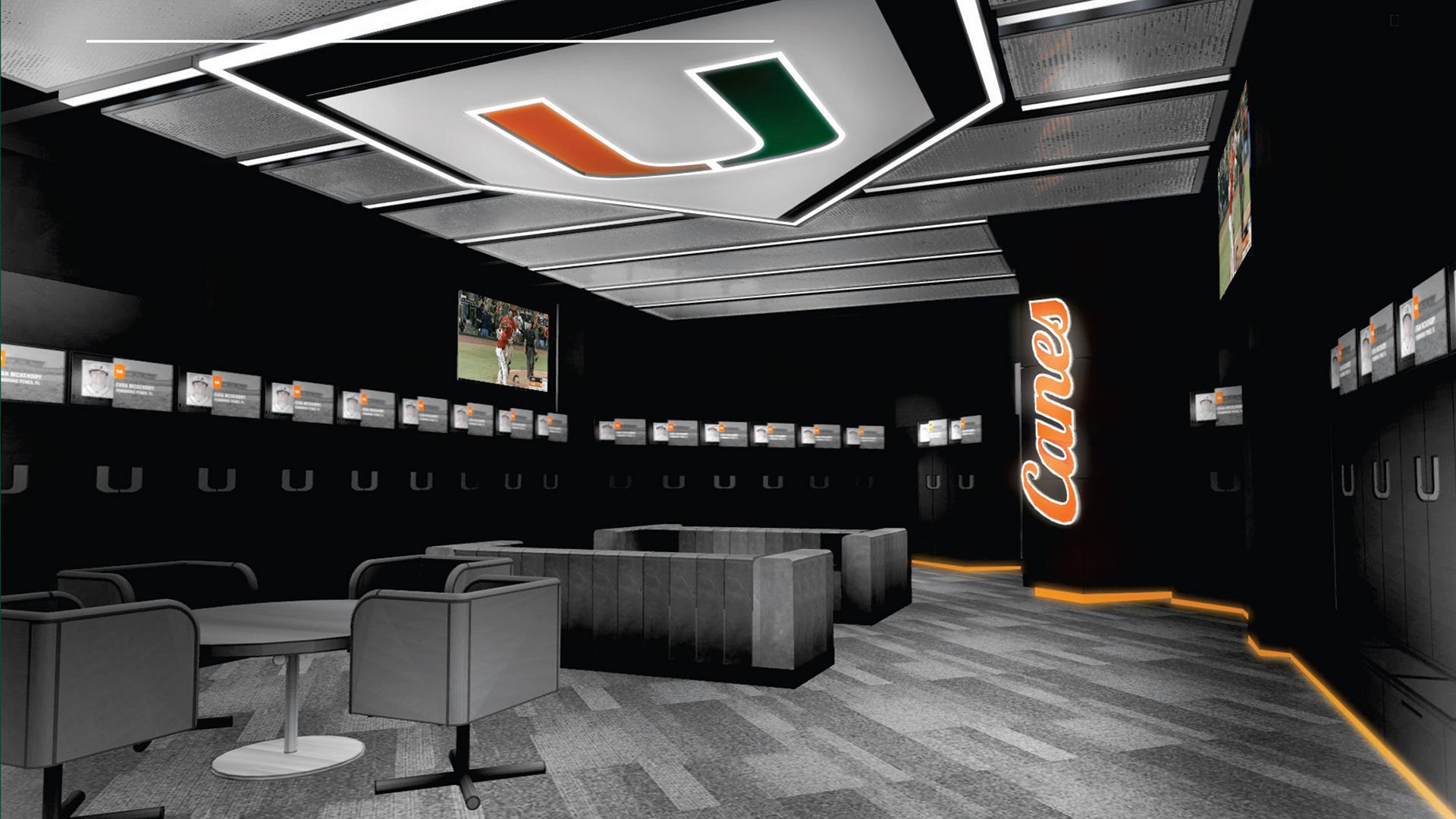 CORAL GABLES, Fla. – Miami baseball alumnus Tommy Adams has made the largest gift in support of the baseball program by a former UM baseball student-athlete, donating $1 million towards the University of Miami’s Baseball Facility Enhancement Campaign.

In recognition of his generous gift, the home plate entrance to Alex Rodriguez Park at Mark Light Field will be renamed The Tommy Adams Main Entrance.

Adams’ gift goes towards a $7 million campaign that will support funding for a new scoreboard, as well as renovations to the Hurricanes locker room, players lounge and nutrition center. The enhancements are the second phase in renovations to Alex Rodriguez Park at Mark Light Field, following the planned construction of the Jimmy and Kim Klotz Player Development Center – a state-of-the-art indoor practice facility that broke ground this Fall that will house batting cages, bullpens and a multi-purpose area.

A longtime supporter of his alma mater, Adams has been giving back to the University of Miami for many years and he hopes his philanthropy will inspire others to give back to Miami.

“I have been donating to the University of Miami for many years, giving to baseball, football, basketball, the College of Engineering, Frost School of Music and Miami Herbert Business School,” Adams said. “Former head coach Eddie Dunn and the University of Miami helped me become what I am today. I truly appreciate all they have done for me and I hope I can inspire other athletes and students to someday give back to their alma mater.”

Adams came to Miami in 1953 focused on playing baseball for the Hurricanes. As a freshman, he earned a spot in Dunn’s starting lineup as the leftfielder before moving to centerfield later in the season. While he found success on the diamond, Adams did not do as well academically and did not have the money to return for his sophomore year. Dunn awarded Adams a scholarship and arranged for tests to help the young student-athlete determine a course of study. Following two days of tests, it was decided that Adams major in business and from that day forward he excelled academically and athletically, earning his bachelor’s degree in 1957.

“Eddie Dunn is one of the people most responsible for my graduating and becoming successful in life,” Adams said. “He is someone who never gets talked about, but deserves more recognition for the wonderful things he did for me and others.”

After graduating from the University of Miami, Adams signed and played with the Philadelphia Phillies and New York Yankees organizations for six years, and while still playing was drafted into the army during the Vietnam War. After serving two years in the armed services Adams returned to civilian life, where he went on to found Tiodize, Inc., an advanced technology company specializing in Tribology, providing products and services to aerospace, NASA, medical and other industries. Adams has been the President and Founder of Tiodize since its inception in 1966.

Head baseball coach Gino DiMare, who played for legendary head coach Ron Fraser from 1989-92 and was an assistant on Jim Morris’ staff for 19 seasons, kicked off the fundraising campaign in October with a contribution of $500,000. Adams and Ryan Braun, a former National League MVP and UM star from 2003-05, both made major gift commitments towards the campaign in December.

“Tommy Adams has been a longtime supporter of our baseball program and Miami athletics,” DiMare said. “Tommy is proud to be a Hurricane and wanted to be a leader in this fundraising effort to help us have facilities that are among the best in the country. We are grateful for his generous gift.”

For more information on how to make a gift in support of this project, call the Hurricane Club at (305) 284-6699 or visit https://miamihurricanes.com/FundBaseball.