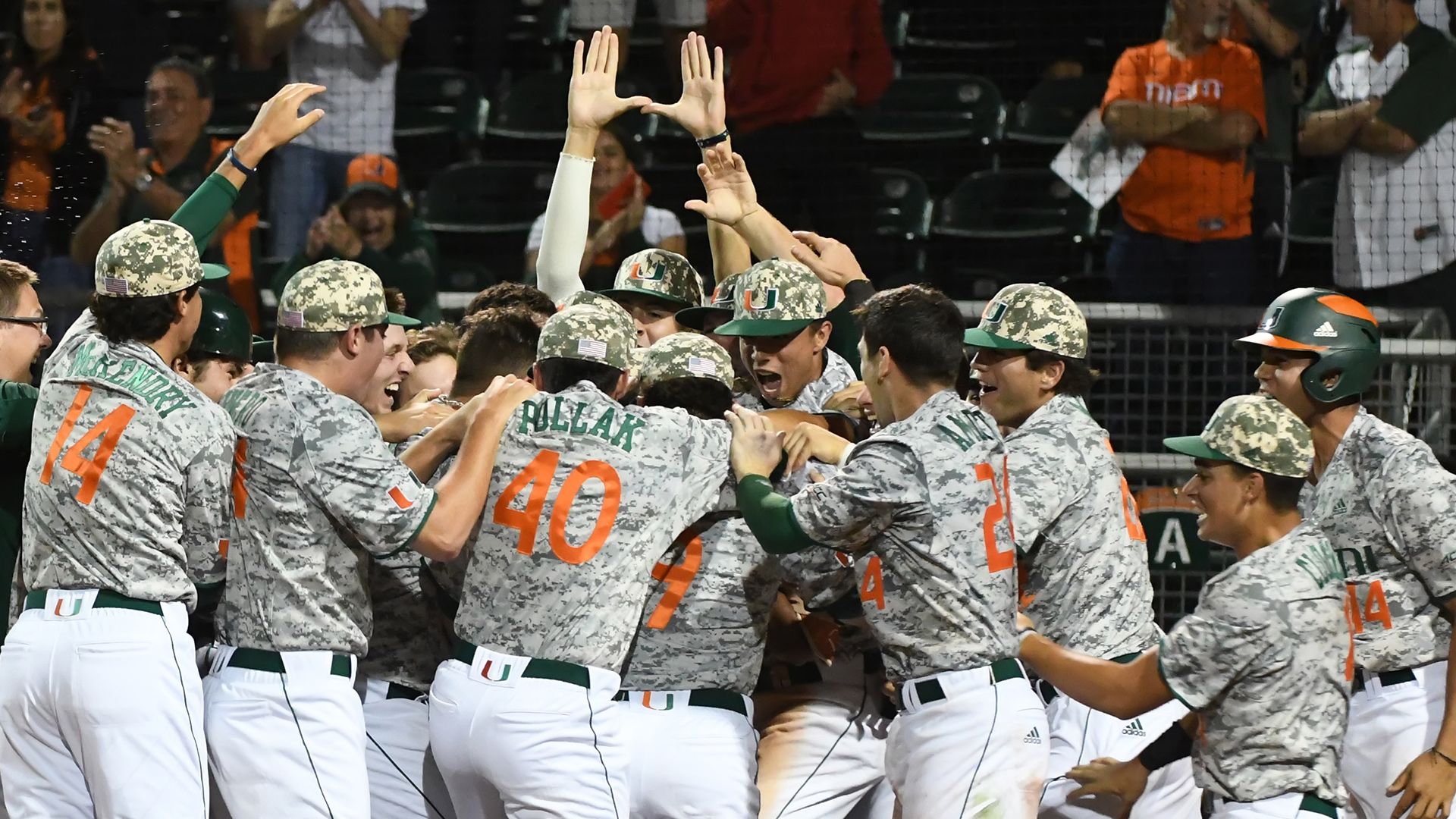 CORAL GABLES, Fla. – The Miami Hurricanes added their second preseason top-10 ranking ahead of the 2020 campaign, ranked No. 7 by Perfect Game in a poll released Wednesday.

The Canes, who were ranked No. 4 in Collegiate Baseball‘s Fabulous 40 NCAA Division I Pre-Season Poll, are one of seven ACC programs ranked in Perfect Game’s preseason top 25. Miami and preseason No. 1 Louisville are the only ACC schools ranked in the top 10 by Perfect Game, while No. 11 Duke, No. 14 Florida State, No. 17 North Carolina, No. 21 NC State and No. 25 Virginia round out the ACC schools appearing in the preseason poll. Click HERE to view the complete Perfect Game 2020 Preseason College Top 25.

A year ago under the direction of head coach Gino DiMare, the Hurricanes won 41 games and returned to the NCAA postseason for the first time since 2016. The Canes earned the 46th postseason berth in program history and reached the Starkville Regional final before falling to No. 6 Mississippi State.