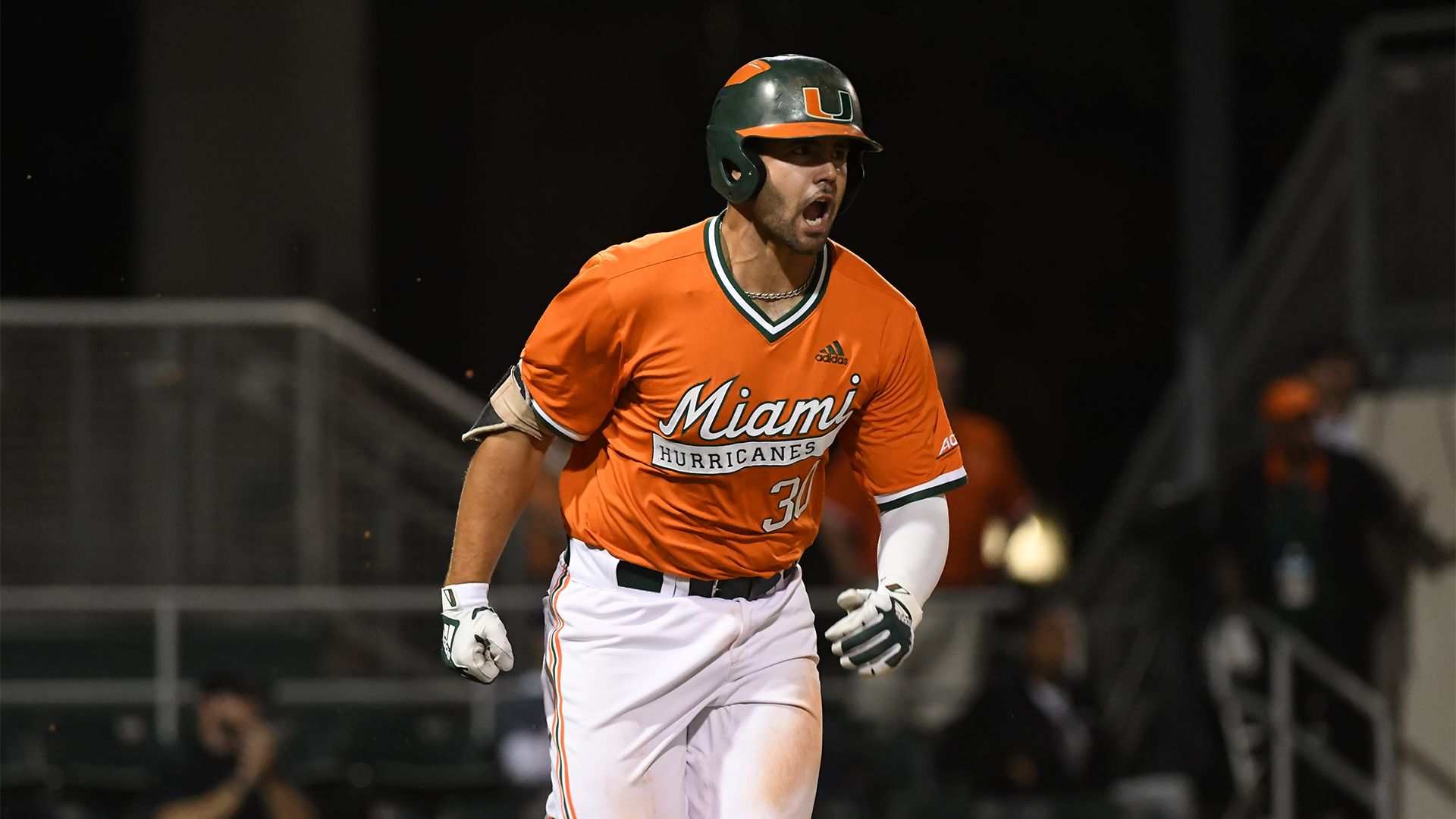 Del Castillo was an offensive juggernaut in his debut season with the Canes, finishing the year batting .331 with 78 hits, 22 doubles and 72 RBI, all team-bests. The Miami native also scored 58 runs and clubbed 12 homers, while striking out just 24 times in 236 at-bats. A versatile player who saw time in right field, catcher, designated hitter and third base, he tied for the team lead with 22 multi-hit games and was second on the team with 18 multi-RBI performances. Del Castillo’s 72 RBI were the second-most by a UM freshman in program history, finishing just four shy of Ryan Braun’s record 76, set in 2003. The 72 runs batted in were also the most by a Miami freshman since Yonder Alonso drove in 69 runs as a freshman in 2006. His 18 multi-RBI games are the most by a Hurricane freshman since Zack Collins posted 15 in 2014. A Freshman All-America selection by four publications, Del Castillo earned a host of awards after his collegiate debut season, including Second Team All-ACC, ACC All-Freshman Team, ABCA All-Region and All-Starkville Regional Team honors.

Toral flexed his muscle at the plate all season for the Canes, hitting an ACC-leading 24 home runs that ranked third in Division I and helped propel Miami to a conference-high 85 homers on the year. The herculean first baseman’s 24 homers moved him into a tie with Yonder Alonso for the second-most home runs by a Hurricane in a single season. In addition to his prolific power numbers, Toral hit .293 with six doubles, 47 runs scored and 67 RBI. The Davie, Fla., native’s 19 multi-RBI games led the Canes and he also posted 15 multi-hit performances. An outstanding performance in his first ever NCAA tournament earned Toral a spot on the 2019 All-Starkville Regional Team.