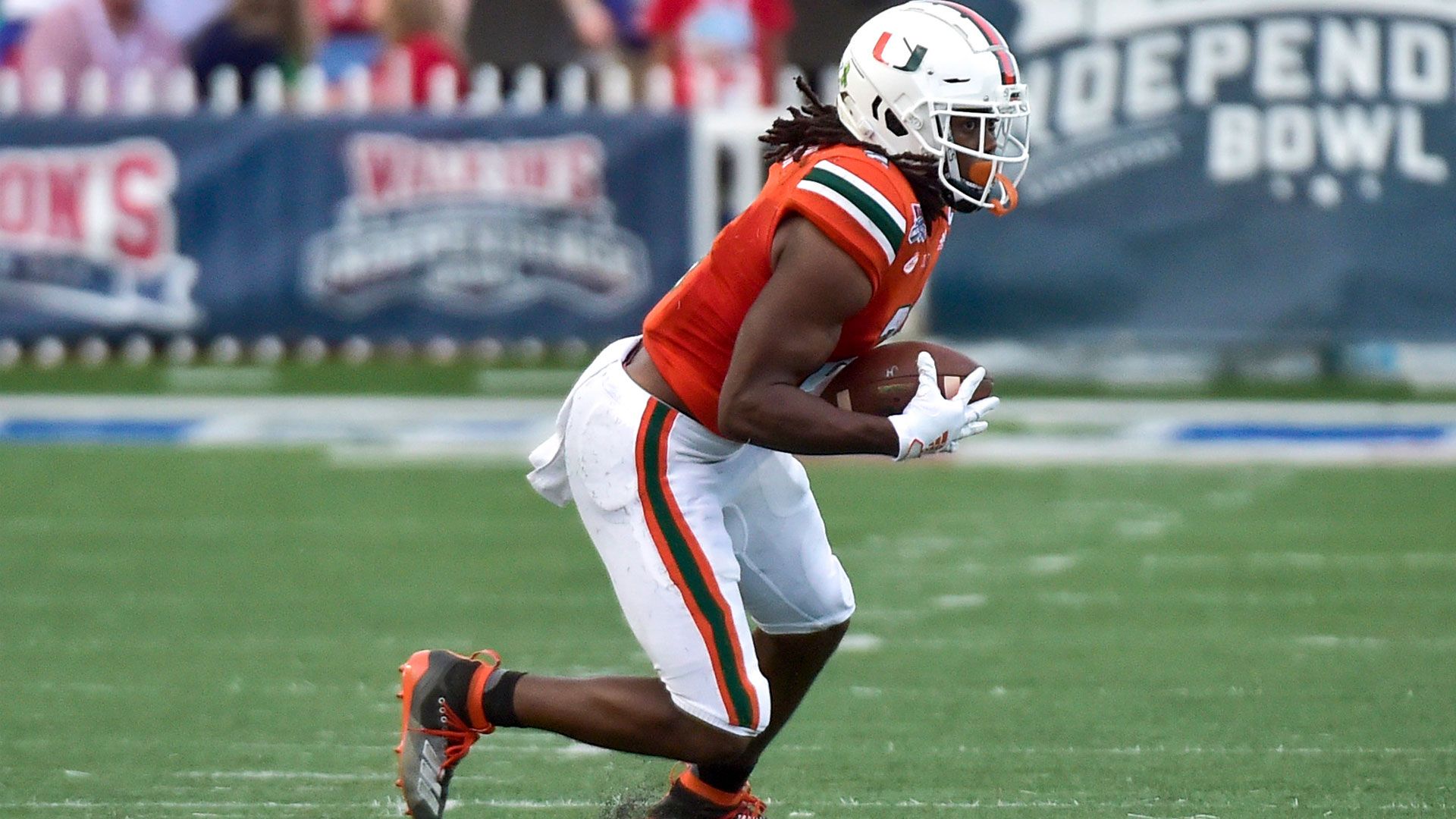 SHREVEPORT, La. — The Miami Hurricanes fell short in a defensive battle at the Walk-On’s Independence Bowl, dropping the final game of the 2019 season, 14-0.

Thursday’s game inside Independence Bowl Stadium featured a combined 18 punts between both teams, with each side punting the ball nine times to set new Independence Bowl records. The two teams also forced four turnovers and combined for seven sacks and nine tackles for loss, showing that offensive success was hard to come by.

Tech got an explosive play to open its first possession, as quarterback J’Mar Smith connected with wide receiver Malik Stanley for a 43-yard gain after Stanley bounced off a big hit by safety Robert Knowles and burst into Miami territory.

A holding penalty slowed the Bulldogs and ACC Freshman of the Year Gregory Rousseau came up with a nine-yard sack on third and 31 to force a punt by the Bulldogs. The sack by Rousseau was his 15th of the year, moving the redshirt freshman into a tie for third-most sacks in a single season with Don Latimer.

Rousseau was not the only Hurricane to turn in a strong performance on defense. Team captain Shaquille Quarterman made his UM record 52nd career start and finished the game with 11 tackles. Freshman Sam Brooks has a team-high 12 tackles and 0.5 TFLs in his first career start.

After a scoreless first quarter, Louisiana Tech opened the second quarter with the ball and drove 91 yards on 13 plays before Smith connected with Israel Tucker for a 26-yard touchdown that gave the Bulldogs a 7-0 lead with 9:34 remaining in the opening half.

Miami turned to redshirt sophomore Tate Martell at quarterback with 7:19 left to play in the second quarter, but the Hurricanes could not get much momentum going on Martell’s first drive of the game.

Williams returned under center for the next Hurricanes possession, but the drive ended in the sixth Miami punt of the first half and the two teams went to the locker room with Louisiana Tech leading by seven points at the intermission.

Late in the third quarter, Rousseau added half a sack on second and nine from the Miami 33. The redshirt freshman climbed up one spot on the school’s single-season sack list, tying for second place with Greg Mark at 15.5.

The Bulldogs caught a break on the final play of the third quarter, as Williams overthrew Mike Harley over the middle of the field and the pass was intercepted by Trey Baldwin to give Louisiana Tech starting field position at the UM 31.

Miami picked off Smith deep in UM territory, stopping the driving Bulldogs when Gilbert Frierson jumped a route near the La. Tech sideline and returned the interception 34 yards to the Louisiana Tech 45 before he was called for a forward lateral penalty.

Following the interception, the Hurricanes took the field with the ball at the 50 yard line and redshirt sophomore N’Kosi Perry at quarterback. But Miami’s offense could not muster much with its third signal caller of the game and punted for the ninth time, tying an Independence Bowl record for punts by a single team with nine.

Louisiana Tech forced another Miami turnover with under four minutes left to play, as Aaron Roberson intercepted a Perry pass at the Bulldogs’ 37 and returned it eight yards to the La. Tech 45.

The Bulldogs solidified the victory with 1:15 remaining in the game, as Smith rushed into the end zone from eight yards out to put Louisiana Tech up by 14 points. With the win, the Bulldogs secured their first 10-win season since 1984.