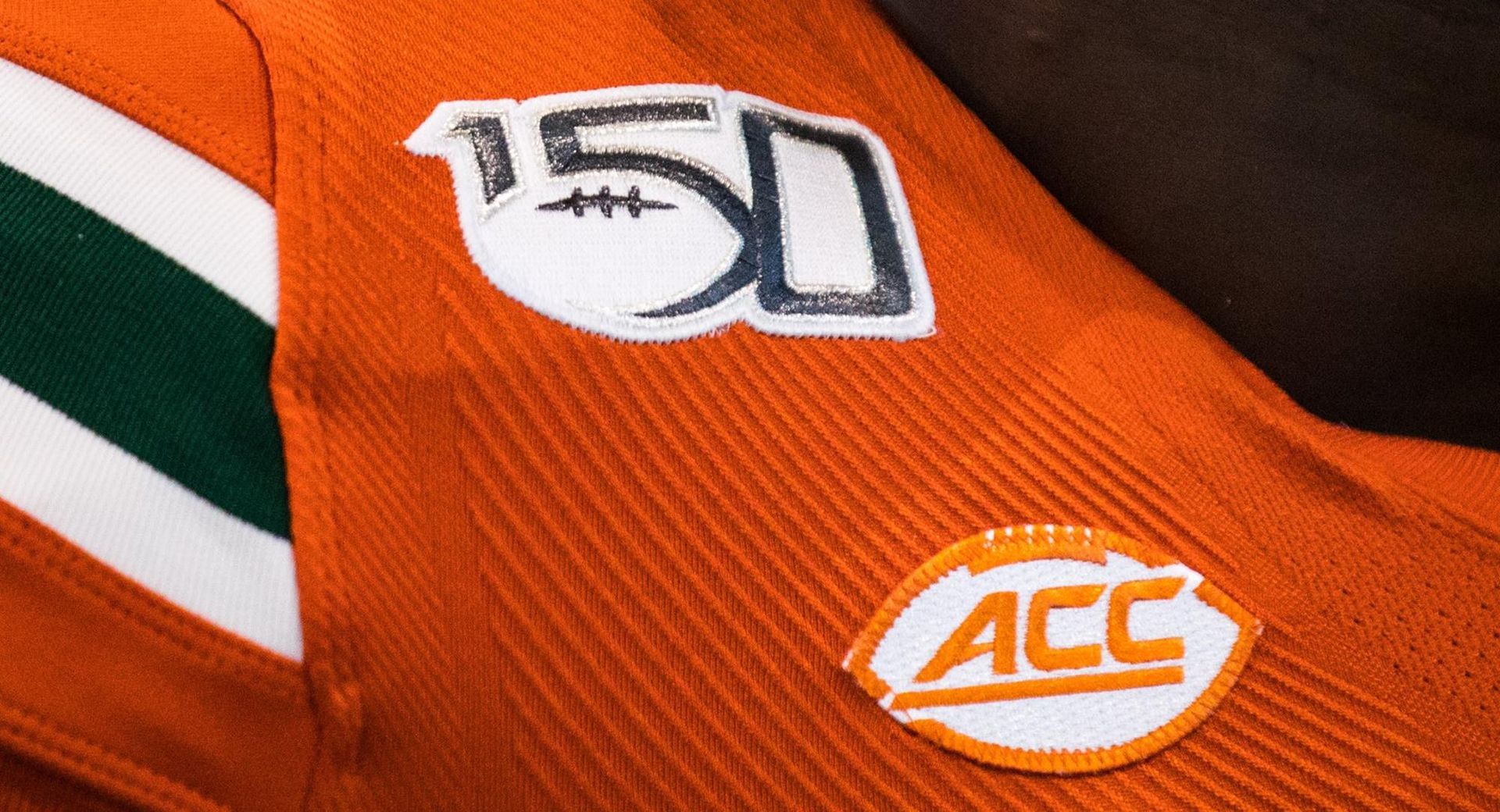 Miami vs. Florida, Made for Football's 150th Year

After a 40-point defeat at Syracuse the Saturday before – the latest in a six-game losing streak smack in the middle of a tumultuous 1970 season – Miami interim head coach Walt Kichefski had no earthly reason to believe his Hurricanes could emerge victorious.

“We’re battered, and we’re bruised, and our spirts are down, but you have to bring them back,” Kichefski said.

Coach speak? Hardly. This is Miami-Florida, and that passion runs deep. Kichefski nailed his prediction, as his Hurricanes pulled off a 14-13 upset in front of more than 50,000 fans in Gainesville.

“This was the sweetest Gator victory of all victories,” Kichefski said afterwards. “I’ve been with 27 football teams here, and never was there a team so enthusiastic and wanted to win so badly as this football team did today.”

30 days away from taking the field in Orlando, Miami Hurricanes’ first-year head coach Manny Diaz is expecting his team to play with the same level of enthusiasm against ‘The Gator.’

Between the two institutions are eight national championships, 22 College Football Hall of Fame selections, countless All-Americans and some of the most influential coaches in the history of the sport.

Let’s not forget some of the implications of each rivalry chapter: in-state bragging rights, both on the recruiting trail for coaches and for the opposing fans who, like Kichefski, have… a mild dislike for each other.

Any way you break it down, these are two programs in the college pantheon, active participants in some of the most important games of all time.

What better way to start the 150th season of college football than a matchup between the Miami Hurricanes and Florida Gators?

“If you haven’t noticed, our opener is kind of a big deal…it might be on TV,” Diaz joked on a recent appearance on ESPN’s Golic & Wingo. “Florida has to play their best and we have to play our best. That’s a game that has implications for the rest of the season.”

Diaz’s counterpart in Gainesville, Dan Mullen, expounded upon the assessment at the recent SEC Media Days.

“It’s not one that’s played all the time, but there’s a lot of tradition in that game and there’s a lot of people I feel have very strong opinions and are happy that that game’s being played, and to get to see that rivalry be played is really exciting,” Mullen said.

Visit the pregame tailgates in late August, and there will be plenty of Miami fans reminding their counterparts to the north that the Hurricanes have lost exactly one game to Florida since 1986. Those in orange and blue might reminisce about the 2008 team that won a national title – the most recent for either program.

And while Miami carries a slight 29-26 advantage in the all-time series, the Hurricanes coughed up 22 of those 26 losses before Howard Schnellenberger birthed the modern era of Miami Football with his arrival prior to the 1979 season.

The Hurricanes are 11-4, including wins in seven of the last eight matchups.

None of that will matter when toe meets leather in front of more than 60,000 fans in Orlando, and millions more tuning in live, for a standalone ‘Week Zero’ matchup in primetime on ESPN.

All that’s missing is Mickey Mouse as honorary captain at the coin toss.

“It hasn’t been a love affair, but it’s been fun.”

That’s how Kichefski so aptly described his feelings the day before Miami’s 1987 opener against Florida – the last of 44 straight college football seasons featuring such a matchup.

Kichefski, who passed away in 1992, played in the first-ever game between Miami and Florida in 1938. He couldn’t help but smile when prodded about his involvement in the long-standing rivalry prior to that 1987 win.

“It’s been fun all through the years,” he said. “I went up there 49 years ago, when we played the first football game. That’s where I first began to dislike ‘The Gator’ a little bit. Then, for 30 years, I coached against ‘The Gator,’ and I got to dislike them a little bit more each year.”

“The feeling, the dislike, and all of the stuff that has gone on through the years – it’s a good rivalry,” Kichefski said. “Sometimes we beat them, sometimes they beat us. But it’s a bitter pill when ‘The Gator’ beats you.”