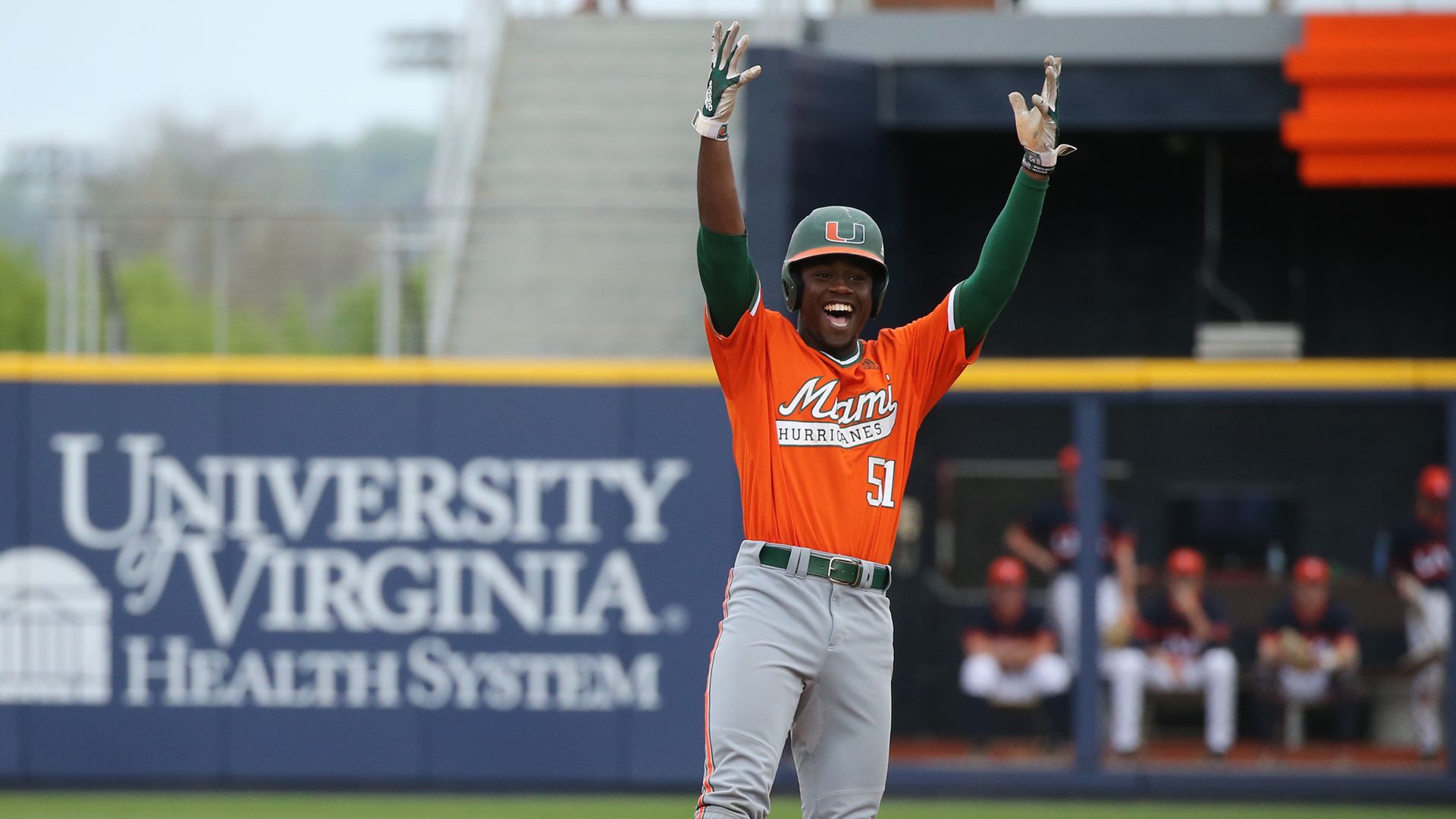 CHARLOTTESVILLE, Va. – A pair of doubles and a home run, along with excellent pitching, helped the Miami Hurricanes sweep Saturday’s doubleheader over Virginia, 2-1.

Miami got on the board in the fourth thanks to a pair of doubles. Adrian Del Castillo opened the inning with a double to the right field corner and Tony Jenkins drove him in with a two-out double to right that gave the Canes a 1-0 lead.

Hurricanes’ starter Chris McMahon was dealing against the Cavaliers, tossing 4.2 innings of two-hit ball before he left the game with an apparent injury. Freshman Bailey Mantilla replaced McMahon on the mound and threw one pitch to strike out Cameron Comer to end the inning.

Raymond Gil doubled Miami’s lead in the top of the sixth, crushing a two-out solo homer that cleared the bleachers beyond the left field fence and landed outside of Disharoon Park. The sophomore’s ninth homer of the year was a big one, especially since the Cavaliers got their offense going in the next half inning.

Virginia’s bats rallied in the bottom of the sixth against Mantilla, getting the first two batters aboard before a sacrifice bunt and RBI groundout pushed Alex Tappen across home plate to cut Miami’s lead to one. Mark Mixon relieved Mantilla and struck out Cameron Simmons to end the inning and strand the tying run at third.

Mixon tossed a scoreless seventh before turning the game over to junior closer Gregory Veliz in the eighth. The right-handed fireballer struck out three over two scoreless innings to earn his fourth save of the year.