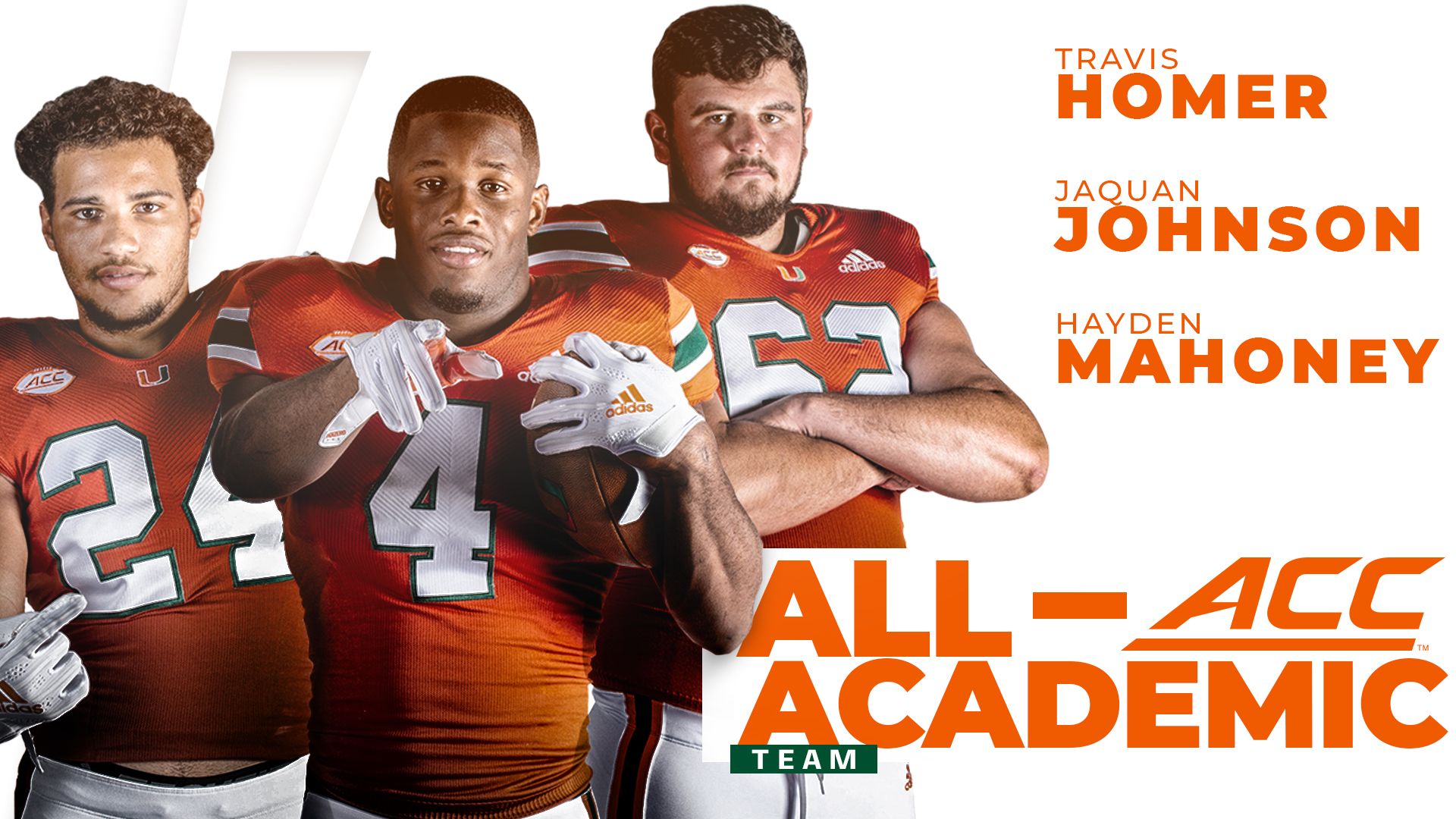 CORAL GABLES, Fla. – Three Miami Hurricanes football student-athletes were recognized for excellence in the classroom with their selections to the All-ACC Academic Football Team, the conference office announced Wednesday.

Running back Travis Homer, safety Jaquan Johnson and offensive lineman Hayden Mahoney were all honored by the ACC.

The ACC has selected an All-ACC Academic Football Team every year since 1954.  The team was chosen from a pool of ACC football student-athletes who were nominated by their schools.