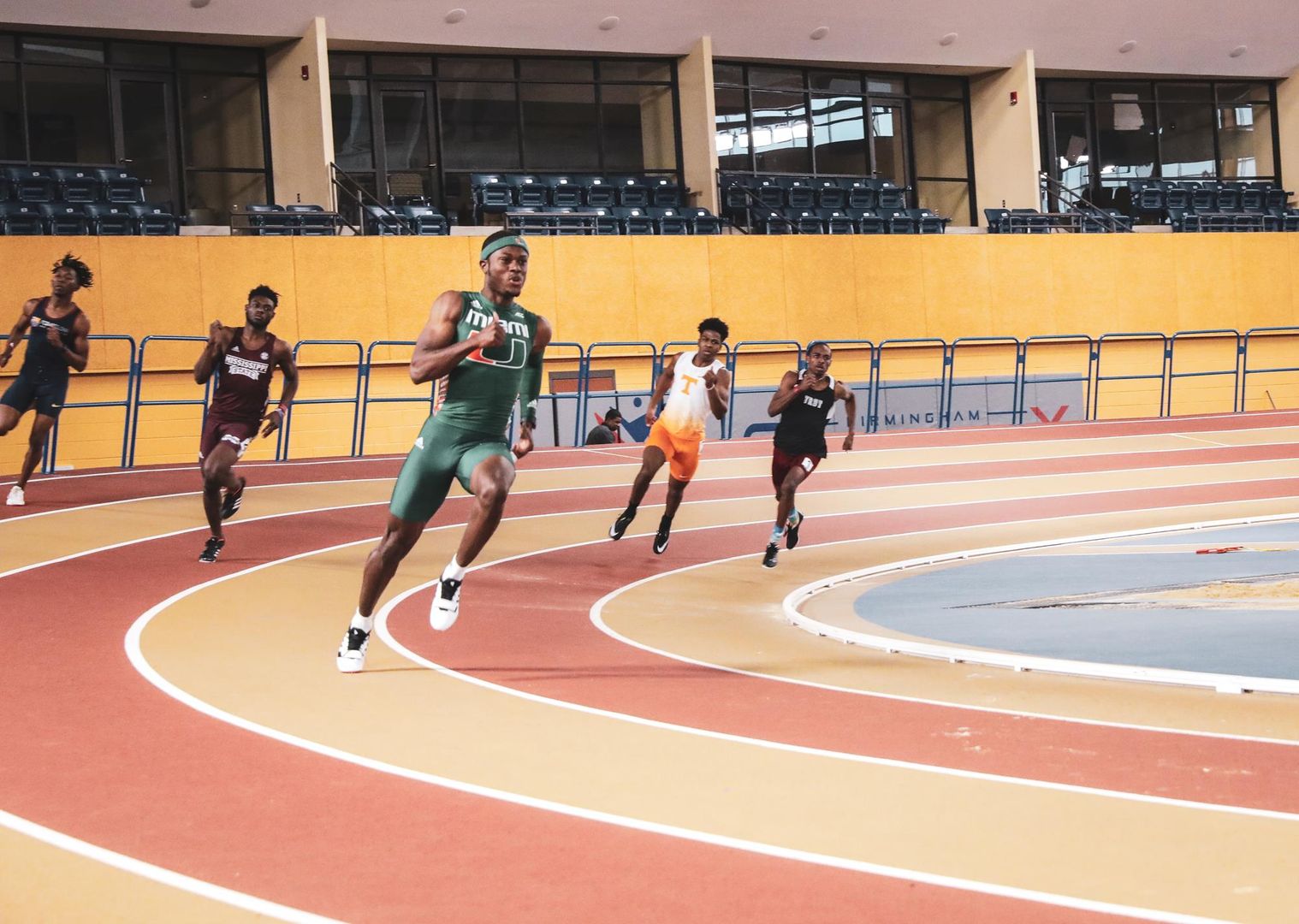 CORAL GABLES, Fla.  –  The University of Miami track and field team will begin competition in its first of three consecutive road meets on Thursday at the three-day the Texas Tech Classic.

The Canes return to action after boasting program records and personal bests in the indoor opener at the UAB Blazer Invite and will look to continue building momentum before traveling to Blacksburg, Va., next weekend.

On the women’s side, sophomore Kayla Johnson will compete in the women’s 800m and run the second leg of the 4x400m. Johnson set a program record at the UAB Blazer Invite in the 600m with a time of 1:28.31. Johnson will be joined by Brittny Ellis, Samantha Gonzalez and Symone Mason in the 4×400.

Mason is the lone Cane competing in three events this weekend, including the 60m and the 200m. Mason will be joined by Carolyn Brown, Tia Murray and Amuru Patterson, who finished third at the UAB Blazer Invite with a time of 7.47 seconds in the 60m.

Tiara McMinn is another Cane to watch this weekend after winning the 60m hurdles in the opening meet with a time of 8.28 seconds. McMinn will also compete in the high jump against Celine Thompson.

Zakiya Rashid will make her senior indoor debut, competing in the women’s shot put. The Suffolf, Va., native will be joined by freshmen Hannah-Sophia Hall and Selina Dantzler and  junior Sherry Lubin in the event.

Michelle Atherley and Andreas Christodoulou are the lone Canes competing in the multi events. Athlerley is set to compete in the women’s pentathlon, while Christodoulou will represent the Miami men in the heptathlon.

On the men’s side, three Canes are set to make their 2019 indoor debut. McKinly Brown will run the third leg of the men’s 4×400, teamed with Davonte Fuller, Tyrees Moulton and Thomas Burns. Raheem Chambers will make his first appearance in the Canes uniform, competing in the men’s 60m dash, and Dylan Sykes will be the lone UM representative in the 3000m.

Fuller will look to build off his standout performance in the 600m at UAB and will also compete in the 400m along with the 4×400.

After the Texas Tech Classic, the Canes return to the road for the Virginia Tech “Doc Hale” Elite Meet on Feb. 1-2.