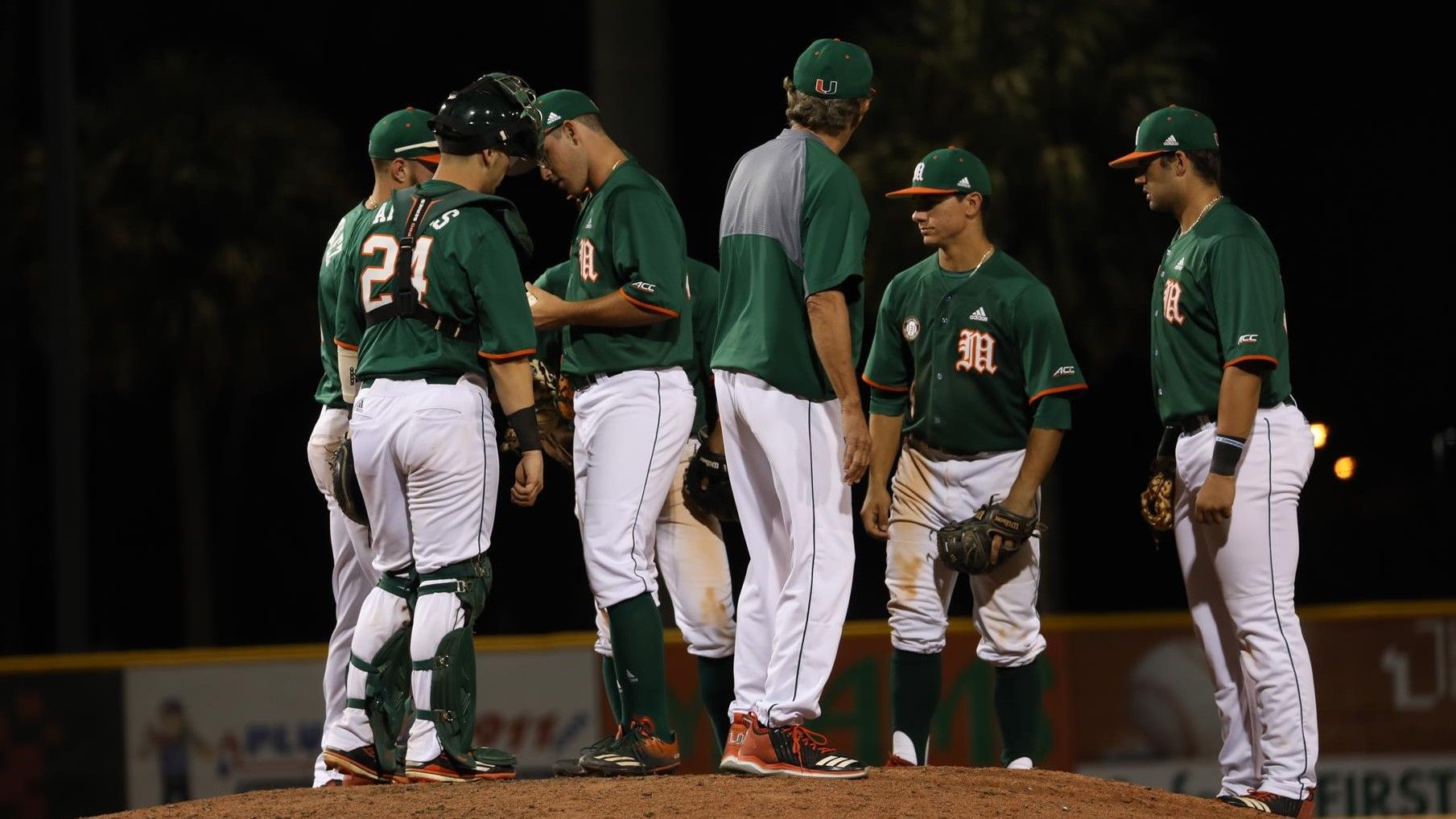 CORAL GABLES, Fla. – The Hurricanes fell behind in the middle innings and could not recover Wednesday, dropping a midweek affair to visiting FIU, 14-6, at Alex Rodriguez Park at Mark Light Field.

Juniors Romy Gonzalez and Danny Reyes connected on back-to-back home runs in the defeat, but it wasn’t enough for the Hurricanes in the crosstown affair.

Gonzalez led the Hurricanes offensively, finishing 4-for-4 on the night with three doubles.

With the game scoreless after four innings, the Panthers (19-21) broke the deadlock with a three-run fifth to take the lead.

McMahon (1-1), who tossed eight dominant innings last week in a win over FGCU, was charged with the first loss of his career.

FIU tacked onto its lead in a six-run sixth, with the big hit coming on a three-run home run from Eddie Silva off senior lefthander Michael Mediavilla that pushed the Panthers’ lead to 9-0.

Trailing in the sixth, the Hurricanes (17-23) cut into the deficit with a bases-clearing double from redshirt freshman Michael Amditis.

Amditis came through on the scoring opportunity, cracking a 1-2 pitch from Machado (2-0) just inside the left field line to score all runs, trimming the deficit to 9-3.

Gonzalez lifted the first pitch he saw in the seventh for his team-leading fourth homer of the year. Five pitches later, Reyes connected on his second home run in as many games when he tagged a pitch from Greyson Fletcher over the fence in center field.

FIU tacked on four insurance runs in the eighth inning.