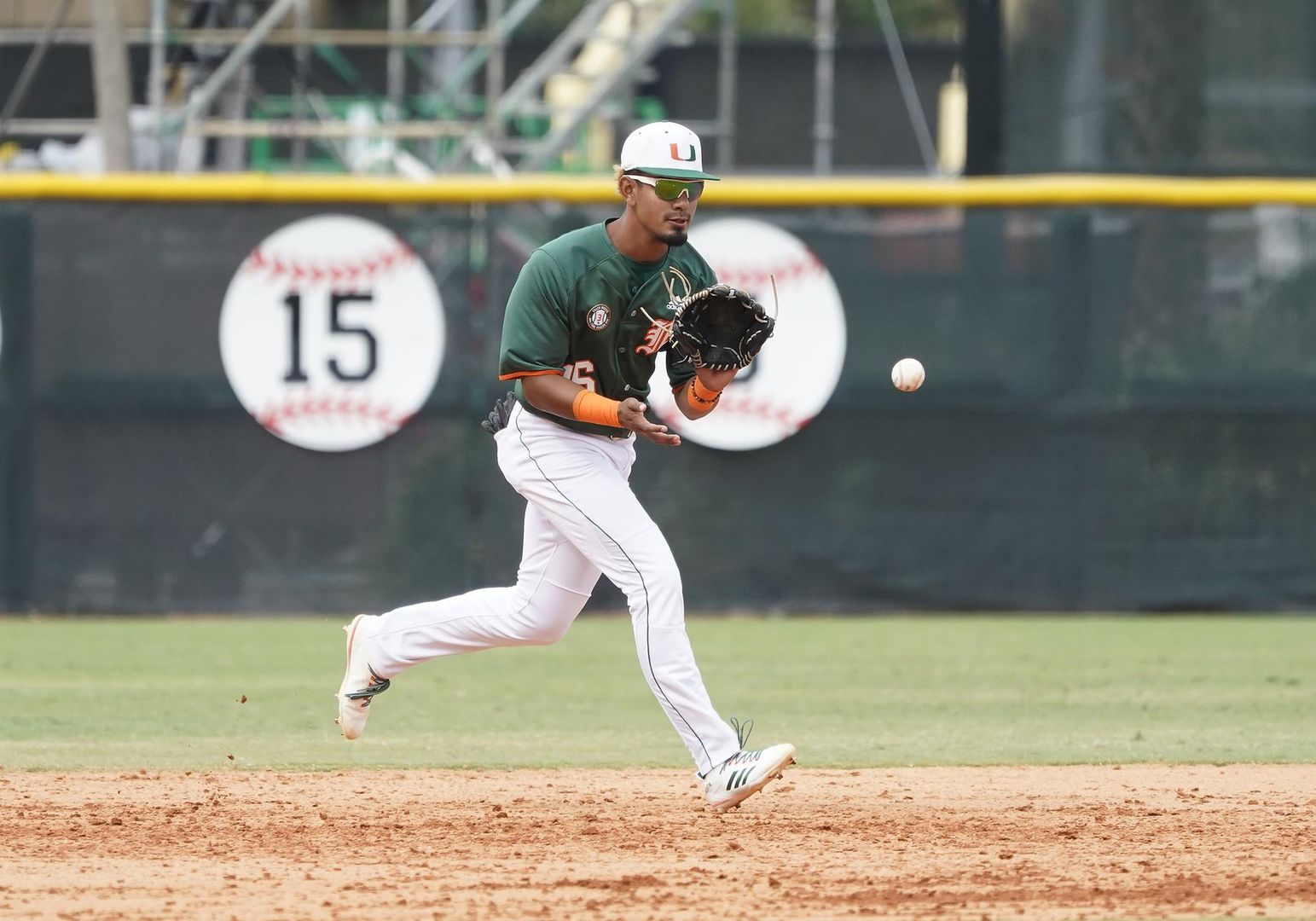 Miami plated a run in the ninth on an RBI groundout from freshman Willy Escala and brought the tying run to the plate, but Owls closer Zach Schneider finished off his ninth save of the year.

“We have to play better as a team,” head coach Jim Morris said. “We fought back at the end, which was good. There were good signs. We had 13 hits – one more than them. But we made too many mental mistakes.”

FAU struck for three first-inning runs to jump out to an early lead.

Freshman righthander Daniel Federman tossed 4.0 innings before being relieved by freshman Christopher McMahon, who was making his home debut.

Federman (1-3) allowed a career-high four runs. He struck out four, walked two and scattered five hits in a 68-pitch outing.

The Hurricanes out-hit the Owls, 13-12, with five different players recording multi-hit performances in the loss.

Junior Romy Gonzalez opened the action with a single through the right side and took second on a failed pickoff attempt.

Gonzalez would score on a triple from freshman Freddy Zamora, who crossed the plate five pitches later on an RBI single from freshman Willy Escala to trim FAU’s early lead to 3-2.

Trailing 7-3 in the seventh, the Hurricanes got a run back on an RBI single from Gonzalez, who recorded his first three-hit game of the season.

The single scored freshman Gabe Rivera, who entered as a pinch hitter and scored after singling earlier in the inning.

Mark Nowatnick (2-2) earned the win for the Owls (21-8). On a predetermined pitch count, Nowatnick tossed three innings and threw 55 pitches.

“We have to play better. We have to play smarter and cut back on our mental mistakes,” head coach Jim Morris said. “We have to keep battling. I think our guys are battling hard, we’re just making too many mistakes right now.”

Miami strung together some ninth-inning offense when Gonzalez reached on an error to open the inning. Raymond Gil and Zamora put together back-to-back singles to load the bases, and an RBI groundout from Escala plated a run.

But Schneider entered and retired Isaac Quinones on a strikeout and senior Michael Perez on a lineout to end the game in front of 2,253 fans.

Escala extended his hitting streak to a career-long nine games in the loss.

The Hurricanes return to Alex Rodriguez Park at Mark Light Field Friday for their series opener with visiting North Carolina. First pitch for the contest is set for 7 p.m.