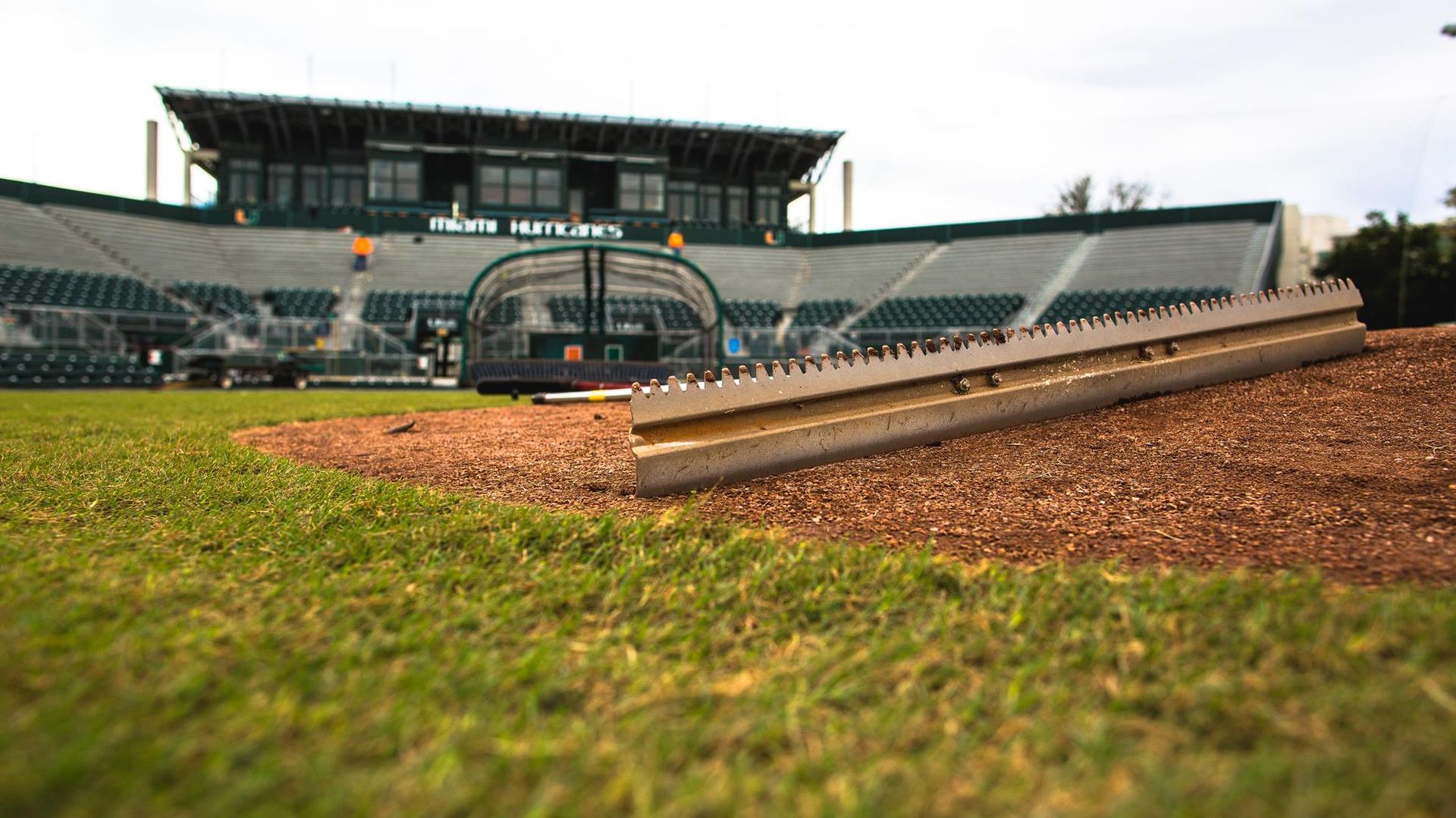 Miami Falls to Duke on the Road

DURHAM, N.C. – The Hurricanes fell behind early and could not recover Saturday afternoon, falling to No. 23 Duke, 4-1, at Durham Bulls Athletic Park.

Though McKendry would settle down to deliver another strong outing, Miami could not come up with enough offense in a St. Patrick’s Day afternoon affair in downtown Durham.

Miami will look to salvage the series Sunday in the weekend finale.

McKendry tossed seven innings for the Hurricanes (8-10, 2-2 ACC). After a rocky first inning, he would allow just four hits over his final six innings of work.

McKendry (3-2) struck out five in defeat. He threw 92 pitches in another efficient performance.

The Blue Devils’ first run Saturday came on a Miami error in the outfield. A hard-hit single from Zack Kone looked like it would put two Duke runners aboard, but the ball got past freshman Tony Jenkins in center and rolled to the wall, scoring Jimmy Herron, who singled to open the game.

Two pitches later, Jack Labosky connected on a two-run home run over the Blue Monster in center – the first homer allowed by McKendry this season – to push Duke’s lead to 3-0.
Trailing early, Miami got a run back in the fourth on an RBI single from senior Michael Burns.

Back-to-back walks from freshmen Ray Gil and Alex Toral set up the scoring opportunity for Burns, who drove a 3-2 pitch from Duke starter Mitch Stallings to center to score Gil, cutting the deficit to 3-1.

The Blue Devils added a run in the eighth on a solo home run from Griffin Conine.

Labosky earned his second save in as many days with a scoreless ninth.

Freshman Freddy Zamora connected on a two-out single in the ninth to keep Miami’s hopes alive, but Labosky struck out Isaac Quinones to clinch the series for the hosts.

Both Quinones and Escala extended their career-long hitting streaks to nine games in the loss.

Miami and Duke return to Durham Bulls Athletic Park Sunday for the series finale. First pitch for the contest, slated for broadcast on ACC Network Extra and WVUM 90.5 FM, is set for 12:30 p.m.