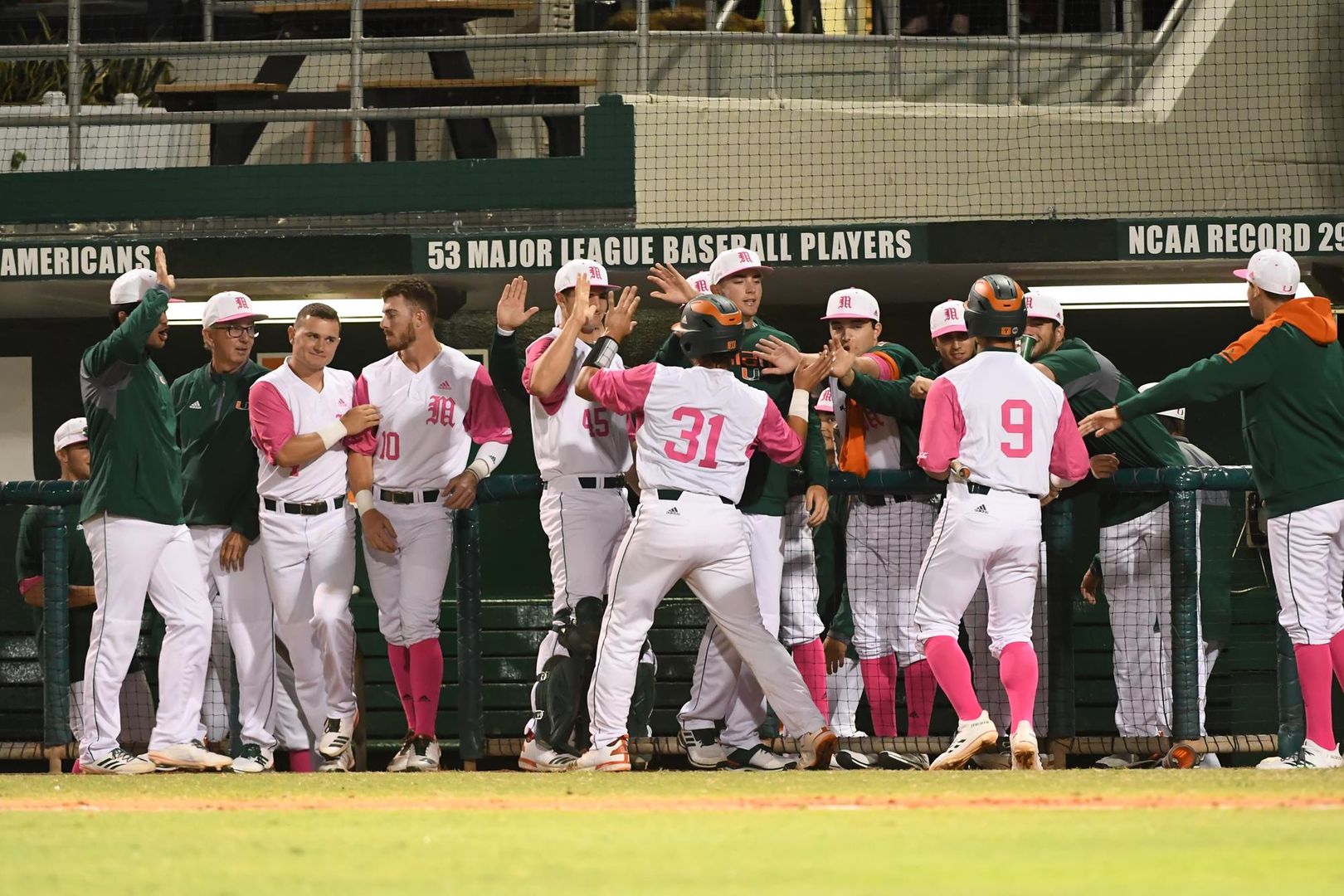 He made sure that early offense didn’t go to waste later in the game.

Making just his second start of the season, Tackett came up with Miami’s best defensive play of the season to date, robbing Notre Dame’s Daniel Jung of extra bases at a critical late moment.

After the catch, Tackett alertly threw to first base to double off Notre Dame’s Bryce Gray, ending the inning and earning a salute from Bargfeldt and the 2,650 fans in attendance at Alex Rodriguez Park at Mark Light Field.

Tackett said the catch was “definitely the best of my life.”

“I don’t even know what to say about it,” he said. “As soon as I saw it hit, I knew it was smoked. I was just trying to get a beat on it as fast as I could. I didn’t know I would get in range. When I saw a possible catch, I went for it.”

He threw 102 pitches in another efficient performance, continuing his dominance in ACC play from a season ago, when he was the ERA leader among all starting pitchers in the conference.

Redshirt senior Cooper Hammond pitched the final 1.1 innings to earn his first save of the year, and first since March 28, 2015.

After a single from freshman Isaac Quinones and a double from freshman Willy Escala, Tackett cracked the first pitch he saw from Tully into the left-center gap to plate both runners.

The basehits from Quinones and Escala extended both players’ hitting streaks to a career-best four games.

Miami took advantage of some Notre Dame miscues to pad its lead in the seventh.

Notre Dame reliever Zack Martin hit junior Romy Gonzalez and Quinones with pitches in back-to-back at bats, and Escala drew a walk to load the bases.

A wild pitch from new reliever Andrew Belcik scored Gonzalez to make it 3-0 for the Hurricanes.

“It’s huge, especially with the start of conference play – that’s when the season really is getting into full swing,” Tackett said of the win. “Having that momentum into ACC play is huge, because conference play is what really matters.”

The two teams will close out the series Saturday with a doubleheader at Mark Light Field. First pitch for Game 1 of the doubleheader is set for 1 p.m. Game 2 will begin approximately one hour after the conclusion of Game 1.