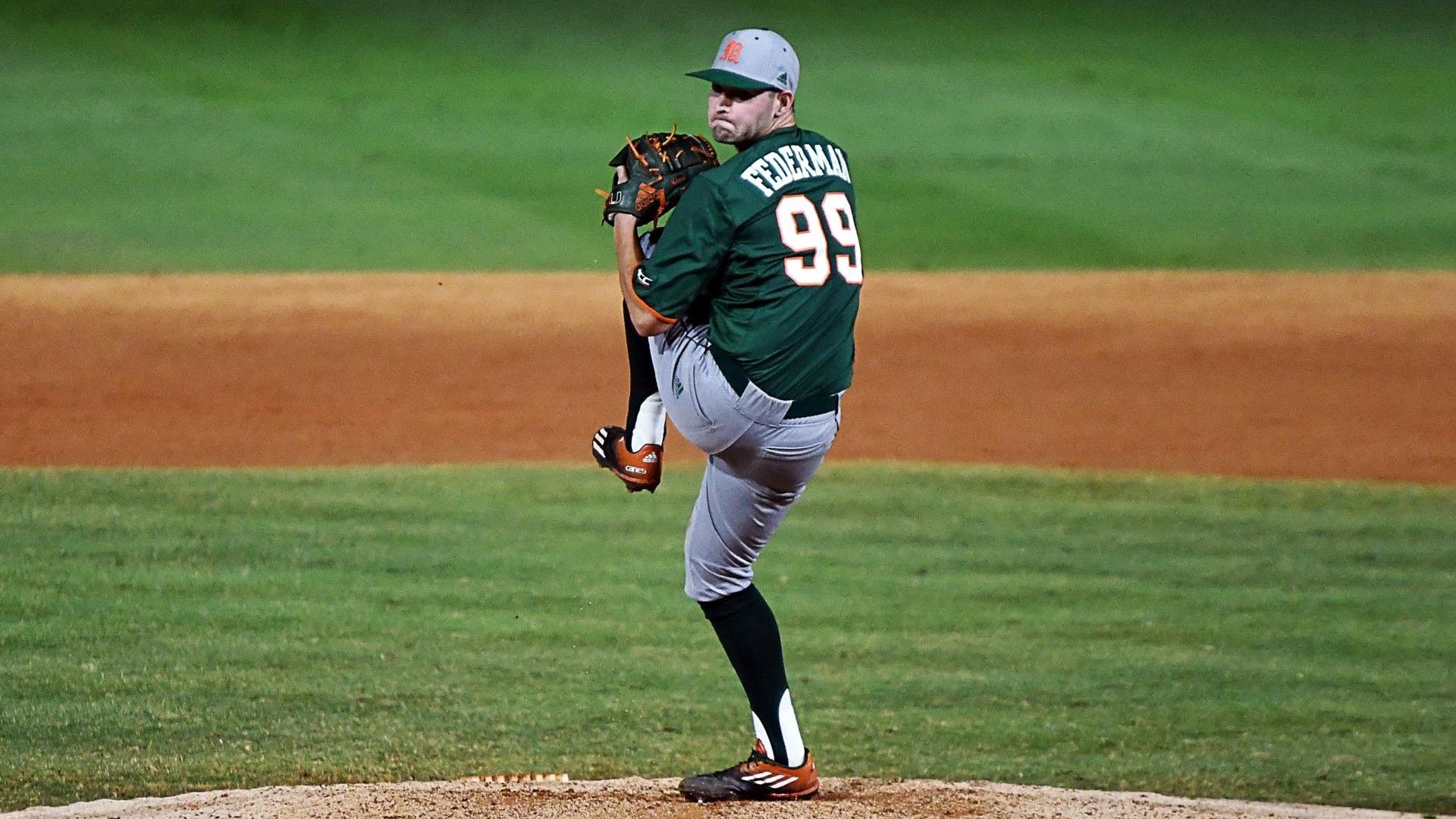 Miami (5-7) erased an early 3-0 deficit by the middle innings, but a sixth-inning sacrifice fly proved the difference for the Panthers.

Freshman Freddy Zamora continued his hot streak at the plate with his fourth straight multi-hit performance (2-for-3). He also reached on a walk and extended his hitting streak to seven straight games.

Trailing 3-0, the Hurricanes got the first two runs of the night back in the fifth.

After a one-out single from freshman Tony Jenkins through the middle of the infield, freshman Isaac Quinones belted a double that dropped in the left field corner off FIU starter Nick MacDonald to plate the speedy Jenkins all the way from first.

Quinones, making his fourth straight start at catcher in place of an injured Michael Amditis, would score on an RBI double from freshman Willy Escala to center.

Miami tied the game an inning later, thanks in large part to the red-hot Zamora.

With senior Michael Perez on first, the freshman shortstop doubled to left-center to set up a scoring chance for Miami.

A wild pitch from reliever Steven Casey plated Perez to knot the game 3-3 in front of 1,715 fans.

FIU (6-6) jumped to a three-run lead on a two-run home run from Eddie Silva in the first followed by a solo homer from Jose Garcia in the second.

The Panthers regained the lead in the sixth on a sacrifice fly from Diandre Amion off Miami reliever Daniel Federman.

Federman (0-1) tossed 2.2 innings. The one hit he allowed – a double to Javier Valdes – would prove to be the winning run.