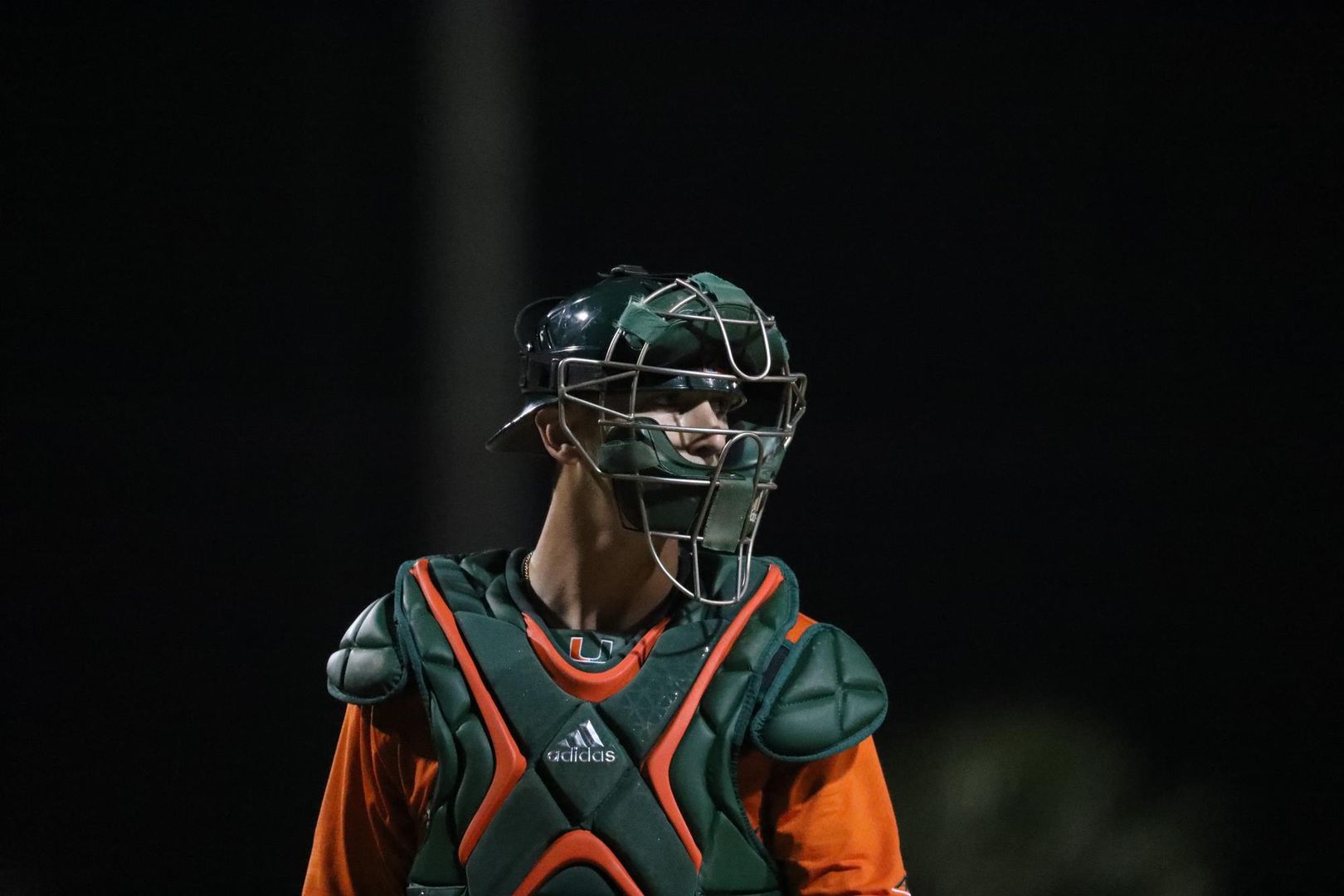 Comeback Bid from No. 24 Baseball Falls Short at FAU

BOCA RATON, Fla. – No. 24 Miami fell behind early and could not recover Wednesday night, falling to host FAU 5-4 at FAU Baseball Stadium.

Trailing 4-0 after the first inning, Miami (3-5) cut the Owls’ lead as close as one run twice, but could not complete the comeback.

“We kind of shot ourselves in the foot there in the first inning,” head coach Jim Morris said. “Three of our losses [have come] when we’ve given up a lot of runs in one inning. We have to minimize the damage when we get guys on base.”

The Hurricanes stranded 13 runners on the night in defeat.

Miami had two runners on base in both the eighth and ninth innings, but could not find the tying run.

“We battled back. I thought we did a good job [battling]”, Morris said. “In the eighth, we had first and third and no outs and one-two-three [in the lineup] coming up. You got to hope you’ll score some runs there.”

Miami senior lefthander Michael Mediavilla allowed four runs and five hits in a first inning where the Owls (7-1) sent 10 batters to the plate.

The southpaw settled down after that, surrendering just one hit the rest of the way.

He exited the game having allowed five runs in 4.2 innings with four strikeouts and four walks.

The Hurricanes took advantage of an erratic second inning by FAU starter Nick Prather. With the bases loaded after two singles and a hit batter, Prather issued a four-pitch, bases-loaded walk to freshman Freddy Zamora to force in a run.

Senior designated hitter Michael Perez connected for his second home run of the season two innings later to cut the deficit to 4-3.

With senior Michael Burns at first after a leadoff single to open the inning, Perez crushed the first pitch he saw from Prather well over the scoreboard in right for his second blast in the past four games.

With the single, Burns reached base successfully for the eighth straight game to open the season.

Trailing 5-4 in the eighth, Miami got a pinch-hit double from freshman Dylan Cloonan and a single from Zamora to put runners on the corners and the go-ahead run at first. But FAU reliever Drew Peden managed to keep Miami off the scoreboard with two strikeouts and a lineout.

“They’re battling. We have a lot of young guys. Some guys came through. Zamora came through with a big hit,” Morris said.

Miami got two more baserunners in the ninth, but a game-ending lineout punctuated an Owls win.