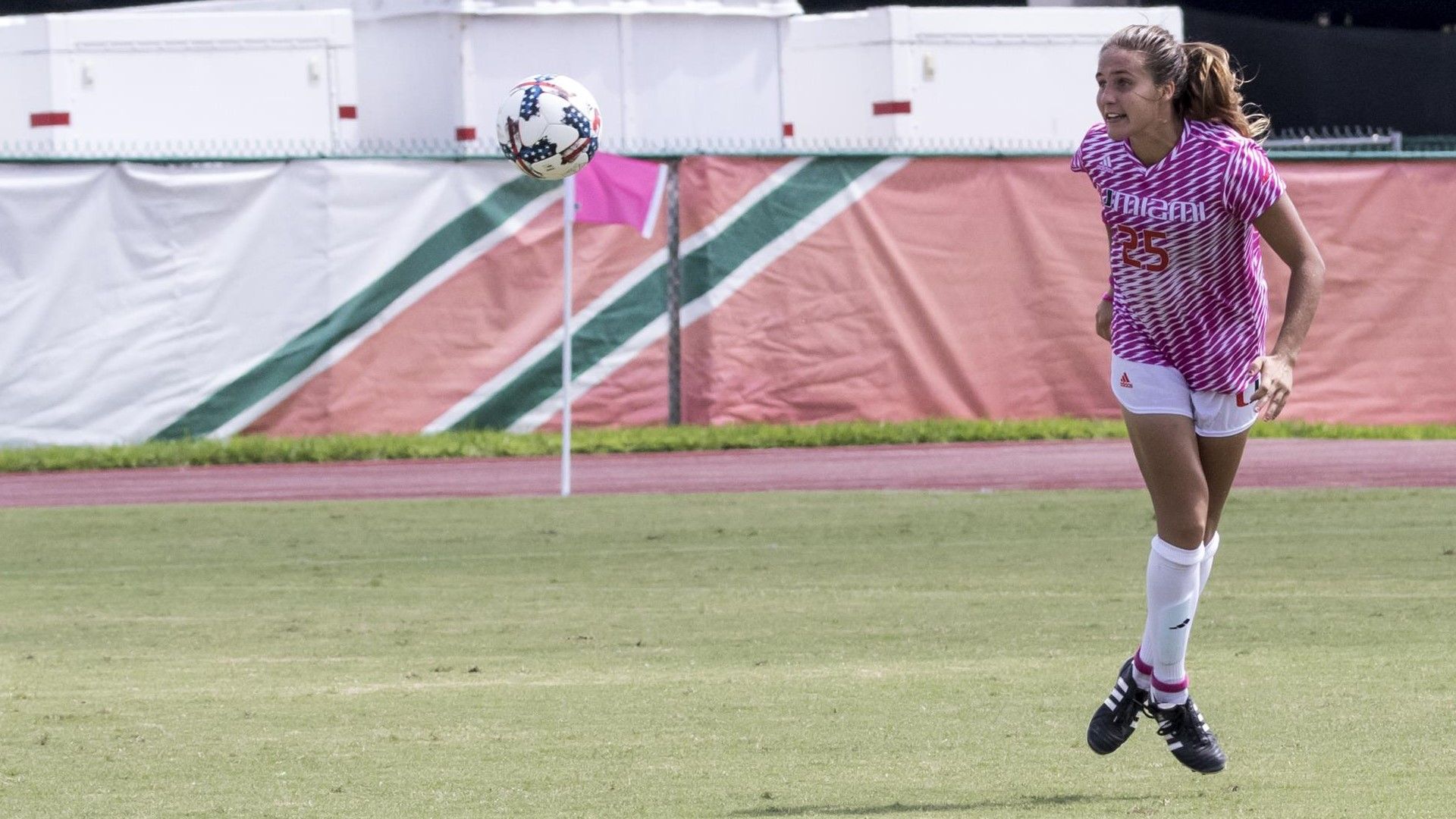 CORAL GABLES, Fla. – The University of Miami soccer team is set to play its third top-15 opponent in a span of seven matches this weekend in the Tar Heel State.

The Hurricanes meet their highest-ranked foe of the season, fourth-ranked Duke, Sunday at noon at Koskinen Stadium in Durham, N.C.

Miami is seeking its first road result against the Blue Devils, dropping each of the previous five away contest versus Duke, three of which came against a top-12-ranked side.

Miami senior forward Ronnie Johnson ranks second in the ACC in shots per game (4.25) and sophomore midfielder Kristina Fisher is tied for fifth in assists per game (0.42). Additionally, redshirt junior goalkeeper Phallon Tullis-Joyce ranks second in saves per game (5.25) and fifth in save percentage (.818).

Duke boasts a 13-1-0 (6-0-0 ACC) mark on the season and has won 13 straight outings since dropping its season opener in in overtime against North Carolina. Last year, the Blue Devils finished 15-5-3 (7-2-1 ACC) and made the NCAA Elite Eight, falling, 1-0, to a West Virginia team that featured current Miami junior defender Dalanda Ouendeno.

Sunday’s contest will be broadcast live on RSN with Bob Rathbun and Richard Broad on the call. A list of local affiliates televising the matchup can be found HERE.

In addition, the action will be shown on ACC Network Extra HERE, subject to blackout, and live stats for the affair will be available HERE.

After taking on the Blue Devils, the Hurricanes return home, where they will host Pittsburgh at Cobb Stadium Oct. 19 at 7 p.m.