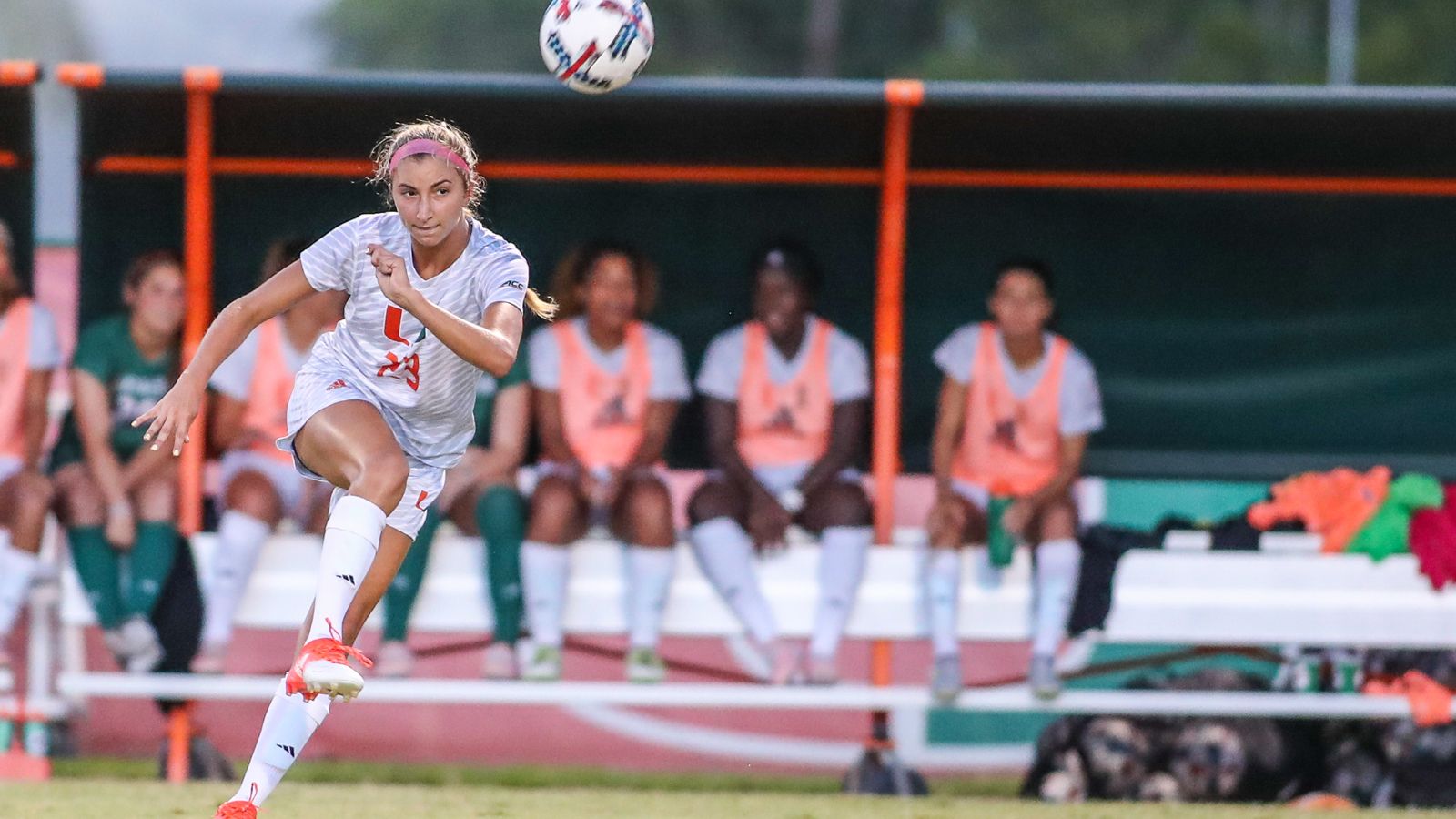 It marked the fifth time this season the Hurricanes have been on the short end of a 1-0 score, including the fourth such occurrence in ACC play.

“We came out, we had a game plan, our team played really well and they fought,” Miami head coach Mary-Frances Monroe said. “Unfortunate that such a soft goal that went in and it was unfortunate for us that we couldn’t find the back of the net. We clearly had chances, we had more dangerous changes and I think we outplayed them.”

In the 22nd minute, Syracuse (7-5-2, 2-3-1 ACC) registered the match’s lone goal on the opening shot of the contest. Sophomore defender Taylor Bennett sent a long-distance strike that redshirt junior goalkeeper Phallon Tullis-Joyce was unable to corral and slipped into the net to put the Orange ahead.

Moments after checking into the match, Tia Dupont nearly leveled the score in the 31st minute. The freshman forward’s close-range shot off a corner kick sailed just over the crossbar.

Two minutes later, Dupont again almost contributed to a match-equalizing goal. The Sicklerville, N.J., native played a superb ball into the box to senior forward Ronnie Johnson, whose header bounced off the post.

Dupont contributed on another quality scoring chance in the second half and finished the match with a season-high 60 minutes of action.

“It’s really nice to have some energy there from a freshman. She has a lot to learn, but her intensity out there and some of the things that she does, the rest of our attacking group doesn’t,” Monroe said. “She just wants to get a touch on the ball, where we’re sometimes looking for the perfect play. She just gets out there and she grits it out. She definitely gave us some energy out there.”

Miami (4-8-0, 0-6-0 ACC) had a chance in the 65th minute after sophomore forward Dejah Cason was taken down just inches outside the box. Sophomore midfielder Kristina Fisher’s free kick was blocked away and the Orange maintained the lead.

Tullis-Joyce made a superb save in the 83rd minute to keep the Hurricanes within a goal, but Miami was unable to even the score. The Shoreham, N.Y., native finished with seven stops, her sixth straight outing with at least five.

Syracuse ended the match with 11 shot attempts, while Hurricanes trailed just behind with nine shots on the day.

Wednesday’s match was a postponement from an initially scheduled date of Sept. 15, with the match pushed back due to Hurricane Irma.

Miami is set to continue its conference slate Sunday at noon against fourth-ranked Duke at Koskinen Stadium in Durham, N.C. The match will be televised live on RSN.