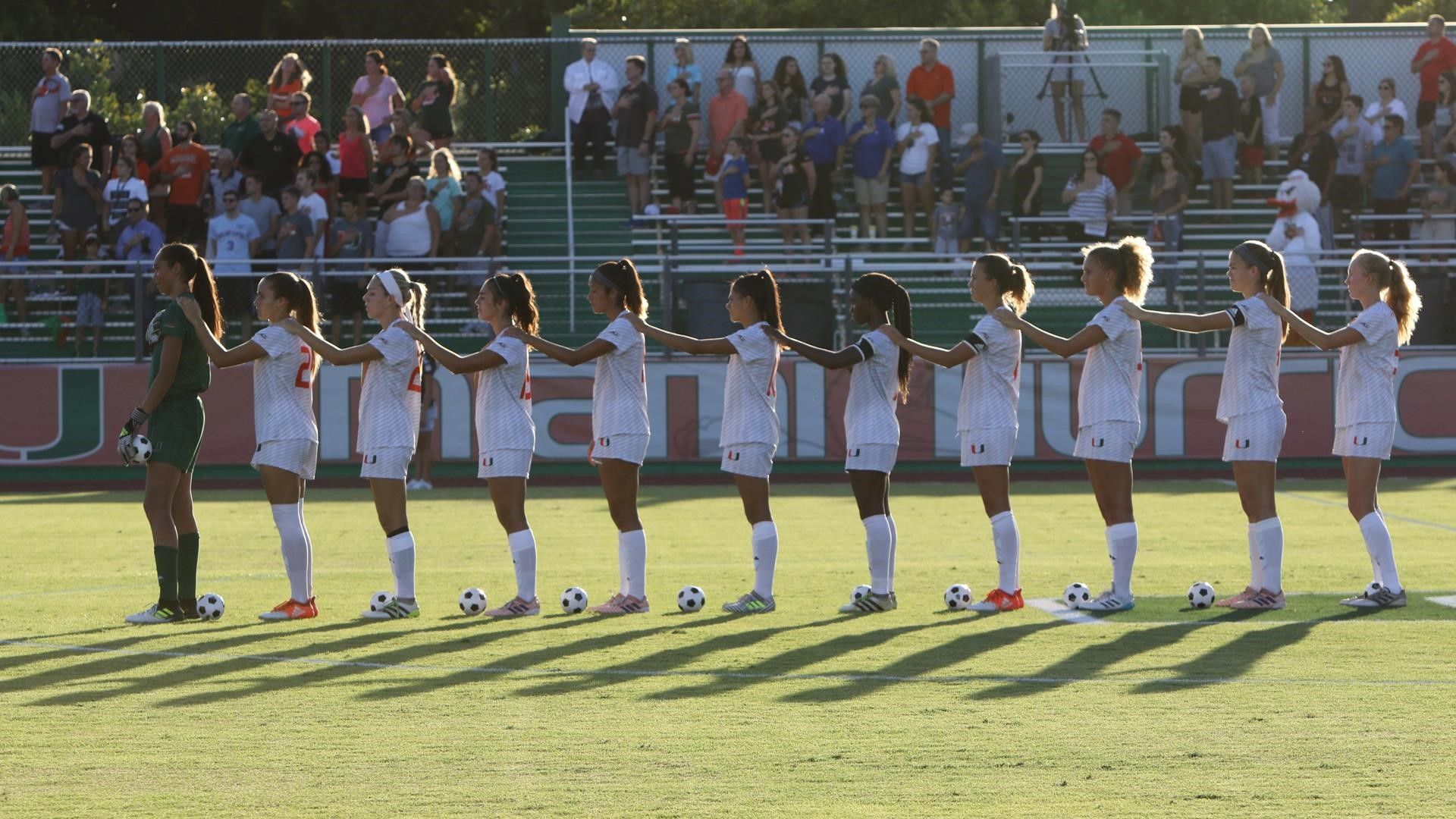 The Hurricanes are set to square off with the Eagles at noon at Cobb Stadium. The teams have split their last four matches evenly, with victories each way bookending a pair of draws.

Most recently, in 2015, the sides played a thrilling overtime contest in Chestnut Hill, Mass. Boston College earned a 5-4 win despite a Miami record-tying four goals by forward Gracie Lachowecki.

The matchup will feature siblings facing one another, as Miami junior midfielder Niccola Venezia’s sister, Francesca, is a sophomore forward for the Eagles.

Sunday’s contest will be broadcast live on ACC Network Extra HERE and live stats for the matchup can be found HERE.

As is the case with all home matches, entry to Sunday’s meeting is free to all fans. The game is pink day at Cobb Stadium and the first 100 fans will receive a pink shirt at the marketing table, which will also have team posters. Additionally, Miami will be joined by an honorary captain from the Austen Everett Foundation.

After meeting the Eagles, the Hurricanes head to Syracuse, N.Y., to for their rescheduled match against Syracuse, set for Oct. 11 at 1 p.m.